Carmel swim program in a league of its own

Despite all the success, Carmel has never had a swimmer make it to the Olympics - until now. 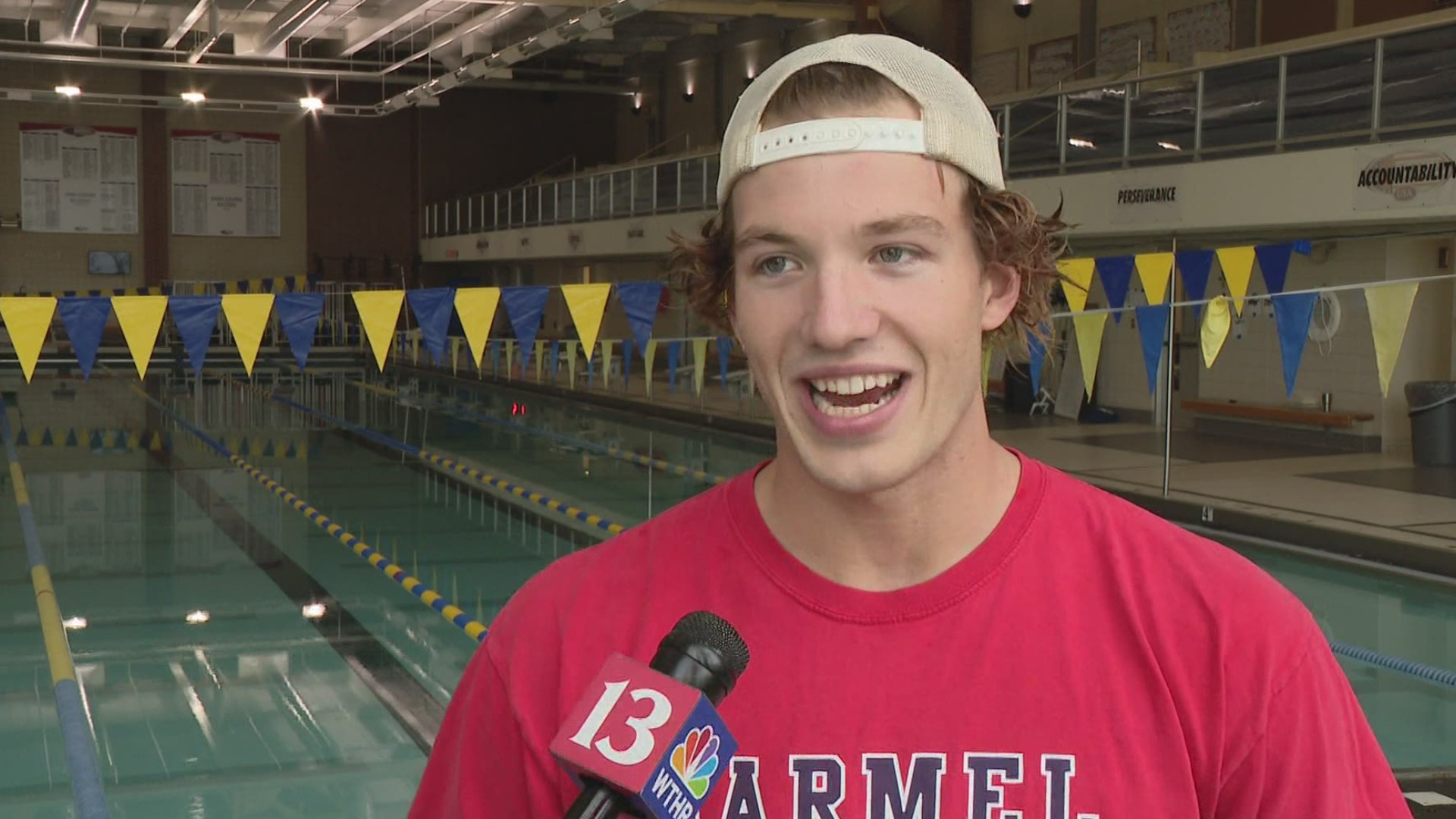 CARMEL, Ind. — Indiana swimmers are well-represented on the U.S. men's team at the Tokyo Olympics.

One of them is Carmel grad Drew Kibler. He was once part of the dominant high school swim program there.

When it comes to high school swimming, Carmel is in a league of its own. They've dominated the competition for many years.

There's something special about this program.

"I think it's about how we set our standards," said coach Chris Plumb. "We never try to win high school championships, though we win a lot. Our goal is the national and Olympic stage, so we have been climbing to get there. To finally have these guys break through has been fun. We have been in international meets the past 5-6 years."

Despite all the success, Carmel has never had a swimmer make it to the Olympics -  until now.

There are two Carmel grads on Team USA.

Drew Kibler graduated in 2018 and goes to the University of Texas. He competed in the finals of the men's 4x200 freestyle relay for the U.S. team, finishing fourth.

He's had Olympic dreams since he was a kid.

"Absolutely," he said. "I had a Phelps '08 shirt. I remember wearing it to recess, telling everyone I want to go to the Olympics when I get older. It's always something I wanted to do. From the minute I started swimming. I looked up to the Olympians, so its pretty cool to finally be here."

Jake Mitchell graduated from Carmel last year and swims at Michigan. He advanced to the finals of the 400-meter freestyle for Team USA.

"I am incredibly proud to represent Carmel," Mitchell said. "Feels good, because there have been so many swimmers before you. Definitely doing it for all of them and those to come."

Both swimmers came home before the Games to train where it all started, with their high school coach smiling like a proud parent.

"They are great people out of the water as well," Plumb said. "High character. They make each other better, teammates better, excited to come to the pool and do the hard work. They want to learn how to be better athletes and better people. Coaching them has been a blessing because I got to learn so much from them and they learn from me. Just a great team. High character guys."

So the Greyhounds are on the international stage, focused on bringing home a medal.

"Oh my gosh, it would just mean everything for us, for them," Plumb said. "I mean, you set your standards high, but to be one of the best in the world on a certain day? Just unbelievable."

The smiles tell the story. Drew Kibler and Jake Mitchell, living out their dreams, with all of American cheering them on.