KRAVITZ: Slur accusations against Lamey appear to be the reason for the announcer's sudden retirement

The Colts made it sound like Bob Lamey, the team's long-time radio play-by-play man, had simply retired after a long, challenging trip to Seattle that left him wondering if he wanted to go through the NFL grind once again. 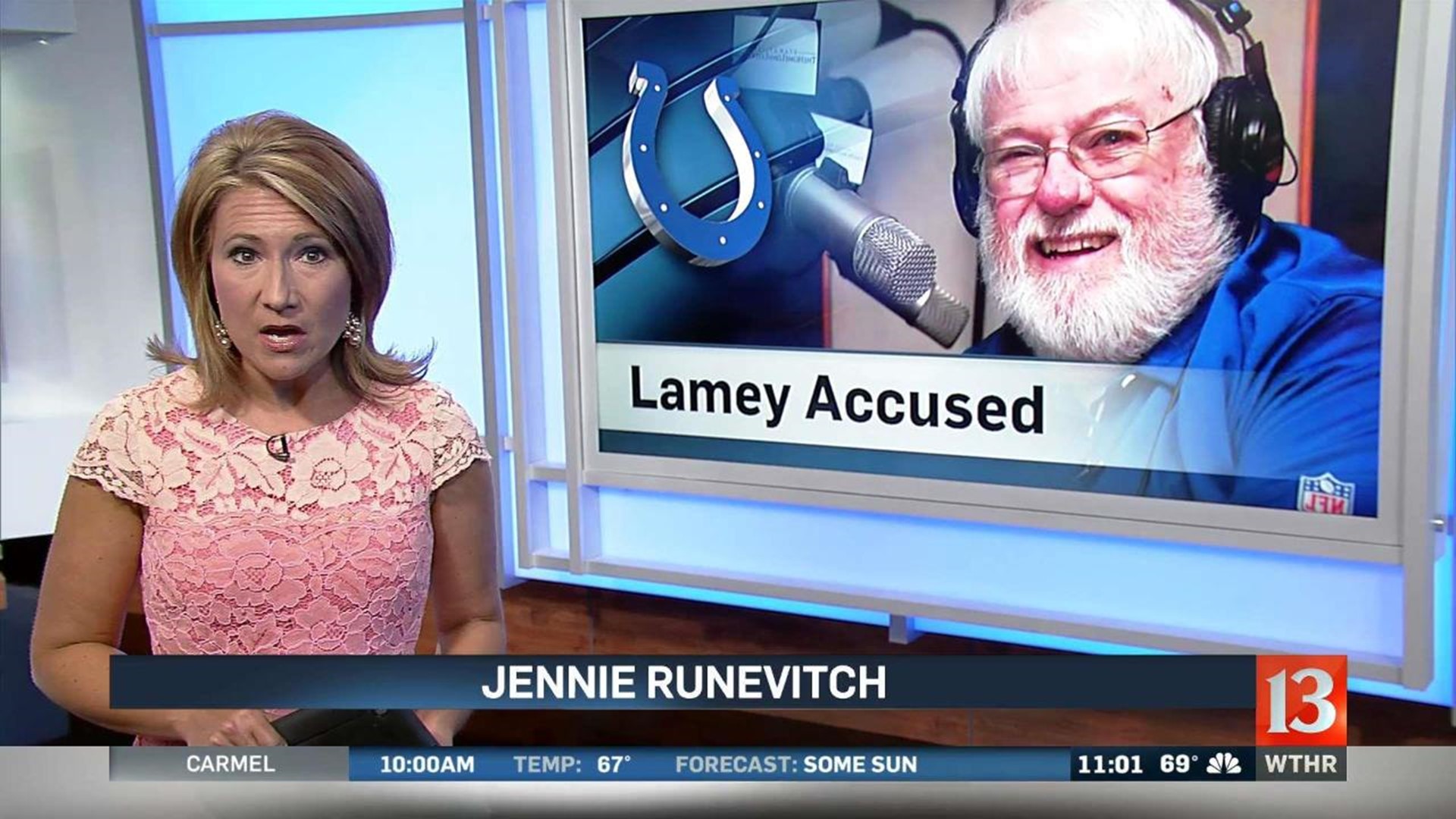 The Colts made it sound like Bob Lamey, the team's long-time radio play-by-play man, had simply retired after a long, challenging trip to Seattle that left him wondering if he wanted to go through the NFL grind once again. No, that's not how they made it sound – that's what they SAID, bald-faced, without hesitation or second thought, right to my face and the faces of several journalists around Indianapolis.

Now, as WTHR has reported, that's a 57-yard Adam Vinatieri field goal away from the complete truth.

The truth: Last week, an Emmis Communications employee who worked recently with Lamey complained to her human resources department, saying she clearly heard Lamey use the N-word off the air as he retold a story he remembered hearing years ago.

The truth: Emmis turned to the Colts and put the ball in their court.

The truth: A few days after the Colts received the complaint from the Emmis employee, they investigated and approached Lamey Saturday, ultimately stunning the whole city Sunday by saying the 79-year-old announcer was retiring.

I can surely understand why the Colts dissembled; don't condone it, don't recommend it…but I can understand it. They wanted to to protect Lamey from embarrassment and backlash. He's been their announcer for 32 of the franchise's 35 years; how to best navigate this in such a way that Lamey could leave with his dignity and reputation? Hey, I've got an idea. Let's just say he retired on his own.

For a lot of us who follow the Colts, this smelled funny from the beginning. Lamey was at every practice the week after the Seattle trip, which supposedly wore him down so dramatically. Just a few weeks back, I wrote a column that quoted Lamey saying his health was terrific and he was as juiced as ever about his 32nd season working Colts' games. The telltale sign, though, came after the retirement announcement; Lamey, who is normally accessible at all times, went radio silent. No returned phone calls, no texts – except one Tuesday when he wrote I should call his lawyer, Jim Voyles.

The timing, the circumstances were just too strange to be true. But what could you do? Without solid information, you couldn't guess. You could only pass on what you'd been told by Colts' sources, all of whom were spewing the bogus company line.

Well…now we know, at least if you're willing to put two and two together and get four. Again, look at the timeline. Complaint to Emmis regarding Lamey, complaint to the Colts, Lamey retires shortly thereafter. It's a logical conclusion, no matter how loudly Voyles denies the story or how the Colts ignore the story altogether.

Voyles, who is acting as Lamey's attorney, sent out this statement around 10:45 Tuesday night.

"Bob Lamey, the former Voice of the Colts, retired from the Indianapolis Colts on August 18 following a career that spanned over four decades. Bob was not fired by the Colts as some in the community have speculated. Bob has been in the sports broadcasting arena for almost 44 years and is 80 (actually 79) years old.

"It should be noted that Bob does want to acknowledge that while repeating a story while off-the-air last week to a friend at a local radio station, he used an inappropriate word that had been used in the story. Bob immediately apologized to the people involved for the comment and would hope that this error in judgment would not tarnish his long-held reputation in the sports community where he has been known as an accurate and passionate reporter.''

Honestly, it's sad. It's sad when one of the local broadcasting's legends goes out this way. In a more perfect world, he would have walked off into the sunset with his head held high, with no regrets. Lamey wasn't everybody's cup of tea – he was kind but gruff at times – but his impact on Indianapolis was undeniable, from Hockey Bob to the Voice of the Colts.

Had he lost a few miles off his fastball in recent years? I don't listen to the radio broadcasts – I'm, you know, covering the game at the stadium – but my friends who did told me he was misidentifying plays and players with greater frequency in recent years. But tell me, who doesn't lose a bit of their edge as the years pass by? He's almost 80 years old.

There was also the incident when he said, on the air, "The game is finally (bleeping) over.'' Lamey told me back then he didn't recall having said it, and still doesn't believe that word ever came out of his mouth. I would challenge that: I heard the tape and it sounded quite clear to me, but still, there were no complaints, no FCC violations and the issue faded away.

He was still the Voice, still the guy whose self-admitted homerism was necessary for a newly relocated franchise that was looking to build its local brand. Lamey was the right announcer at the right time for the right team, and whether you choose to see his legacy now as battered or somehow diminished, that's your call.

I still see 32 years. I still see someone who survived the business and became an announcing icon. And I've never, EVER, believed that one bad moment – one bad moment like this one – should define a man or a man's career.

I still believe he belongs on the Ring of Honor, although that's going to be debated long and hard.

I still believe the radio booth should be named after Lamey.

Now, is Lamey racist? Here's the honest answer: I don't have a clue.

I've never heard anything from him that would suggest he has racist tendencies. But what's in a person's heart? I don't know Lamey well enough to say that I know his heart. All I know is he worked for more than three decades in the NFL, a sport that has a sizeable African-American population, and I know he treated all the players with professionalism and respect. Let's just say, if you're a virulent racist with hate in his heart, the second-to-last place you're going to want to work is the NFL – with the NBA being first.

According to the Emmis employee, Lamey did not tell a story in which he used the N-word; what he did was re-tell a story he heard long ago, during which the original teller of the story used the N-word. So does that make a difference? Not in my mind. That word should not be used, especially by white people. I don't use it and I speak up when others around me use it in my presence. If that makes me a soft-hearted liberal, so be it.

It was a really dumb mistake by someone who should have known better, and I applaud the Colts for taking quick action to address the issue. I understand why they tried to pass this off as a retirement. They had Lamey's best interests and his reputation in mind.

For Lamey, it's a lousy way to end a brilliant career, a terribly sad way to say goodbye. He's still a legend, still a broadcasting icon. His voice made him matter in this city, and then his voice – and one terrible, regrettable slur – that brought that career to a bitter end.