KRAVITZ: On Fuel hockey, and the debut of the world’s most nervous TV analyst

The Fuel’s season opener is Friday night at 7:35 at the Coliseum, and it’s my first time, and hopefully not last time, as their part-time color analyst. And yes, I’m scared to death. 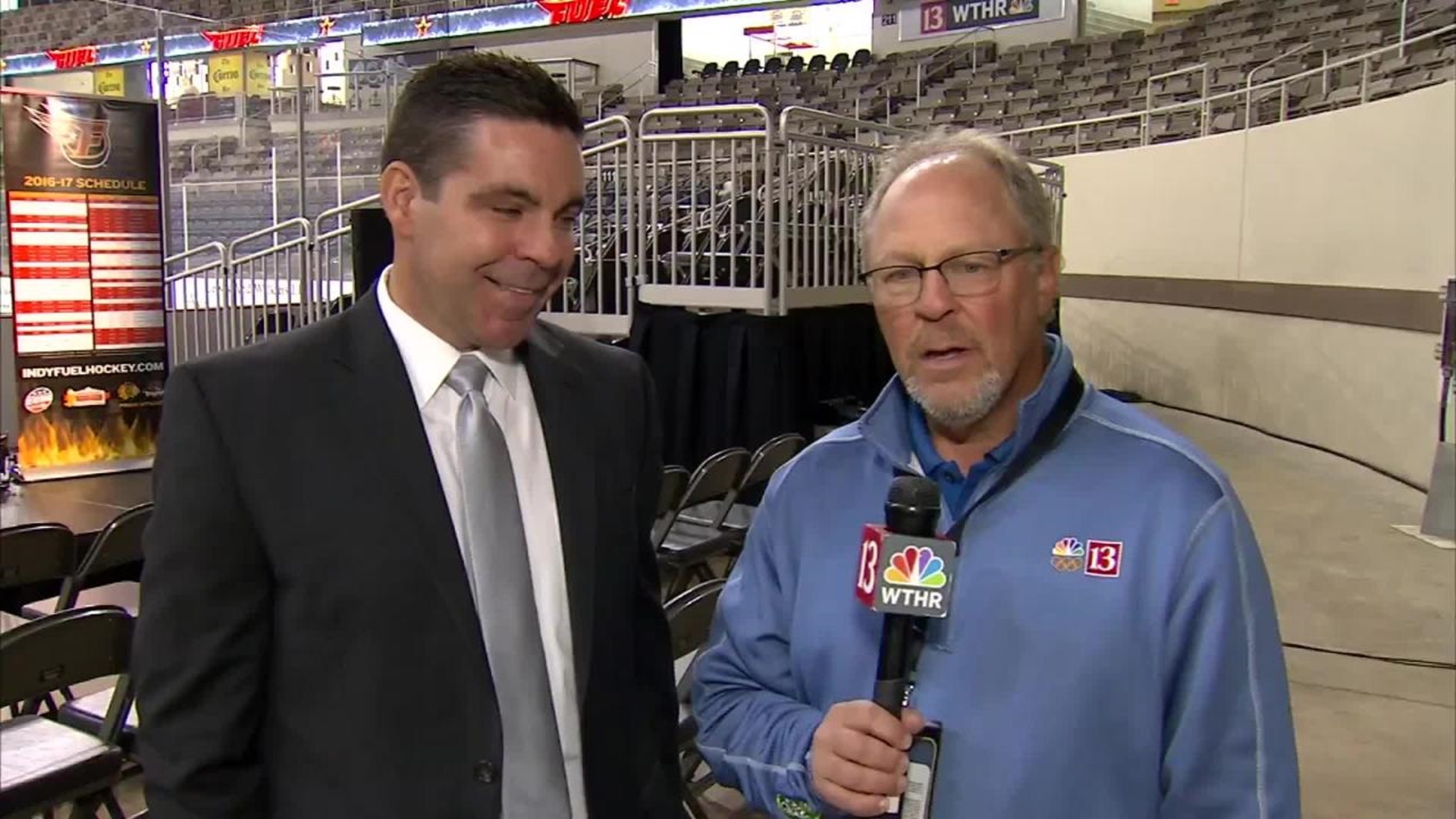 INDIANAPOLIS (WTHR) - I have three goals as I embark on Friday night’s debut as a color TV analyst (COZI-13.2) for the Indy Fuel hockey club:

This, friends, is going to be interesting. The Fuel’s season opener is Friday night at 7:35 at the Coliseum, and it’s my first time, and hopefully not last time, as their part-time color analyst. And yes, I’m scared to death. I mean, walking-down-the-aisle-to-get-married scared. Singing-in-front-of-the-congregation-at- my-bar-mitzvah scared. Doing-standup-comedy-at-Crackers-as-part-of-a-celebrity-standup-deal scared.

It’s not that I don’t know the game, although I know it better from the goalie perspective than I do the perspective of forwards and defensemen. I played the game for over 30 years – in high school, college and then men’s leagues and drop in games. I was the part-time goalie coach for Zionsville’s hockey club for a couple of years. And I covered hockey during my 10 minutes at Sports Illustrated in the mid-80’s and covered some great teams in Denver during the Avalanche heyday.

I quit playing some time back when God had the following conversation with me:

OK, Kravitz, you’re in your 50’s, you’re in terrible physical condition, you ache for days after you play against other old farts and your five-hole is bigger than most of our national parks. Did I mention you’re old and out of shape? Quit. Now.

So hockey knowledge isn’t an issue. I know what the neutral zone trap is. I know what a slew foot is. We’re cool there.

My problem is, I don’t know the team very well, at least not yet. I know the head coach, Bernie John, who I’m pretty sure scored on me during a legends game a few years back. I know the assistant coach, Jan Jas. But these players, they’re pretty new to me. Just five players are back from last year’s Fuel team, which is not unusual at the ECHL level. The roster seems to change every day or two, players moving up to Rockford, coming down from Rockford, getting signed or traded from other minor-league teams.

Now, I’m working on it. Hung out with John, the head coach, and got the low-down on every player. Leaned on the Fuel’s PR guy, Brent Hollerud. Read everything and anything I could get my hands on. But if I’m going to be honest, it’s going to be a while, and I’ll be looking at my roster, and my player index cards, every 10 seconds.

“You’ll be fine,’’ they keep telling me.

Well, they told me I’d be fine on TV when I joined WTHR, and it took me two months before I stopped hyperventilating and suffering from the flop sweats every time I went on the air with Dave Calabro’s hair. (Dave’s hair is very intimidating, you should know).

At the same time, I’m excited about this – in a holy-bleep-what-have-I-gotten-myself-into kind of way.

First, the Fuel look like they’re going to be much better in their third year of existence – as they should be. John made it clear the other day his team is poised to make the playoffs, something they failed to do, barely, their first two years. This is a new team, and it’s a new team that has a lot more scoring and wants to play a more up-tempo, wide-open style than they did in the past. A name to know: Kevin Lynch, who will be the center on the Fuel’s top line and was among the ECHL's top scorers last year. Indy tried to win games, 2-1, the past two years. This year, they don’t mind if they give up five, as long as they score six (although the goaltenders won’t be too thrilled).

Second, it’s a chance to be part of a sport that is a personal passion and has been since the day I watched the 1972 Summit Series between the Canadians and Soviets on a tiny black-and-white TV. Hockey feels like home. Hockey is a language I speak, along with profanity, which is actually a dialect within the game. And I’d love nothing better than helping grow the game locally.

I fully understand there are some ethical issues here, issues I’ve worked through and considered along with the WTHR folks.

As a journalist, we are not supposed to do work, or get paid, by the teams we cover. A few years back, the Colts reached out to me about doing something with one of their broadcasts, and I turned it down. The reason was, you can’t take payment, or free tickets, or anything from the teams you cover, especially those on a regular basis. It’s journalism ethics 101. The simple perception that there is a conflict of interest makes it an absolute no-no.

Now, I may be engaging in situational ethics here, but the truth is, I’ve written exactly one blog about the Fuel since they arrived, and can’t imagine I’ll be writing all that much about the Fuel moving forward. Maybe a feature column or two, but that’s about it. I understand, the Fuel are not high on the Indianapolis food chain in terms of interest or their ability to draw readers.

And, for the record, the money I’m making is minimal. Beer money, I call it.

I am in no way attempting to rationalize my decision – OK, I guess I am – a decision which was fully supported by WTHR, who owns COZI 13.2, the station where the Friday and Saturday games will be televised. I’m only saying that this isn’t terribly unusual in this market or most markets. My colleague, Calabro, does work for the Speedway. We’ve got radio talk-show people in town working for the Colts, the Pacers and the Indy Eleven. There’s cross pollination all over the place.

Again, if the Colts, Pacers, IU, Purdue or Butler had asked for my meager services, I would have turned them down immediately, simply because I cover those teams on a regular or semi-regular basis. That would have been a major conflict of interest and a complete non-starter.

The Fuel? A different animal.

OK, then. I feel better.

I’ll try not to curse.