KRAVITZ: Colts strike out in pursuit of big names and now it looks like a clown show

WTHR confirmed Saturday afternoon that the Colts and Peyton Manning have had discussions and have been in negotiations for Manning to take over the franchise either as a president, general manager or both. 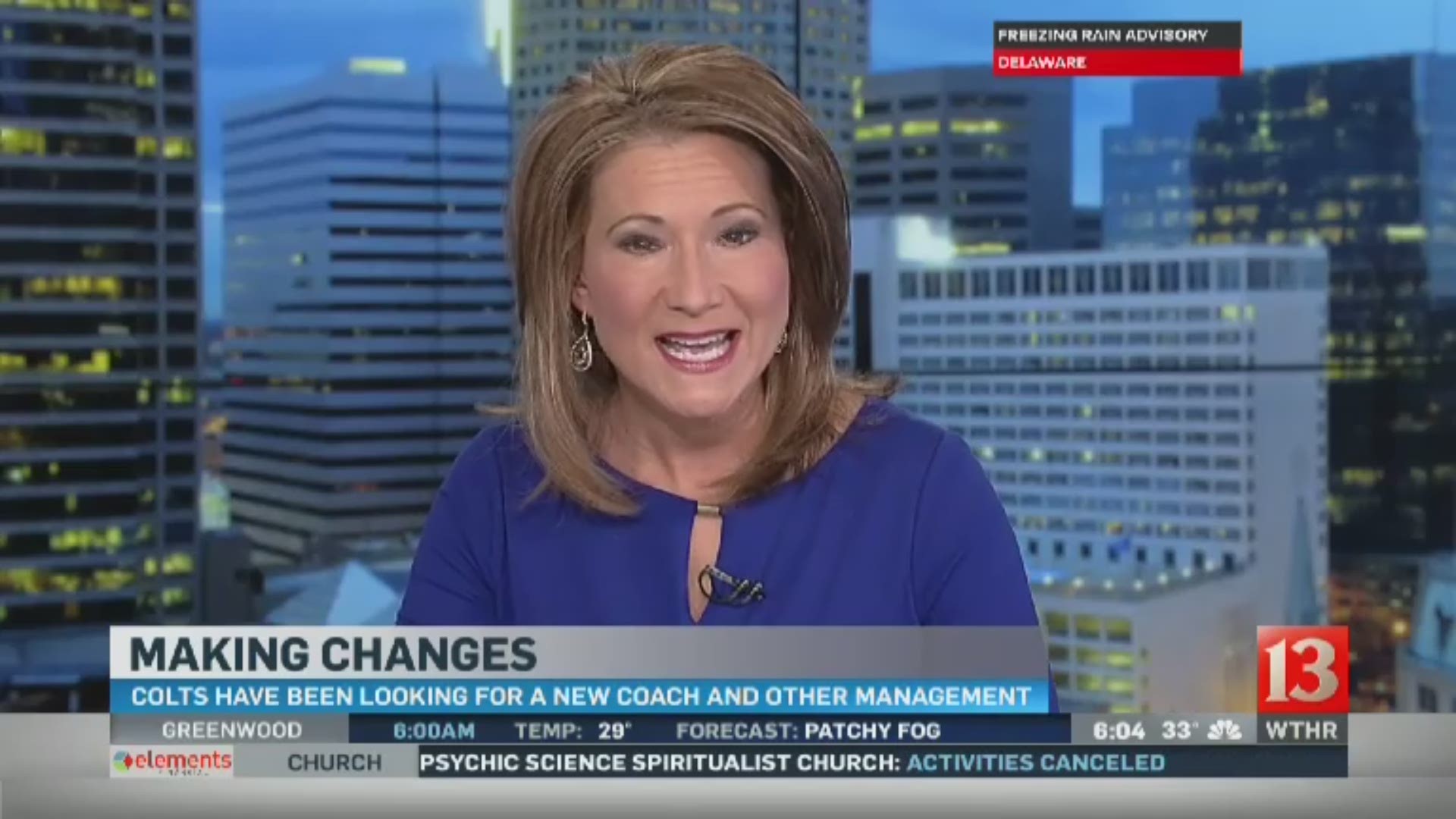 INDIANAPOLIS (WTHR) - Jon Gruden said thanks, but no thanks.

As for Jim Irsay’s other target, WTHR confirmed Saturday afternoon that the Colts and Peyton Manning have had discussions and have been in negotiations for Manning to take over the franchise either as a president, general manager or both. Where those negotiations stand right this minute isn’t altogether clear, although multiple sources told me it’s unlikely Manning will accept the job at this time.

Simply stated, this idea that Irsay is perfectly content to move forward with Ryan Grigson and Chuck Pagano is a complete fairy tale, and it sets up the likely possibility that Irsay will be left (again) with his Plan B (and Plan C) alternatives. Once again, Irsay has given both men, both of them under contract after last year’s startling Kumbaya press conference, a loud and clear no-vote of confidence.

Well... I think Peyton is already a pretty gigantic part of the organization. There's a god damn statue of the guy.. for good reason https://t.co/24JT28vjqM

What he has done is humiliate them and emasculate them, leaving them to fend for themselves as the Colts attempt to rebound from back-to-back 8-8 seasons. What he has done is he’s told them, “I’m not happy with what you’ve done here, I’ve looked far and wide for big-name replacements, I struck out and now I’m stuck with both of you.’’

Talk about an unhealthy work atmosphere.

I know what the Colts are going to say: They’re going to say this is a figment of everybody’s imagination, that they never met with Gruden or Manning. They’re going to say, as they said last year, that they were committed to keeping both men from the very beginning, and this is all a media concoction. Gruden already has spoken out (sort of), telling ESPN’s Adam Schefter, “I know nothing. I’ve told people, I’m not coaching. I’m a broadcaster. I’m not a coach.’’

Which, I should quickly point out, is far different than saying, “Irsay and I never had any discussions about replacing Pagano and possibly Grigson.’’

They will deny, deny, deny and, well, don’t buy it.

If you don’t believe me, believe Schefter, who reported the Gruden dalliance, or believe Fox’s Jay Glazer, who reported the efforts to hire both Gruden and Manning. I had been hearing about attempts to lure both men for roughly 1 ½-to-2 weeks, but couldn’t confirm it in a way that was journalistically satisfactory. Schefter did that Saturday morning. I added the Manning piece later Saturday afternoon. Glazer did it at roughly the same time as I did.

Of course he pursued both men; why else do you think he has thus far failed to publicly commit to Grigson and Pagano? Why has Irsay, who is ordinarily quite transparent and forthcoming, kept such an unusually low profile? Well, this is why. He’s been on the hunt for somebody, or two somebodies, better than the pair he currently employs.

And now that Gruden is out of the picture, and now that it appears, at this moment, like Manning will pass up the offer, we are left with Grigson and Pagano, two men who have just been told the owner has no faith in their ability. Yes, they are getting paid handsomely, thanks to last year’s contract extension for Grigson and new contract for Pagano. But this is like working at WTHR and finding out the station has been looking for a columnist to replace me (not that it would EVER happen…right?).

I have no doubt Grigson and Pagano will be unfailingly professional about it and will continue to work to turn things around with the Colts, but if this doesn’t sting, if this doesn’t hurt deeply, then both men are incapable of human emotions.

Right now, this looks like a clown show, with Irsay cast as Emmett Kelly. If I could sit down with Irsay, and hopefully that happens soon, I would ask this question: If you knew you were dissatisfied with Grigson and Pagano, why didn’t you start reaching out to Gruden and Manning many weeks ago, well before the end of another frustrating season? It’s not like either man was coaching elsewhere and was not allowed by NFL rules to talk to a team. That’s seems quite curious to me – even ridiculous.

Look, if Irsay has questions about Grigson and Pagano, he should move on. You don’t stay in a bad marriage just because you don’t know if there’s a better mate out there. But Irsay passed up the opportunity to interview one of the many coordinators who’ve since gotten head coaching jobs – Sean McDermott, Sean McVay, Anthony Lynn, Vance Joseph and others.

Instead, he went for the grand slam. And he whiffed.

And that’s a bad look – a really, really bad look.

How does he fix this? I’m not sure he does. Or he can.