Mike Pence bolted Lucas Oil Stadium after roughly 25 Niners kneeled during the national anthem. It was a cynical and appalling exercise in political theater, and re-ignited the Trump administration’s war against free speech and political dissent. 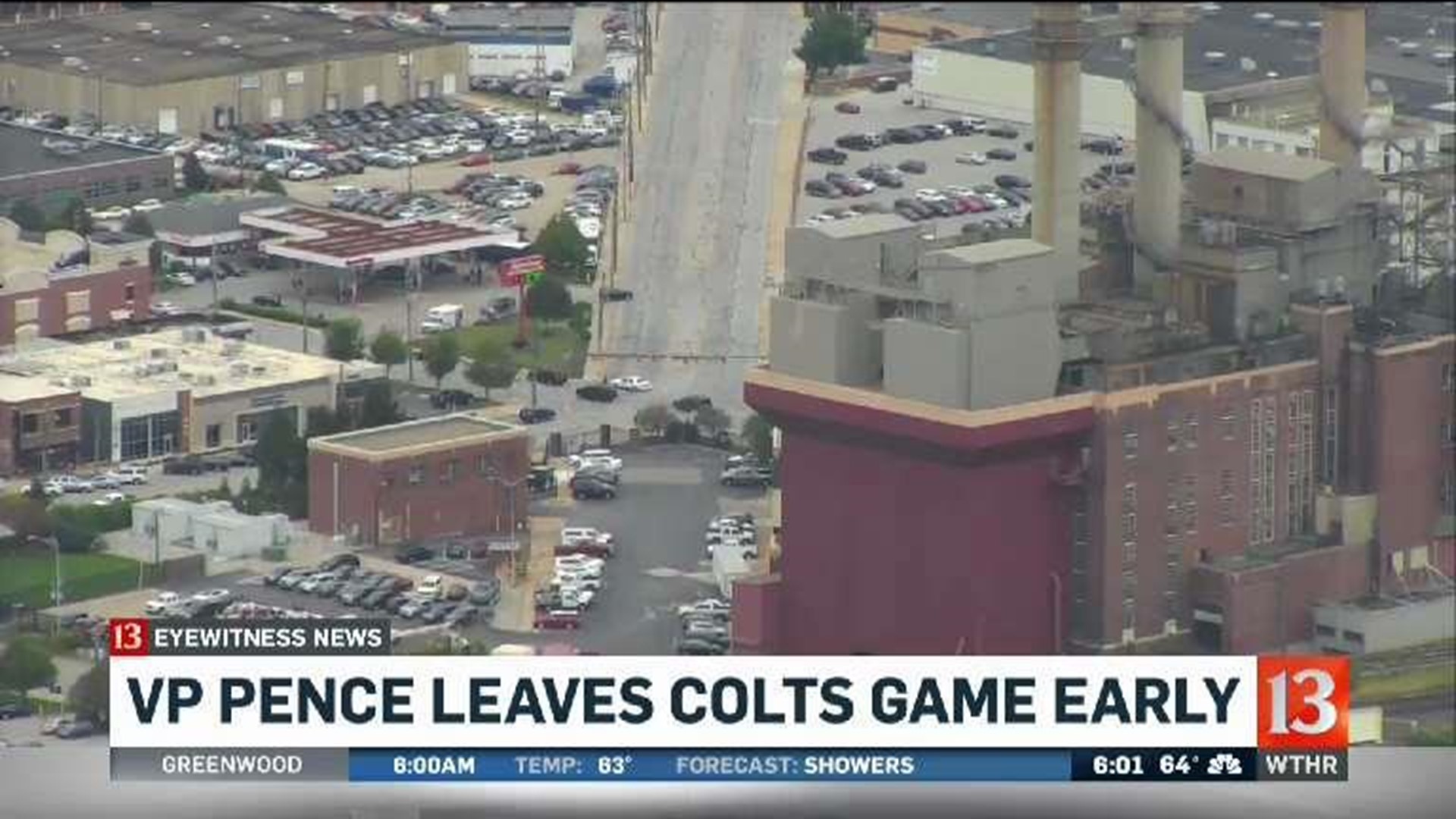 INDIANAPOLIS (WTHR) - We will talk about football in a column to be posted shortly, and that’s a promise. We will talk about how Adam Vinatieri kicked the 27th game winning field goal of his soon-to-be Hall of Fame career, bailing out his teammates, who somehow gave up two touchdowns in the final minutes and were forced into overtime by the San Francisco 49ers. We will talk about how the crisis was averted on Peyton Manning weekend, how the Colts remained somewhat relevant by winning their second game of the season, both coming over winless teams (the Browns and Niners).

But I cannot and will not ignore the elephant in the room, or better yet, the elephant who left the room, Vice President and former Indiana governor Mike Pence, who bolted Lucas Oil Stadium after roughly 25 Niners kneeled during the national anthem. This was a cynical and appalling exercise in political theater, and re-ignited the Trump Administration’s war against free speech and political dissent. The fact that he chose this weekend, a weekend when the Colts were unveiling Manning’s statue, retiring his jersey number and adding him to the Ring of Honor, makes it all the more tone deaf and inappropriate.

Pence came back to Indianapolis for one reason and one reason only: To stage this grandstanding walkout.

What? He didn’t know the Niners would kneel en masse? Heck, the Niners invented the art of kneeling for the anthem. The name “Colin Kaepernick’’ ring a bell? Last week, roughly half the Niners team kneeled during the anthem. If Pence did not know, he is either dimmer than originally believed, or his advance people should be fired for ignorance and negligence. Of course they were going to kneel. And of course, Pence was going to stage his theatrical walkout, acting like he was shocked – shocked, I tell you – that some NFL players chose to stage their peaceful protest.

I stand with @POTUS Trump, I stand with our soldiers, and I will always stand for our Flag and our National Anthem. pic.twitter.com/B0zP5M41MQ

“…this looks like a PR stunt to me,’’ said Niners’ player Eric Reid, who was among the first to kneel alongside Kaepernick. “He knew our team has had the most players protest. He knew we were probably going to do it again. And so this is what systemic oppression looks like – a man with power comes to the game, tweets a couple of things out and leaves the game with an attempt to thwart our efforts. Again, based on the information I have, that’s the assumption I made.’’

It was not only appalling and planned, it was expensive. It cost the taxpayers hundreds of thousands of dollars for Pence to fly here for the game, only to have him leave before the opening kickoff. There was a reason Colts fans were asked to come early: Pence and the Secret Service and all the other security detail were on the way, so arrive early and avoid any inconvenience. That didn’t help the Indiana Pacers, though, whose flight was held up to make way for the departing Pence flight, at least according to a tweet from Pacers PR man David Benner.

Don’t think this was pre-arranged? Members of the Pence press pool – and heaven help this country’s political reporters – were told to remain in their vans and not bother entering Lucas Oil Stadium. We knew he was going to leave a bit early for a fund-raiser in Los Angeles, but not immediately after the anthem, tweeting shortly after his exit, “I left today’s Colts game because @POTUS and I will not dignify any event that disrespects our soldiers, our Flag, or our National Anthem.’’ Naturally, President Donald Trump followed up: “I asked @VP Pence to leave stadium if any players kneeled, disrespecting our country. I am proud of him and @SecondLady Karen.’’

It was all a big, cynical show, par for the course for this administration.