Hundreds of people came out to watch the first night of taping for "American Ninja Warrior" on Monument Circle, but the weather had other plans. 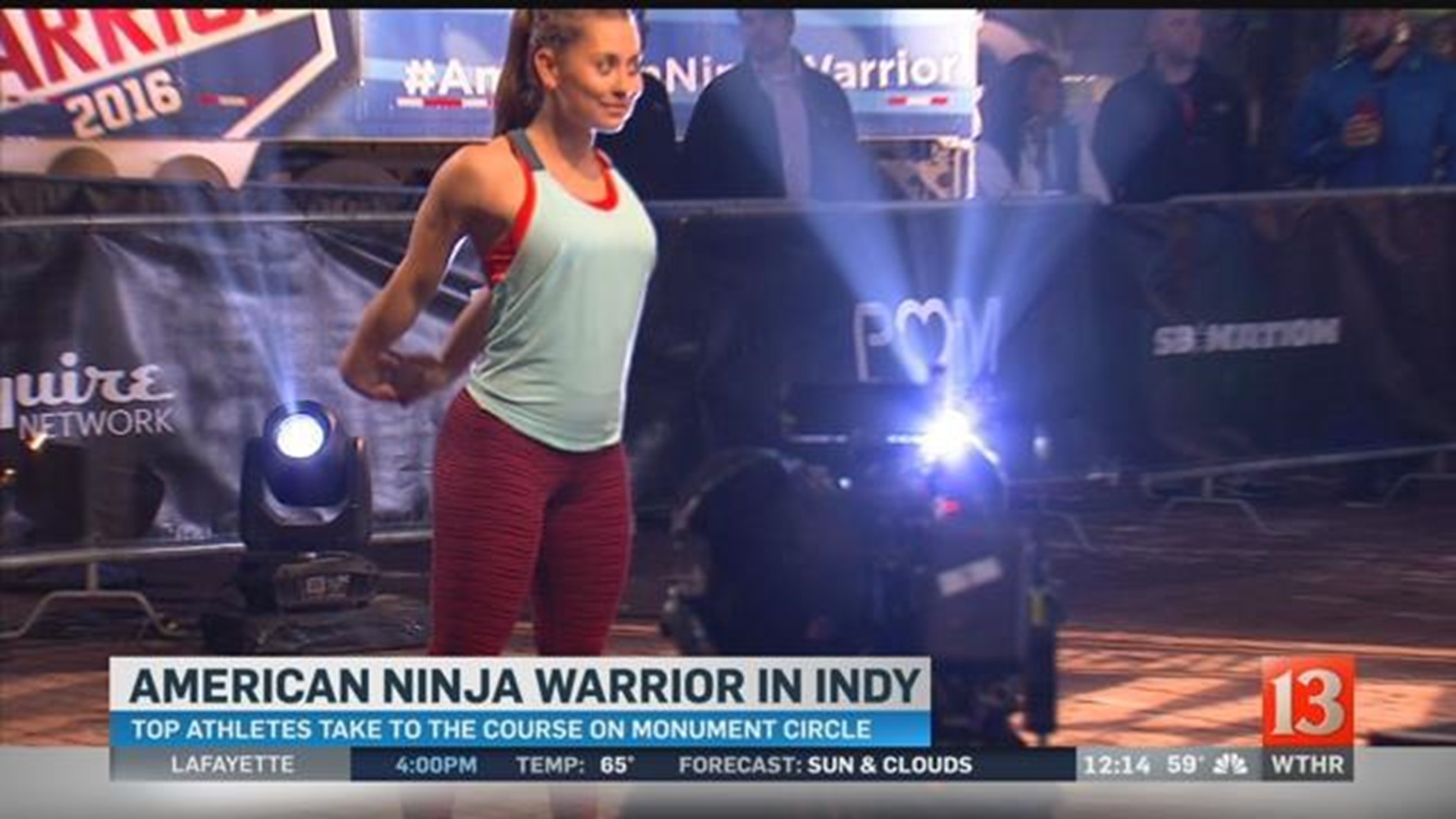 Hundreds of people came out to watch the first night of taping for "American Ninja Warrior" on Monument Circle, but the weather had other plans.

IndyCar drivers Helio Castroneves, Tony Kanaan and Josef Newgarden were among those waiting for their turn to run the course late Wednesday night, but heavy rain halted the competition shortly after it began. Lightning in the area later sent competitors and fans indoors.

While Newgarden and Kanaan will run the course Thursday evening, Castroneves waited out the weather and made his attempt shortly after 1 a.m. Thursday. NASCAR driver Ricky Stenhouse Jr. also hoped to run the American Ninja Warrior course.

"What they do is amazing. That took every muscle in my body to do. I'm breathing this hard and I was only up there for what, 30 seconds? Now imagine doing that all the way through this course," Spells said.

Bailey Story and his grandma drove seven hours from Tennessee so the 12-year-old could watch his favorite show in-person.

Bailey is missing four days of school for what his grandmother, Teresa Marshall, calls an "experience he'll never forget."

"This is the craziest thing I've seen," said fan Conrad Storz. "The course is amazing this year. The new challenges are great!"

For Kori Walker, the opportunity to get a front row seat to the action is extra special.

"I have multiple sclerosis," Walker said. "In 2014, I was completely bed-ridden. I spent every day watching every episode, and even though I'm out here with my cane, I'm just happy to be here!"

The Indianapolis competition will air June 13 on Channel 13.