The co-founder of Not My Mascot said it's time to retire everything related to the old name, including jerseys, banners and any other gear. 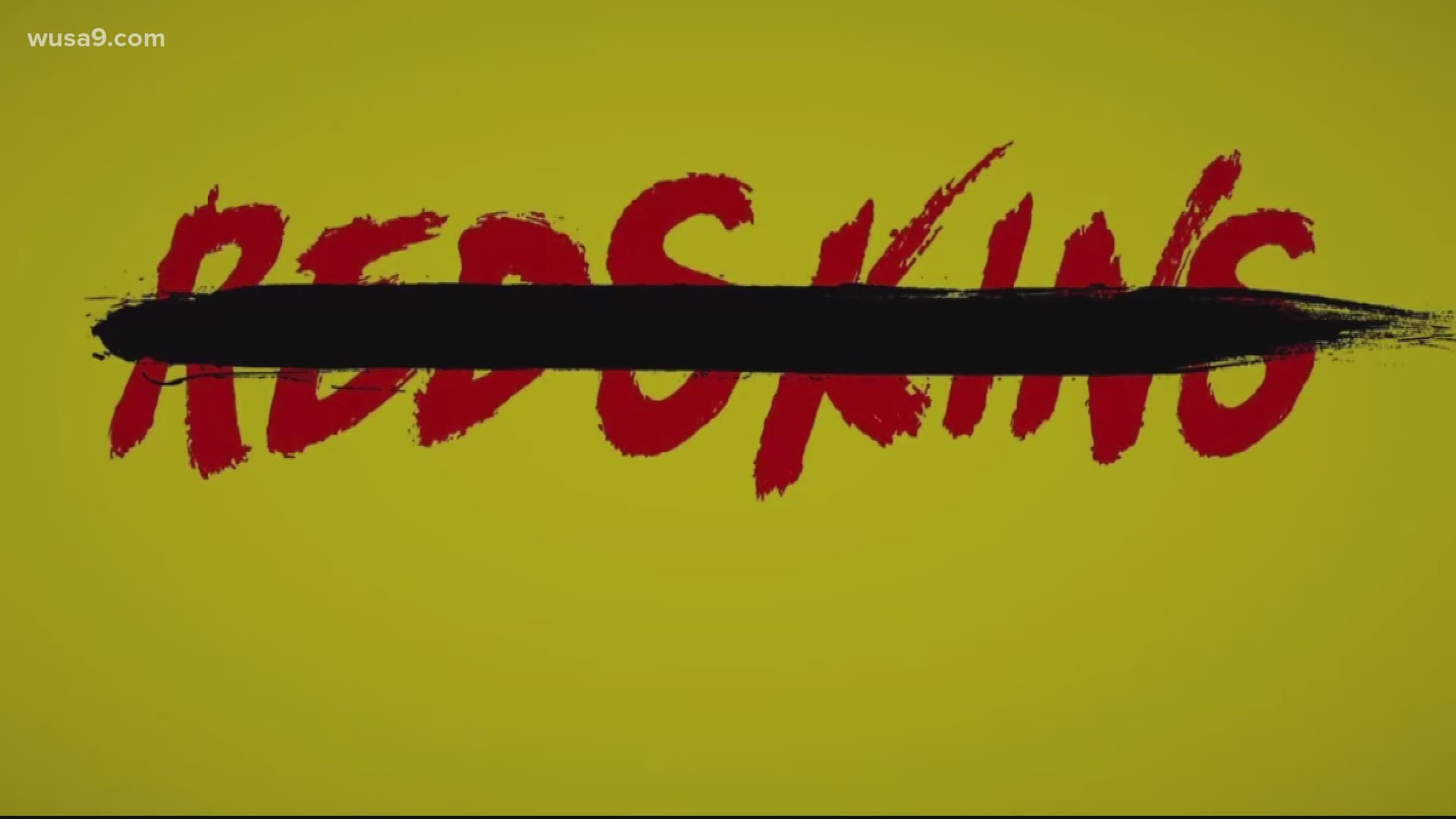 WASHINGTON — Washington's NFL team said Monday that it has officially retired the team name it has used since 1933.

So what should fans do now with that old burgundy and gold t-shirt, or their jerseys and banners?

Throw them away, one Native American activist said.

"It's time to retire it," Tara Houska, a tribal lawyer in D.C., said. "Let it go. Nostalgic racism is still racism ... It doesn’t make it any less racist to wear it because the name has changed ... You should know better than to dress up as another race of people."

"Get rid of it. Should have gotten rid of it years ago," N. Jeremi Duru, a professor at Washington College of Law at American University who focuses on issues in sports, agreed.

RELATED: VERIFY: Did a poll show that 9/10 Native Americans were not offended by Washington's NFL team name?

What should you do with your old #Washington football 🏈 gear? “Get rid of it!” says Native American activist @zhaabowekwe “It doesn’t make it any less racist because the name has changed.” @wusa9 pic.twitter.com/hBPJxO6ZrW

Houska is a co-founder of Not My Mascot. She was coming back to D.C. from volunteering to help tribal members on the Navajo nation, which has been ravaged by COVID-19, when she heard the news that the Washington football team had committed to changing the name she's been fighting for years.

Greg Deal, a Native American artist and activist, pointed out that Washington's name isn't the only name that needs to go.

"Really the end goal is all indigenous mascot team names need to change," he said. "But the Washington football team is at the front of that."

Some fans have waxed nostalgic on social media. Conservative writer D'Nesh D'Souza suggested the team should be renamed the Washington Wussies.

Some suggested names for the Team Formerly Known as the Washington Redskins:

1. Team Formerly Known as the Redskins

But Duru said the protests for racial justice have been like an earthquake that is shaking American sports and society.

"People are making the statement that no, Colin Kapernick was right to kneel. No, the Washington football club is right to change the name," Duru said. "The majority of Americans are getting behind a true and honest conversation about race."

Washington coach Ron Rivera has said he wants the new team name to still honor Native Americans. But Houska and Greg Deal said they're hoping the team moves on and lets Native Americans define their own culture.

Gear on the team website was 20% off Monday morning after the announcement. By the afternoon, it had dropped to 30% off.