On a day when hundreds of high school athletes committed to their college of choice, Butler University signed one very special young prospect. 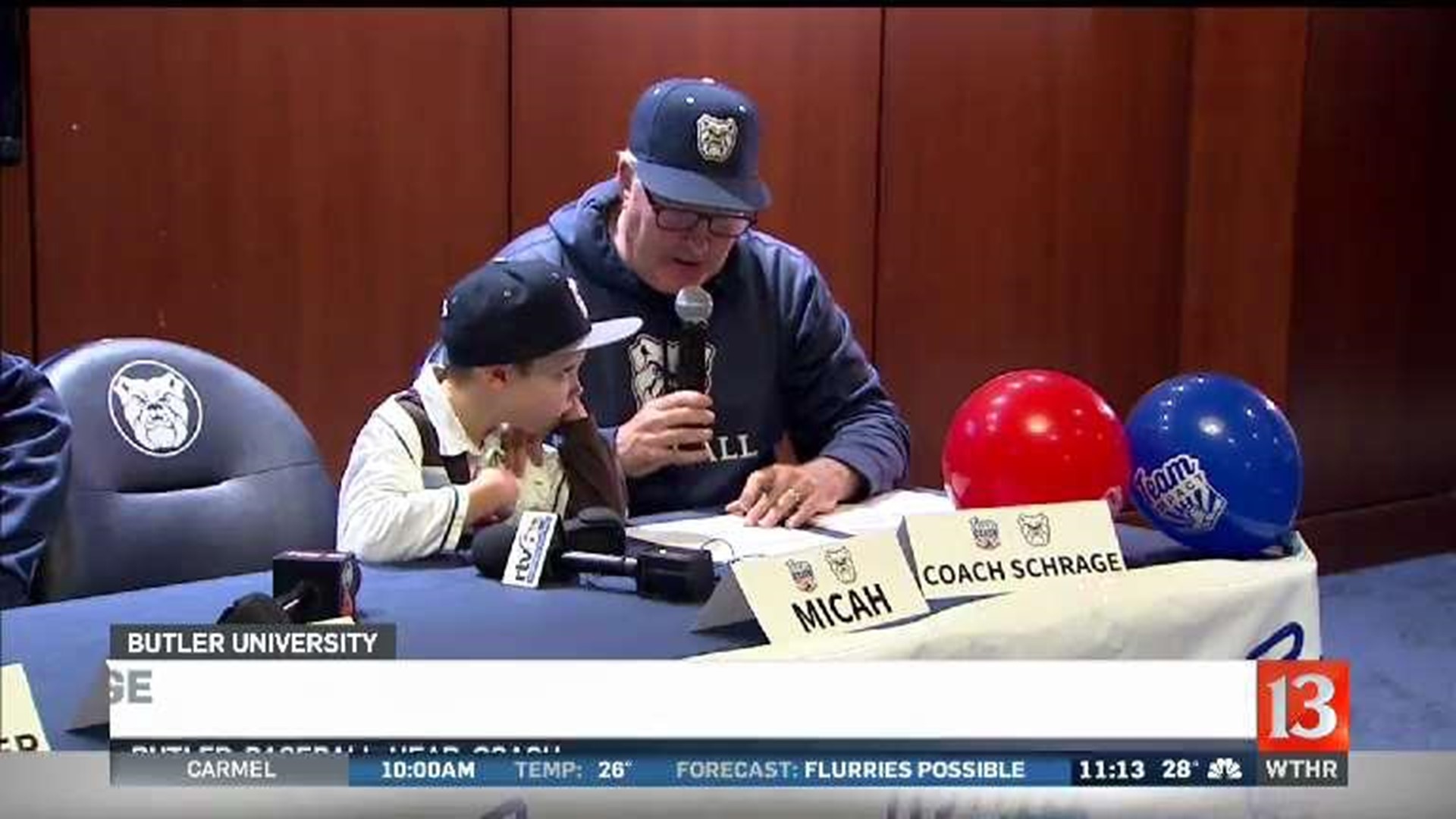 A young prospect with a sweet swing and inspiring story made his commitment to become a Bulldog.

"It's all about me," said six-year-old leukemia survivor Micah Bieda, sitting at a table answering questions from the media.

"Thank you for accepting Butler's offer to join our baseball program,” said Dave Schrage, head baseball coach at Butler. “We are impressed with your courage and your fight."

Bieda was diagnosed with leukemia when he was 26 months old. The cure rate for his type of blood cancer is 95 percent, but he had to endure three-and-a-half years of chemotherapy treatments.

"Most of his toddler and preschool years were colored with just surviving,” said Micah's mother, Katie. “So now he gets to be a kid."

“Are you on the team now?” asks a reporter.

“How's that make you feel?”

An organization called Team IMPACT connects children with serious or chronic illness with college teams. Micah started hanging out with the Butler baseball team in the spring. Wednesday, he signed his name to officially join the team.

"Micah showed us that you can show up every day and have the time of your life, be extremely positive and energetic,” said Duncan Hewitt, a Butler redshirt junior catcher. “He's been an absolute blessing for us."

"As a Butler grad myself, it's really meaningful to me, because it's just a continuation of my Butler experience and the Butler Way,” said Micah’s father, Kyle.

Micah's last treatment was in January. He's cancer-free and attending kindergarten in Westfield. He now has a spot on the Butler roster. He would arrive as a student in 2032.