The weather cooperated Saturday for an estimated 300,000 spectators to enjoy the 60th IPL 500 Festival Parade. 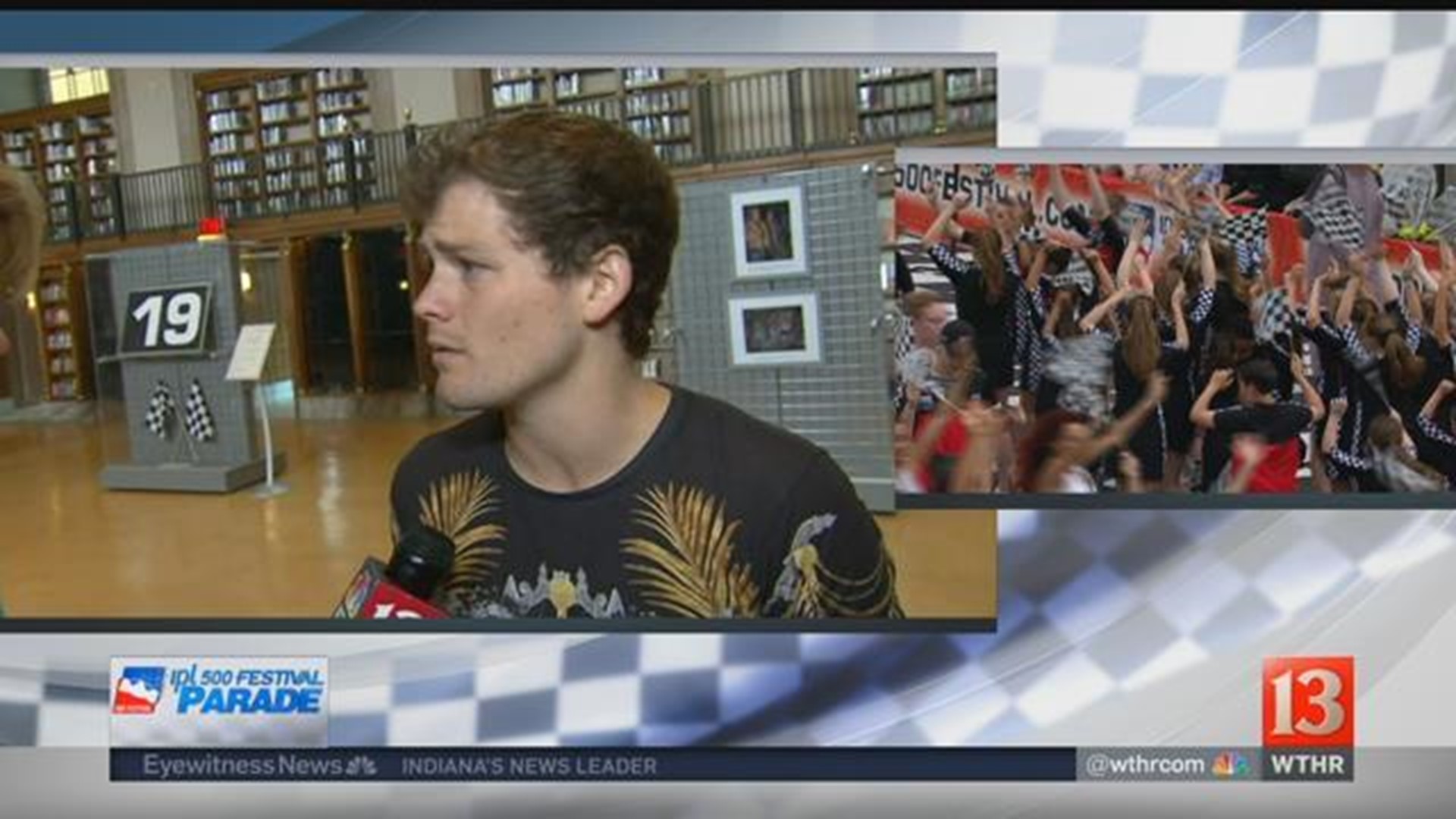 The weather cooperated Saturday for an estimated 300,000 spectators to enjoy the 60th IPL 500 Festival Parade.

This year's parade, which sold out of reserved seats, had the largest number of floats (12), balloons (20) and bands (17) in the parade's history. The milestone participation lines up with the 500 Festival's 60th parade, 40th Mini Marathon and the 100th running of the Indianapolis 500.

"We live in San Diego and traveled here because I'm from here and I have to come back for the race every year. And we love it," said Kristen Villasenor, who now lives in San Diego.

"It's great," added Julie Ellis, another spectator. "My parents are here, we have our 2-year-old here. 100th anniversary. We're so excited!"

The Festival committee says about 3,000 volunteers were all part of this year's parade.

Plenty of familiar faces were on hand to usher in the Indianapolis 500 weekend - including an Olympian.

"I'm ready to relax and get in the race car. That's kind of our decompress for the week here. It's been pretty busy, obviously, but for all the right reasons so no complaints. And it's awesome to see such a crowd here today and I can't wait to see what the crowd's going to be like tomorrow."

This year's events have been even more special for Hinchcliffe after his near-death crash last year.

"What happened last year makes you look at certain things a little differently, and I think appreciate things a little more. Moments like this, and-- I think there's been a couple of moments throughout the week that I've kind of allowed myself to kind of stop and enjoy a little bit more than maybe 'old me' would have. So in that sense, it's been really good."

Olympian diver David Boudia is getting ready for the Rio Olympic Games. Boudia is the Olympic gold medal champ in the ten-meter platform. He is counting down the days to Rio!

"There's so many things that go through your mind. There's the Olympic trials here in Indianapolis at the IU Natatorium and then hopefully Olympic Games in Rio de Janeiro."

While health concerns about the Zika virus have been making the news, Boudia says his job is to stay focused.

"When it comes down to the Olympic Games, my number one job is representing the United States. Zika is obviously in the back of every athlete's mind, but we know that the Olympic committee is taking precautions and steps to keep us safe," he said.

Boudia was thrilled to participate in the 500 Festival Parade Saturday.

"Ever since I started going to the race and seeing the Indianapolis 500, I've always wanted to be a part of it and the 100th running, this is just such an honor. Going into the Olympic Games, it's such a good time for me to be able to promote the sport of diving and the Olympic Games and also, Indianapolis love. There's so many people coming to this city and wanting to see a huge race. I'm excited I could be a part of that.

"I've filmed two movies and I did a TV show out in Los Angeles. I've just gotten to do a lot of stand-up around the country and meet a lot of people who watched the show," he said.

He was a little worried about the possibility of rain. "I don't know how much of her outfit is gonna be water resistant," he said, referring to his dog, which was dressed in a tutu.

So many bands in the @500Festival Parade! #13Parade #Indy500 pic.twitter.com/EUEkSkMOfZ

The Colts' mascot Blue was spotted behind the wheel:

Weather note: Scattered showers are in the forecast today, so pack an umbrella or rain poncho if you're headed downtown.

This year's celebrities include:

Now, the planning begins for the 61st 500 Festival parade.