Staff Sgt. Ryan C. Knauss was one of 13 U.S. servicemembers who died in an explosion outside the Kabul, Afghanistan airport on Thursday. 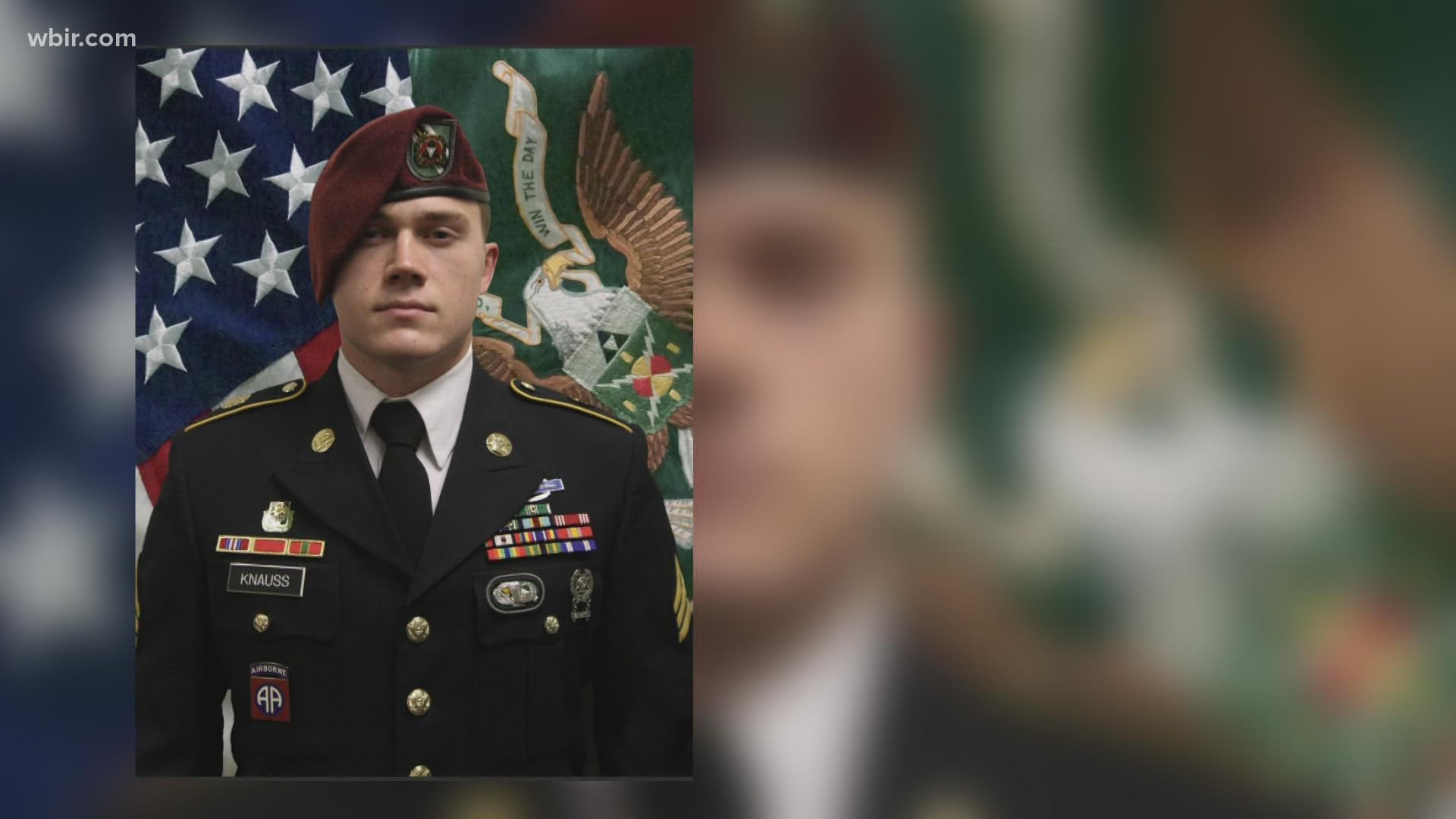 KNOXVILLE, Tenn. — When the remains of 13 American servicemembers returned to Dover Air Force Base in flag-draped caskets, 1st Sgt. Patrick Jeffrey was not surprised to see Staff Sgt. Ryan Knauss carried out first.

"He always led from the front," Jeffrey said. "He always wanted to be the first one to stand up and serve his nation."

Knauss, 23, died in an explosion outside the Kabul, Afghanistan airport Thursday. Jeffrey said the Army Psychological Operations team member volunteered for the mission.

"The work he was doing there with his team, we know saved thousands of American lives," he said. "The country, his wife, his unit, all of us at night mourn his loss. But there are thousands of American families who don't have to mourn today because of the selfless sacrifice that he made."

"He had a smile that was infectious, but he was always telling the joke to go with it," Jeffrey said.

He described Knauss as competitive, recalling a time he messed with other guys' equipment "so that they couldn't perform as well as him." But other times, Knauss was the butt of the jokes.

In one instance, he said Knauss mistook his battle roster number, which included part of his social security number, for his call sign.

"And so that nickname stuck," he said. "It stuck so much that people started calling him TPT 9000."

After the unit found out he died, nearly two dozen servicemembers got TPT 9000 tattoos in his honor, Jeffrey said.

"I actually got one myself as well," he said. "That's how much we loved him."

Jeffrey travelled to Knoxville to support the Knauss family. He said Ryan's brother expressed surprise at the outpouring of support from people who never knew Ryan Knauss.

"He wasn't just a Tennessee boy," Jeffrey replied. "He was our Tennessee boy. He was Staff Sergeant Ryan Christian Knauss and he meant the world to us."