VERIFY: What those political attack ads in the Spartz-Hale congressional race are NOT telling you

The 13News VERIFY Team has received dozens of questions from viewers who are trying to determine if allegations outlined in four separate TV commercials are true. 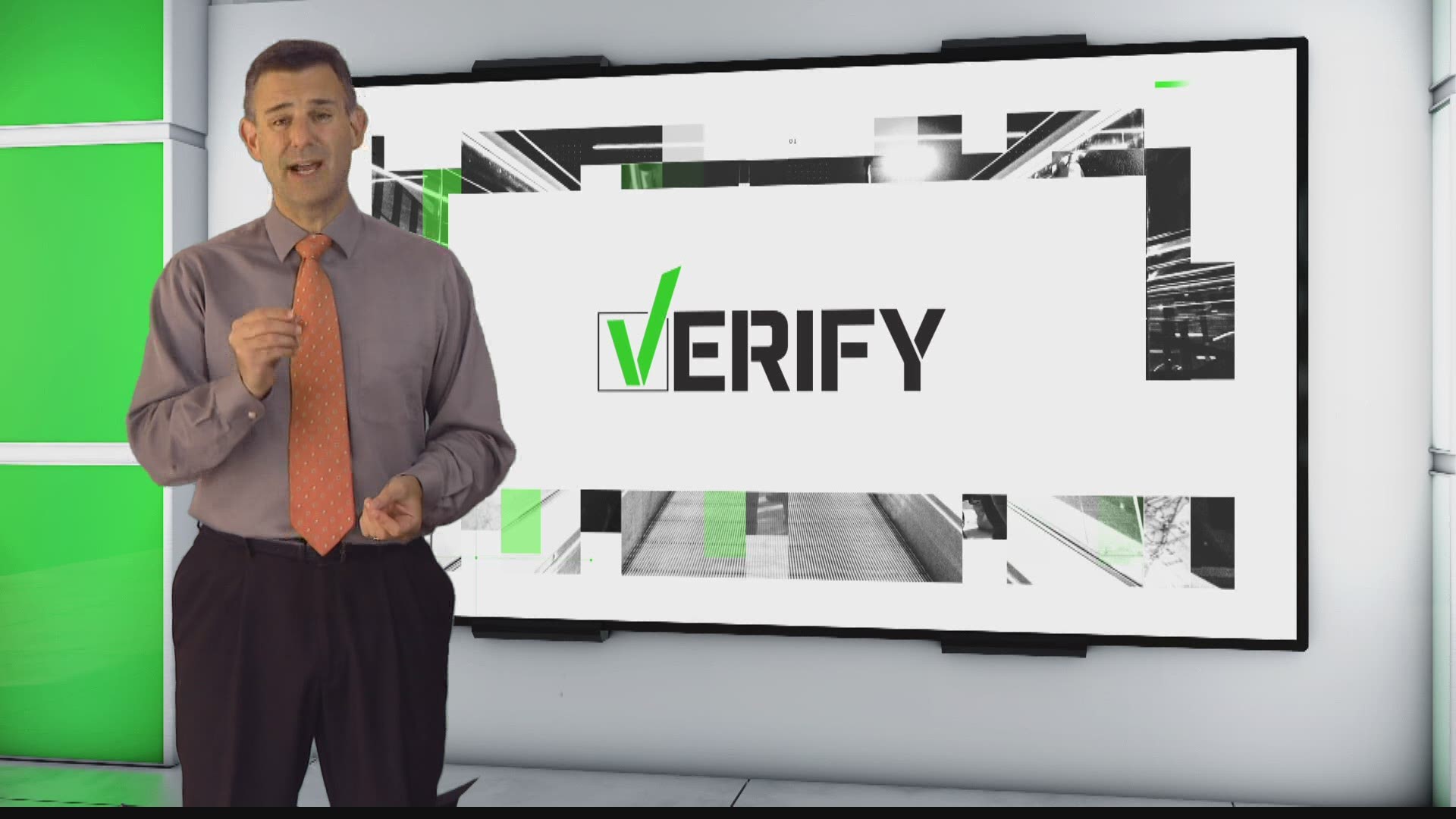 HAMILTON COUNTY, Ind — A congressional race in central Indiana could be one of the tightest House races in the country.

The contest isn’t just close. It’s also getting ugly -- thanks to attack ads that have left many Hoosier voters confused and asking lots of questions. Over the past two weeks, the 13News VERIFY Team has received dozens of questions from viewers who are trying to determine if allegations outlined in four separate TV commercials are true. 13News has researched the most significant claims in each of those ads to verify which statements are accurate and which ones do not add up.

“Tried To” is an attack ad against Democrat Christina Hale that was paid for by the National Republican Congressional Committee, a committee dedicated to electing Republicans (like Victoria Spartz) to the U.S. House of Representatives.

The most prominent claim in the 30-second TV commercial alleges Hale “tried to dodge her property taxes, using a high-priced lawyer to try to weasel out of … over $10,000 in taxes.”

13News VERIFY looked up the property tax case in local and state tax records and discovered the high-priced attorney mentioned in the ad is actually Christina Hale’s husband. Together, they filed an appeal against the Marion County Assessor’s office because they said the county tried to raise the assessed property value on their home much too high. (Hale and her husband no longer live at that same property.) The appeal also claimed the Marion County assessor improperly forced them to pay 2007 property taxes for a house they hadn’t purchased until spring 2008.

The Indiana Board of Tax Review ruled in favor of Hale and her husband, finding the assessor’s office used faulty methodology when it tried to justify adjusting their assessed property value $223,000 too high. But the board said, ultimately, Hale and her husband were legally responsible for paying the 2007 taxes – not paid by the previous homeowner – even though they never owned the property until a year later. Tax records show the couple paid the full amount of property taxes on time — long before they filed their appeal and before the board issued its decision.

So, yes, Hale did try to avoid paying a year’s worth of property taxes, but the WHY is important. She and her husband filed the tax appeal because they didn’t even owned the property when the taxes were assessed. Without that important context, the ad’s premise that Hale tried “to weasel out of thousands” in taxes feels pretty misleading.

The NRCC said its ad is referring to a report this summer by Politico. It revealed House Majority PAC, a Democratic Political Action Committee, is spending a million dollars this fall on TV ads supporting Christina Hale. HMP does appear to have close ties to the House speaker, who made two direct donations to Hale’s campaign.

Federal campaign finance records reviewed by 13News verify Nancy Pelosi donated a total of $4,000 to Hale’s run for Congress, but there are no records suggesting Nancy Pelosi herself has spent a million dollars to help elect Hale.

Did Christina Hale “sell out” to telecom companies?

A third TV ad titled “Sold Out” comes directly from Victoria’s Spart’z campaign, and it slams her opponent for a bill Hale supported while she was a state representative.

It claims “Hale took thousands from big telecom companies and wrote legislation letting them raise rates and build cell towers wherever they want.”

13News reviewed state campaign finance records and can verify, yes, Hale did accept $3,000 in contributions from AT&T and later co-authored a bill that proved very beneficial to telecom companies. Some communities have argued that the bill, combined with later legislation passed after Hale left the Statehouse, make it too difficult for municipalities to regulate the location of new cell phone towers.

But again, there is more to the story.

The 2015 bill, which was amended and later signed into law by then-Governor Mike Pence, also improved cell phone and internet service across Indiana -- especially in rural parts of the state.

And the two other state representatives who authored the bill were Republicans. In fact, the bill that Spartz is criticizing in her TV ad was supported by every single Republican in the Indiana House and Senate. Not a single Republican in the General Assembly voted against it -- and lots of those lawmakers also received multiple campaign contributions from AT&T. VERIFY cannot find any instances in which Spartz publicly called out her many Republican colleagues for doing exactly what her Democratic challenger did.

A Democratic Super PAC added another attack ad to the race, raising questions about a law written by Victoria Spartz and suggesting that the state senator’s family received a financial benefit from her legislation.

Paid for by the Democratic Congressional Campaign Committee, which works to elect Democrats (like Christina Hale) to Congress, the ad reads like a Hollywood thriller: “Victoria Spartz tried to hide it. Failed to come clean. But Spartz got caught -- caught trying to hide that a law she wrote could have benefited her wealthy family. Spartz tried to gut protections on Indiana's wetlands, the very lands where her family wanted to build a multi-million dollar development.”

13News can verify the ad, titled “Typical,” is based on a 2020 report in the Indianapolis Star. The article accurately points out Spartz’s in-laws wanted to build a retail development on land they used to own in Noblesville, and to do that, they bulldozed some wetlands located on the property about 15 years ago. According to the Star report, IDEM stepped in and required the Spartz family to relocate the destroyed wetlands to another location. Then in 2020, as a state senator, Spartz wrote and passed a law that reduces regulations and hurdles for county surveyors by essentially reducing protections for Indiana wetlands.

But the timeline for the events described in the TV ad is very important.

Despite insinuations throughout the DCCC commercial, there is no evidence the state senator or her family benefitted financially from the new law she proposed–let alone that she tried to hide something. The DCCC ad suggests otherwise: at best, confusing voters and, at worst, misleading them.