Cell lines descended from aborted fetuses have been used in medicine for decades. Our VERIFY team found out how they were used in COVID-19 vaccine laboratories 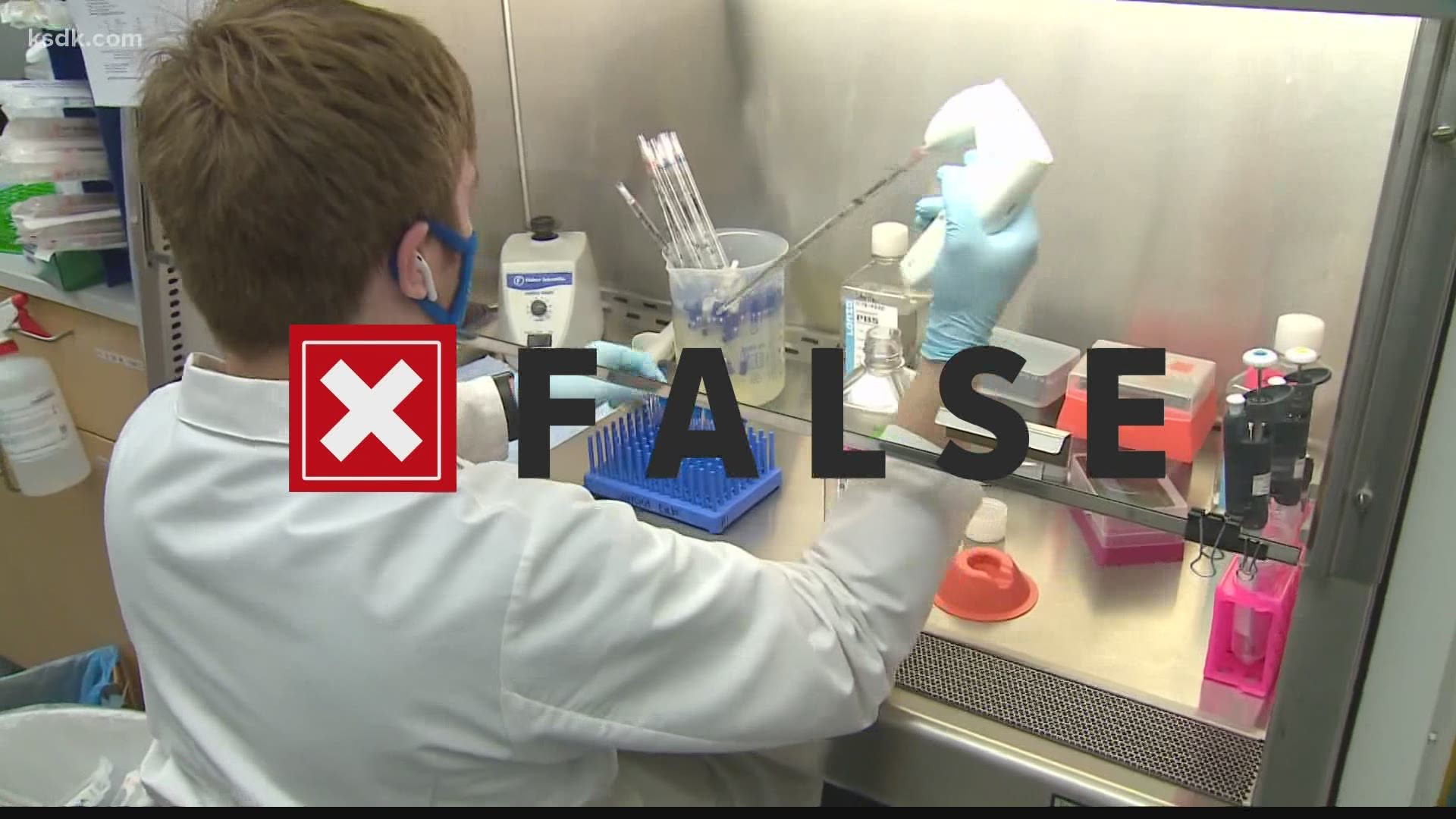 ST. LOUIS — It's been one of the hottest questions sent to the VERIFY team at 5 On Your Side since the pandemic began. And it's one of the most complicated to answer.

Dozens of 5 On Your Side viewers asked the VERIFY team about aborted fetal cells in the COVID-19 vaccines. They’ve seen this claim online and heard it from some anti-abortion groups.

One viewer said she even saw protesters with a sign on an overpass in St. Louis with claims about fetal cells being used in COVID-19 vaccines.

So we wanted to verify: Is it true COVID-19 vaccines from Pfizer and Moderna contain aborted fetal cells?

He says fetal cells were taken from two aborted fetuses in 1973 and 1985. A researcher in the Netherlands obtained these cells. Dr. Moss does not know the circumstances as far as the mothers and the abortions.

But over decades, those original cells have multiplied millions of times into new cells, in laboratories around the world, creating what are called fetal cell lines.

"Although their origin was in an aborted fetus, they're really just this independent cell that's been grown in a laboratory for decades," said Moss.

They're used in a lot of different contexts because they have some benefits over other types of cells.

"The types of cells that kind of traditionally have been used are early fetal cells because they're still kind of in development, and it was learned that these kind of early fetal cells will replicate readily in the laboratory," said Moss.

This rapid replication outside the human body gives scientists the ability to do two things. The first is that the vaccine can be tested on these cells. The second is that the cells themselves can grow viruses to be manufactured into a killed or inactivated virus vaccine.

The two COVID-19 vaccines currently being distributed in the United States come from Moderna and Pfizer. Moss says both companies used a fetal cell line in the very early stages to test the vaccines, not to create them.

"That was just a way to see if the if the cells of these, you know, human cells could produce the spike protein sufficiently," Moss said.

So we can VERIFY: the Pfizer and Moderna vaccines do not contain aborted fetal cells.