The number of mail-in ballots delivered and received by county clerks’ offices across Indiana is improved over past elections. 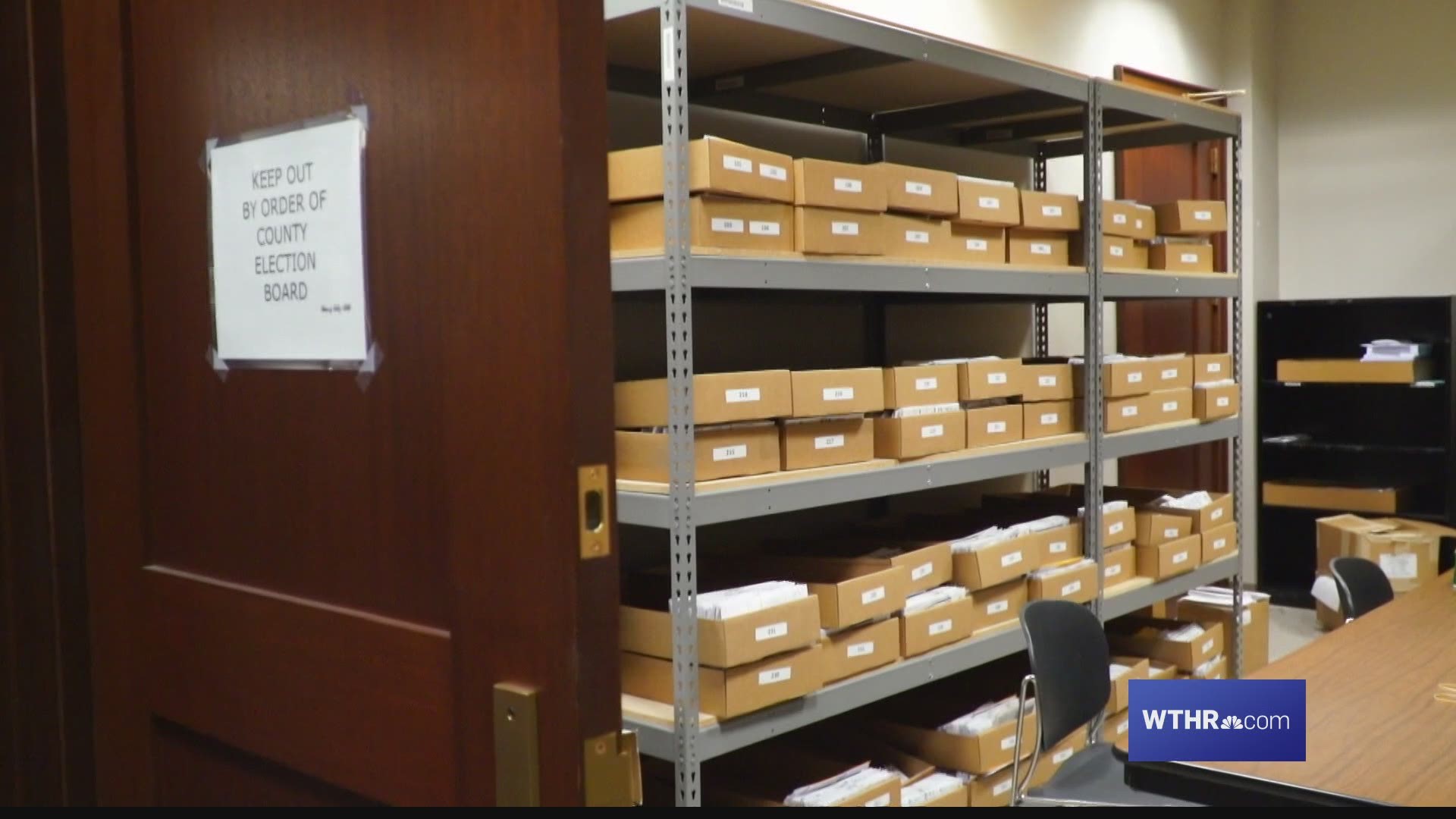 INDIANAPOLIS — There was plenty of talk before the election of possible fraud and mail problems that might result in lots of absentee ballots not arriving on time and not being counted.

But the numbers tracked by the 13News VERIFY team show the number of mail-in ballots delivered and received by county clerks’ offices across Indiana is improved over past elections.

Hoosiers requested a record 563,639 mail-in ballots for the 2020 general election. As of 7:00 a.m. on Election Day, 44,766 ballots had not yet been received -- putting about 8 percent of all Indiana mail-in ballots at risk of not being counted, according to data from the Indiana Secretary of State’s office.

That is actually an improvement from the 2016 general election, when 9.5 percent of Indiana’s mail-in absentee ballots were not received. It is important to note once again, the numbers analyzed by 13News are from 7:00 a.m. Tuesday. Mail-in ballots received by Tuesday at noon get counted, so it is possible – even likely – that thousands of additional absentee ballots were delivered to clerks’ offices prior to the noon deadline on Election Day. That would reduce the number of outstanding absentee ballots even further. (The Secretary of State’s office will provide an update on Wednesday morning.)

No one likes to think about votes not being counting, but it’s important to remember, for various reasons, not everyone who requests an absentee ballot actually completes the ballot and mails it back.

Hamilton County, for example, received 44,469 ballots by mail. Election staff processed and counted the absentee votes for eight hours Tuesday and got through about 13,000 of those ballots. Hamilton County Election Supervisor Beth Sheller told 13News there are still about 30,000 mail-in votes to count. Both Hamilton and Marion counties election officials say it will be Thursday before all the counties’ mail-in ballots are counted. So for some of the tighter races, it could well be a couple of days before we know a winner.