VERIFY: Yes, lightning can strike even 60 miles away from a storm. Metal and water adds to the danger.

Many turned to social media to ask questions about the dangers of lightning after a teen died while swimming during a storm. We have answers. 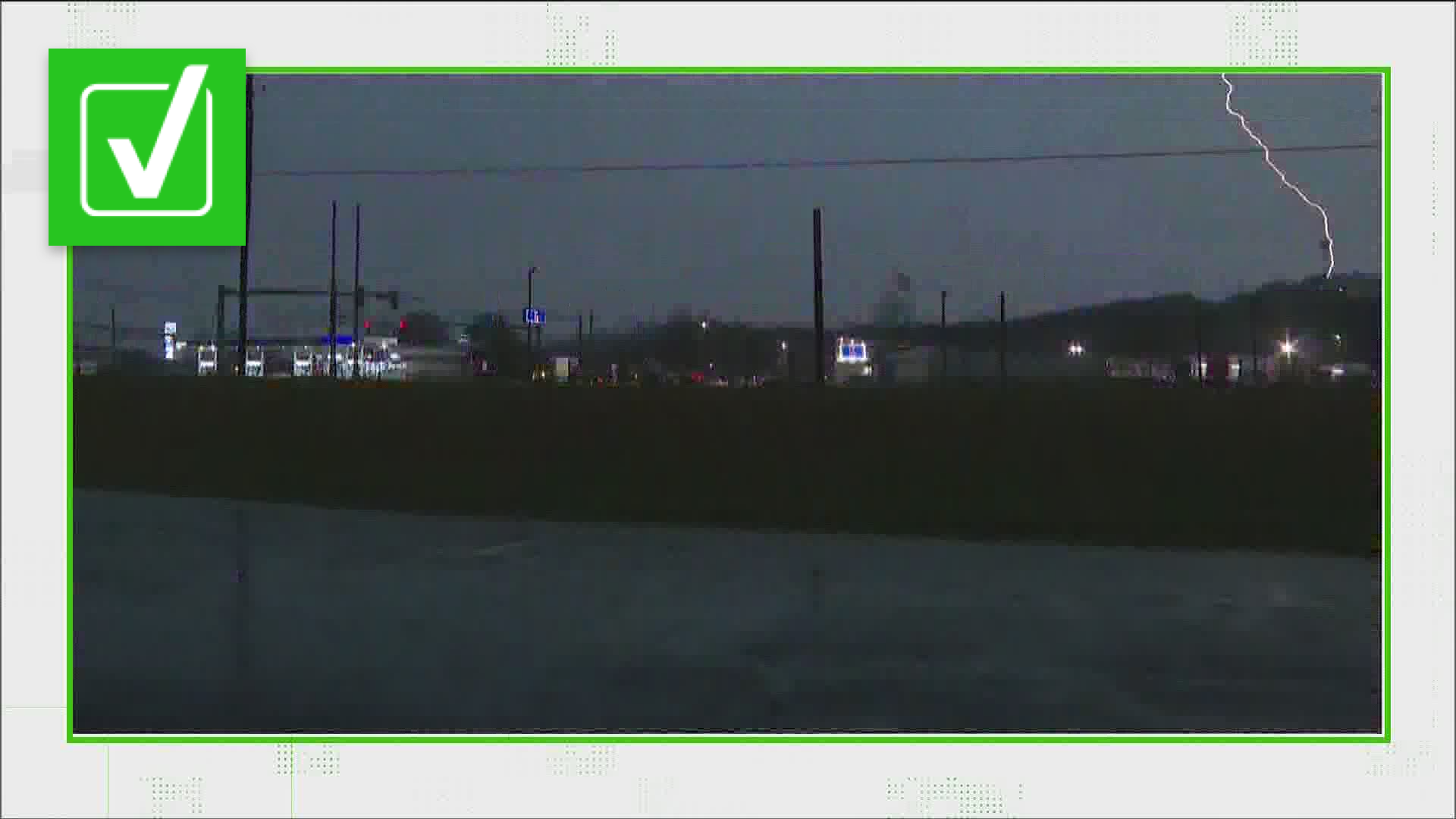 ATLANTA — Just last week a 15-year-old girl died after being struck by lightning while swimming off Tybee Island, according to police.

Many of you turned to social media to ask questions about the dangers of lightning.

Our VERIFY team took those questions to the experts.

We can VERIFY that yes, lightning can strike miles away from a storm. Plus, it's also true that the combination of metal and water adds to the danger, but people themselves are not conductors.

Greg Schoor with the National Weather Service says in some instances lightning can strike even 60 miles away from the storm, and if it hits just 100 feet away, you can still feel the effects from it.

"Some of the more deadly lightning flashes have actually traveled through the top of the cloud and found their way to the ground well, well, well away from the thunderstorm," he said. "Counties and counties away."

According to the CDC, 85% of lightning fatalities are men, and 1/3 of injuries happen indoors.

"You can even have a piece of that energy travel to where you are," Schoor added. "So what are your chances of that hit compared to a direct hit? There are people who have been struck directly and survived."

When it comes to showering during a storm, we can VERIFY that showering or even doing dishes or using a landline telephone can be dangerous because metal and water are strong electrical conductors.

The CDC recommends that during a storm, you should avoid water, electronic equipment, corded phones, windows, doors, porches, and concrete.

Schoor says its important to also debunk the myth about touching someone who has been struck by lightning.

"If you have been with somebody that has been struck, people think they shouldn't touch them because what if I get struck? That's complete myth. Our bodies are not containers or holders of any electrical charge," he said. "The best thing to do is to actually go to your friend or whoever got struck and talk to them, find out if they're okay. Don't move them. You can perform CPR but don't feel like if you're near them you can get zapped. That's just not a thing," Schoor explained.

11Alive's Verify team is here to fact-check claims being shared in the community and online. Fill out the form below with something you'd like us to Verify.