The shooting occurred on May 30, 2020, in downtown Indianapolis. 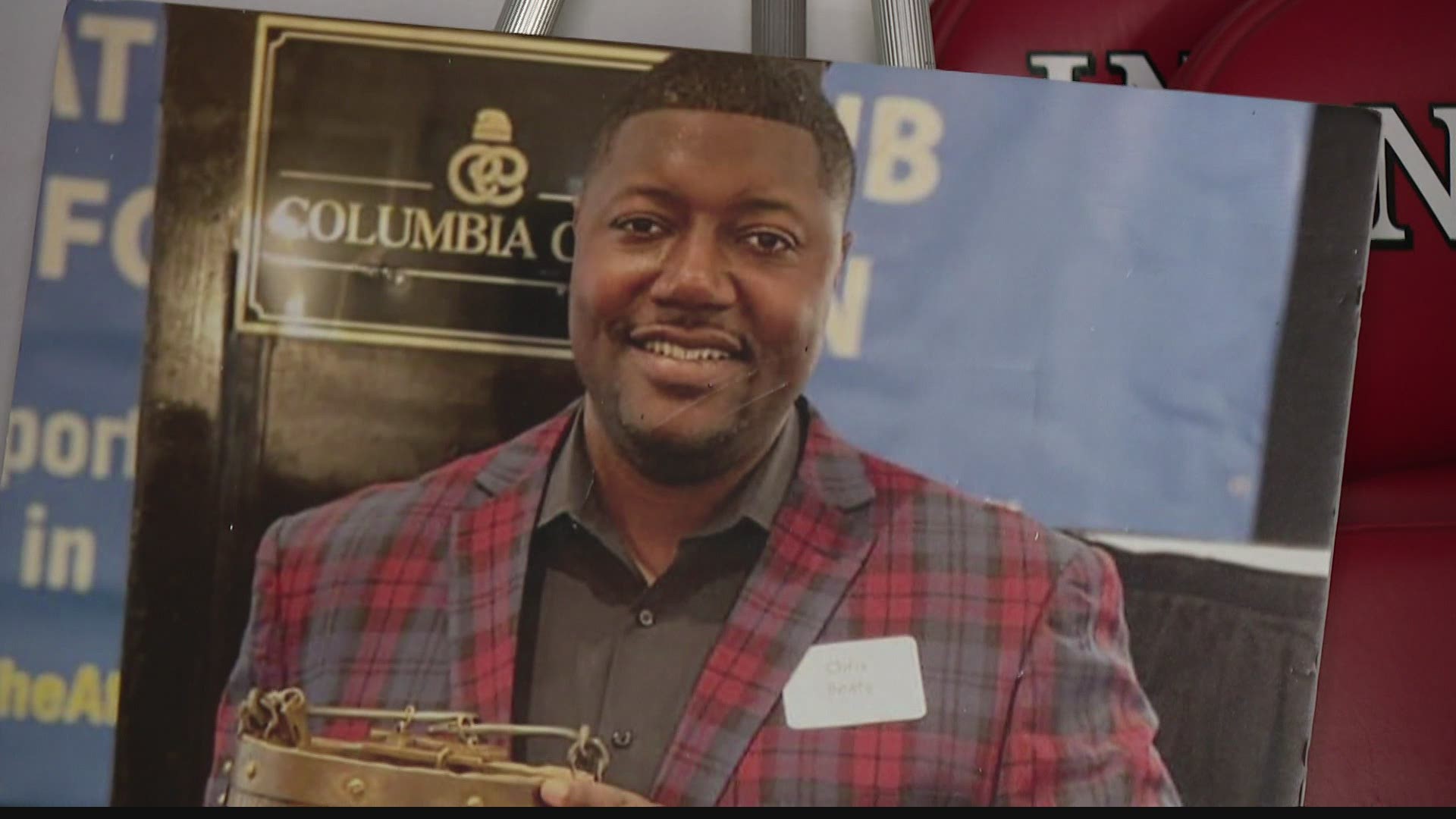 Alijah Jones and Nakeyah Shields were indicted on the charges of murder, five counts of armed robbery and one count of attempted armed robbery.

The shooting occurred on May 30, 2020, in downtown Indianapolis. IMPD responded to a person shot at Talbot and Vermont streets, where Beaty was pronounced dead at the scene.

Additional evidence provided prosecutors with enough information to bring the accusations before a grand jury.

“We believe Chris Beaty was shot and killed doing what we know to be his nature - taking care of his neighbors and his city. I would like to thank the Beaty family for the tremendous example they’ve set during this difficult time," Prosecutor Ryan Mears said in a news release. “His death, and the loss to Indianapolis, has had a lasting impact on so many.”

Beaty, 38, was a well-known local figure, nicknamed "Mr. Indianapolis." He was a former bar manager and event promoter who just started a company making masks for the coronavirus pandemic.

RELATED: Scholarship fund established in memory of man killed trying to save women being attacked

Credit: IMPD
Marcus Anderson was charged with the murder of Chris Beaty, robbery and pointing a firearm.

Marcus Anderson was charged with murder in December 2020 and is scheduled to go on trial for murder in September. He has been in custody at the Marion County Jail since August 2020.

RELATED: Charges filed in May murder of Chris Beaty

The prosecutor's office said Anderson and Jones also face charges in suspected robberies that occurred on the same evening as Beaty's death.

Beaty's mom, Debra Cooper, has been waiting patiently for the case to move forward since the first arrest last December.

“We didn’t know if they were going to open the courts or drag it on a little longer or what was going to happen. So, I said, ‘Okay just be patient and that was hard,’” Cooper said.

In the meantime, she's been working to find peace in the situation, relying on her faith to get her through.

“I had to come to the conclusion that he was never coming back so I would have to accept it,” she said.

As the three cases play out in court, Cooper is working to keep Chris’s legacy alive, which includes two scholarships at Cathedral High School and Indiana University.

She is also hoping to start a foundation and work with youth impacted by gun violence. It’s something that brings her happiness more than a year later.

“He would have that big ol' smile and he would just kind of laugh. He would be so proud of himself. I could hear him now,” Cooper said.