"In the 32 years of law enforcement in my professional career, I can't say that I've seen a traffic crash quite as horrific as this.” 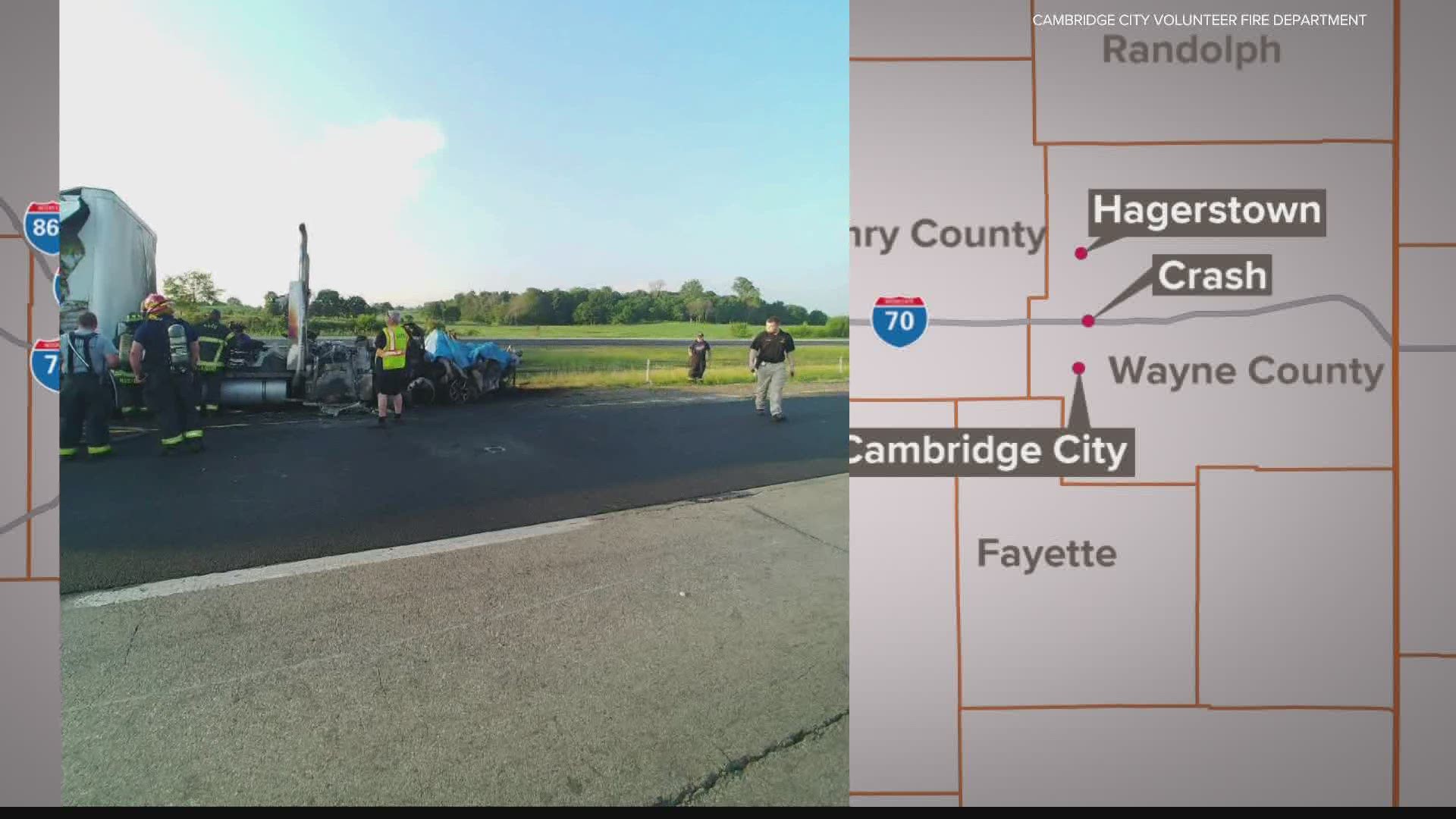 CAMBRIDGE CITY, Ind. — An Ohio truck driver believed to be under the influence of drugs is blamed for a fiery crash on Interstate 70 that killed four children from a Kansas City, Missouri, family. The accident happened Thursday about 5 p.m. just west of the Cambridge City exit in Wayne County.

A semi driven by 31-year-old Corey Withrow of Camden, Ohio, plowed into the back of a car in a merging work zone on I-70 eastbound, pushing the Chevy Malibu under the semi-trailer just ahead in a burst of flames.

"In the 32 years of law enforcement in my professional career, I can't say that I've seen a traffic crash quite as horrific as this,” said Wayne County Sheriff Randy Retter.

A good Samaritan pulled the car driver, 34-year-old Aaron Bruce, from the wreck. But four children in the blended family from Kansas City died at the scene in the rental car. 15-year-old Anesa Noel Acosta rode in the passenger front seat. Three boys died in the back seat: Quintin Michael McGowan, 13; Brekkin Riley Bruce, 8 and Trentin Beau Bruce, 6.

Withrow drives for Barnets, Inc. out of Camden, Ohio. The company said by phone, "We are grieving for the families."

Withrow has multiple drug convictions in his home county in Ohio the past four years, including heroin possession.

The father pulled from the car was flown by helicopter to Eskenazi Hospital in Indianapolis in critical condition with burns over 60 percent of his body. Withrow was arrested after being treated for non-life-threatening injuries. 57-year-old Thomas Flaherty of Springfield, Ohio, drove the semi struck from behind in the crash. Flaherty was not injured.

A crisis intervention, stress management team met with first responders at the crash scene for counseling.

"When children are involved, many of us, if not most of us, have children at one point in our lives,” said Retter. “We just can't help but reflect back on how this could affect us if a tragedy like this were to strike us personally."

The Sheriff says first responders will meet with the team again next week to debrief their emotional trauma from the incident.