Something so simple for a grocery store clerk led to a big reward for his act of comments. 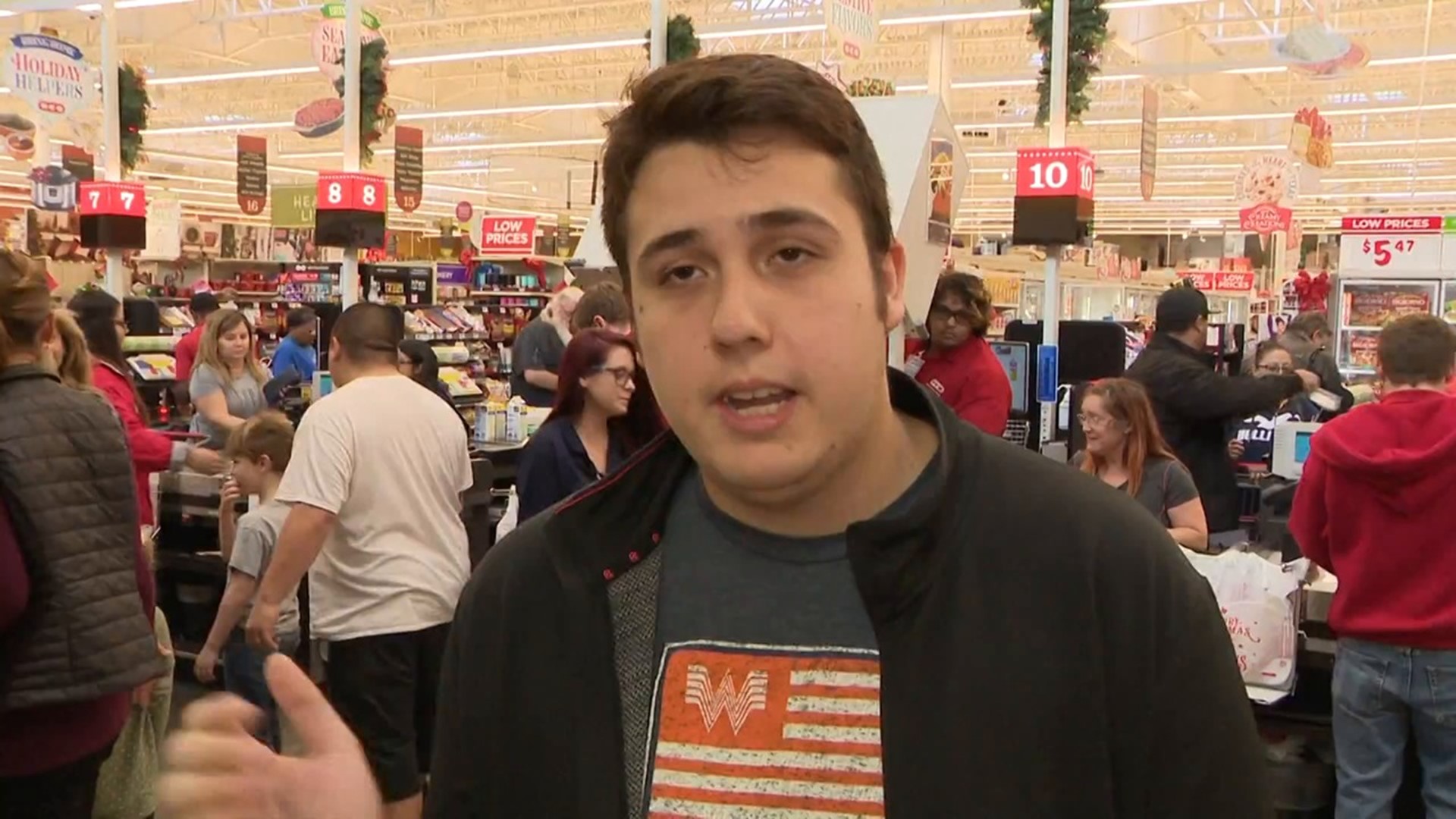 LAKE JACKSON, Texas (WTHR) — A Texas grocery store cashier is receiving praise (and money) for his random act of kindness during the holidays.

Ryan Birdsong shared a photo of grocery store clerk Jake Pate on his Facebook page. Pate had used his own credit card to pay for a woman's items after he realized she was not able to pay for everything.

Birdsong said he was in the same line as a woman who was checking out and was short on money. Without thinking twice, Pate swiped his own card and told the woman "merry Christmas."

Pate didn't know anyone even saw what he did.

But Birdsong did. And his documentation is getting tons of recognition. The photo has more 137,000 likes and has been shared nearly 50,000 times.

But Pate's act of kindness also caught the attention of the Taylor Whitney "Show Up" Scholarship Fund, which then awarded Pate $500.

As it turns out, Pate's kindness was following suit of the woman he helped. She had just paid for someone else's groceries.

"Because she did something so good, I felt like it was my responsibility to return the favor," Pate said.