A Kentucky woman accused of using a cup of scalding hot coffee to attack a Gallatin County deputy is behind bars after the latest in a series of bizarre crimes. 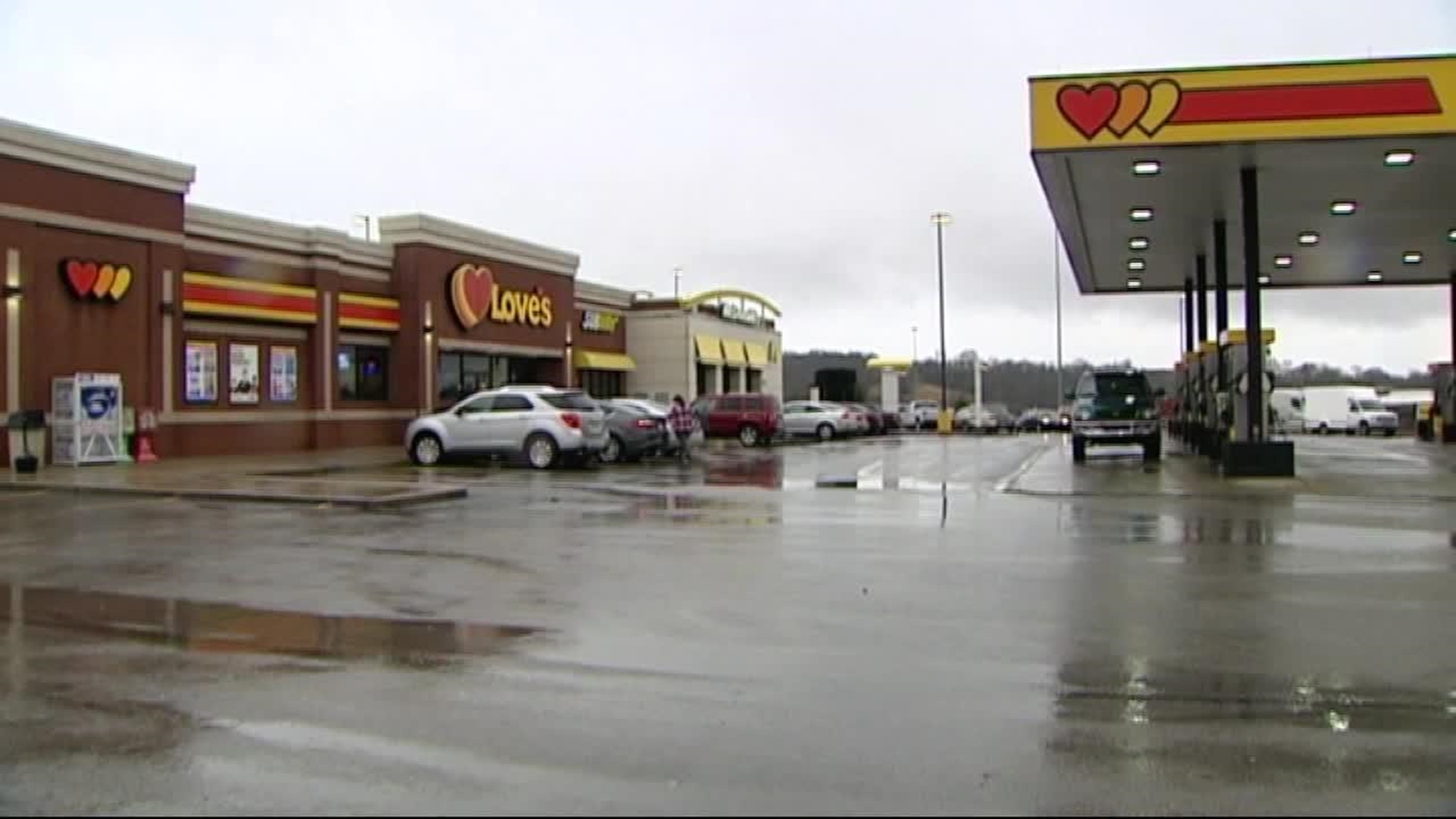 (WLWT) - A Kentucky woman accused of using a cup of scalding hot coffee to attack a Gallatin County deputy is behind bars after the latest in a series of bizarre crimes.

Employees at the Loves truck-stop near the Kentucky Speedway called 911 to report a woman and a man acting strangely inside the McDonald's restaurant.

"There was really no rhyme or reason to it. They weren't asking for money, they were just kind of there and causing a disturbance," Sheriff Josh Neale says.

Deputy Oscar Sanchez and an intern responded to the call and located the couple in the restaurant.

"And this time he more aggressively pushed her hand away and said, 'I told you don't do that,' and that's when, out of the blue, she just took her coffee and just put in his face," Neale says.

The coffee was measured at 184 degrees in the pot. Investigators estimate the coffee that hit Sanchez was between 150 and 180 degrees.

“It temporarily blinded him for three to five seconds,” Neale said.

Security cameras captured some of the event. Sanchez can be seen going to his knees and grabbing his face. Coleman is grabbed by an employee. Sanchez regains his footing then sprays Coleman in the face with pepper spray before putting handcuffs on her.

Robert Hawks, who is the man with Coleman, was also arrested and charged with disorderly conduct.

Sanchez did not have to go to the hospital and has fully recovered.

This is not the first time Coleman has been charged in a bizarre crime.

“It was her and a guy, they were just there, in our bed," said Makita Toro.

Coleman was charged with breaking into Toro’s home. Toro and her husband had just returned to their Covington home after being away for the weekend when they found broken glass, cigarettes and alcohol all over the floors. Upstairs Coleman and a man were sleeping in the Toro’s bed.

Coleman spent 75 days in jail on burglary charges. She was out three days when she was charged with attacking the deputy.