Nine men in India set a new world record for the a bed of nail sandwich. 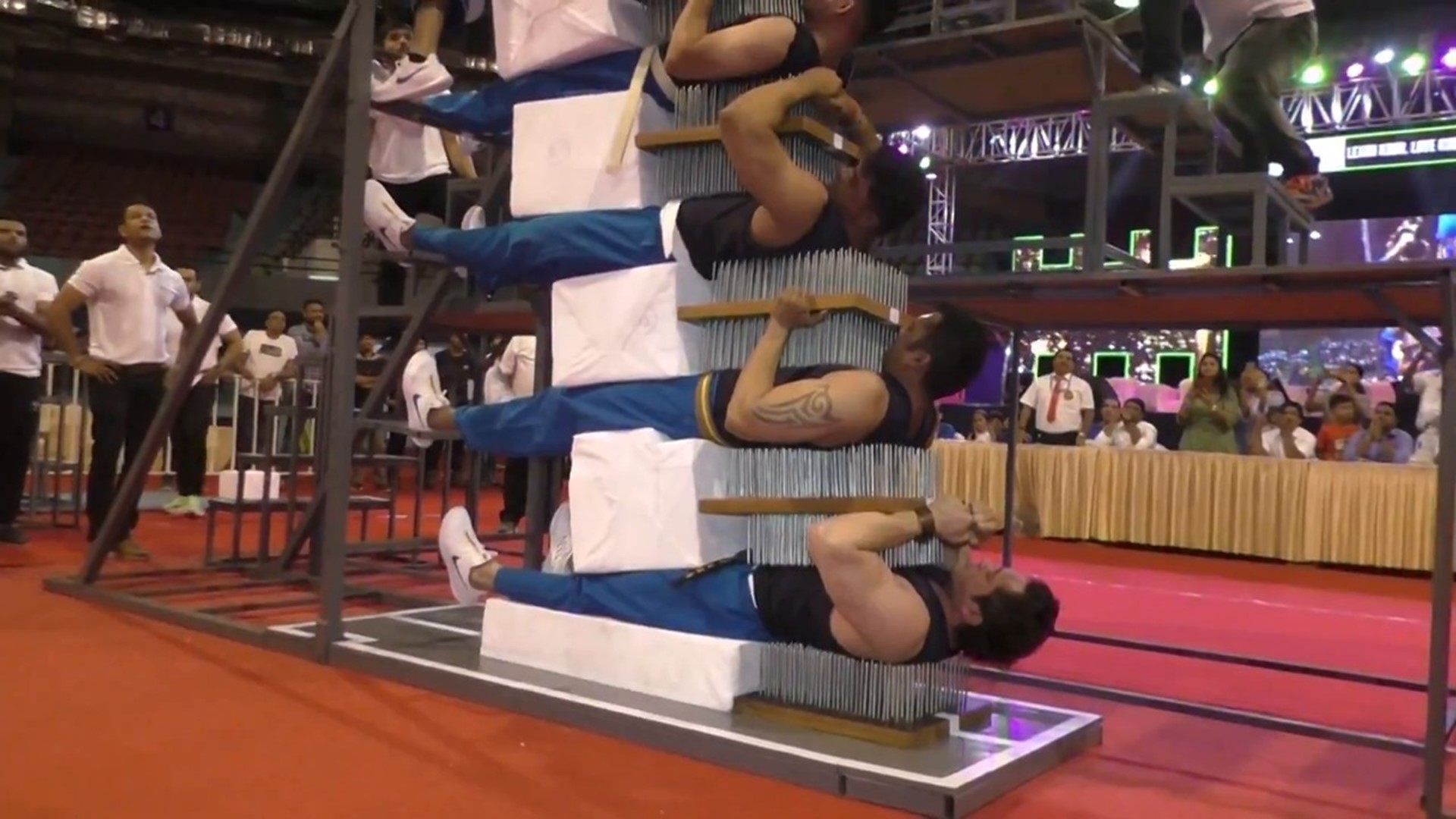 SURAT, Gujarat, India (WTHR) - There're nothing too outlandish for the Guinness Book of World Records.

And one group of martial artists in western India just proved that in a dangerous stunt that left many astonished.

A nine-member team of broke their own record of 'most layered bed of nail sandwich,'

The men stacked on top of each other with four-to-six inches of nails placed between them, as an audience watched them create history.

Kharadi and his team broke their own record, which was previously set with eight people.