The inspirational moment happened during Game 5 on Sunday night. 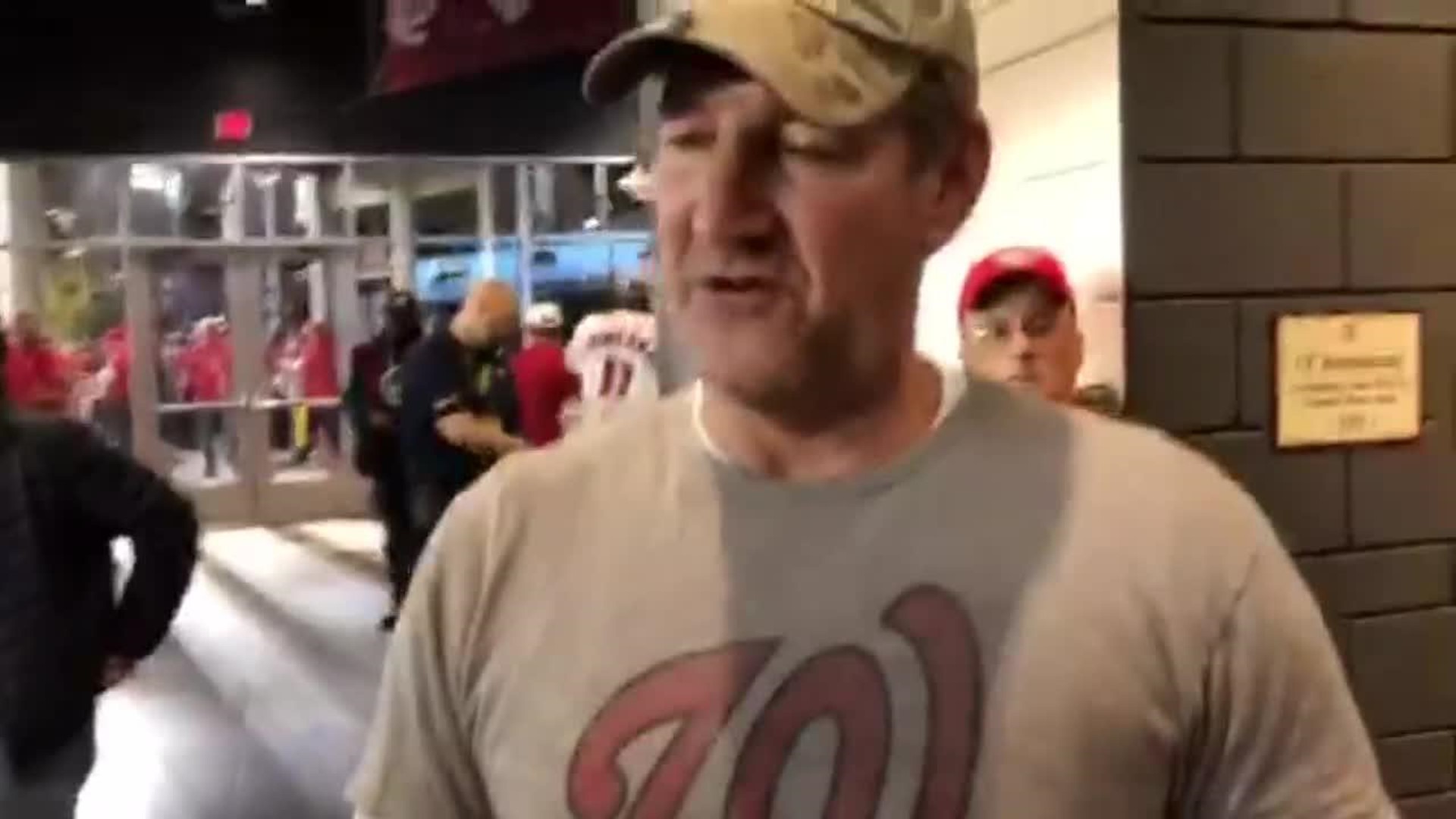 WASHINGTON (WUSA) — One Washington Nationals fan was faced with a truly impossible decision Sunday night: Catch a home run ball at the World Series, or keep both beers he was holding onto in each hand.

He chose both. Sort of.

So, a moment of true inspiration, he moved into position and caught the ball the only way he could -- right off his stomach.

WUSA9 reporter Adam Longo caught up with the fan, Jeff Adams, who said "it was fantastic."

"I was sitting down, my wife went upstairs to get some food ... all of a sudden the ball got hit, I had two beers in my hand, the ball was coming, I watched it, angled, put my chest down, that was it."

"Right there - easy," he said, pointing the ball to his upper right chest where it hit.

Bud Light even took note of the man, writing on Twitter: "This man is a hero. Twitter please figure out who this guy is so we can reward him."

This man is a hero. Twitter please figure out who this guy is so we can reward him. #WorldSeries pic.twitter.com/suMtVECfXY

The Houston Astros won Game 5 vs. the Washington Nationals 7-1 and are now one win away from winning the team's second World Series in three years.