The incident was captured by another truck driver's dash camera as he was headed in the opposite direction. 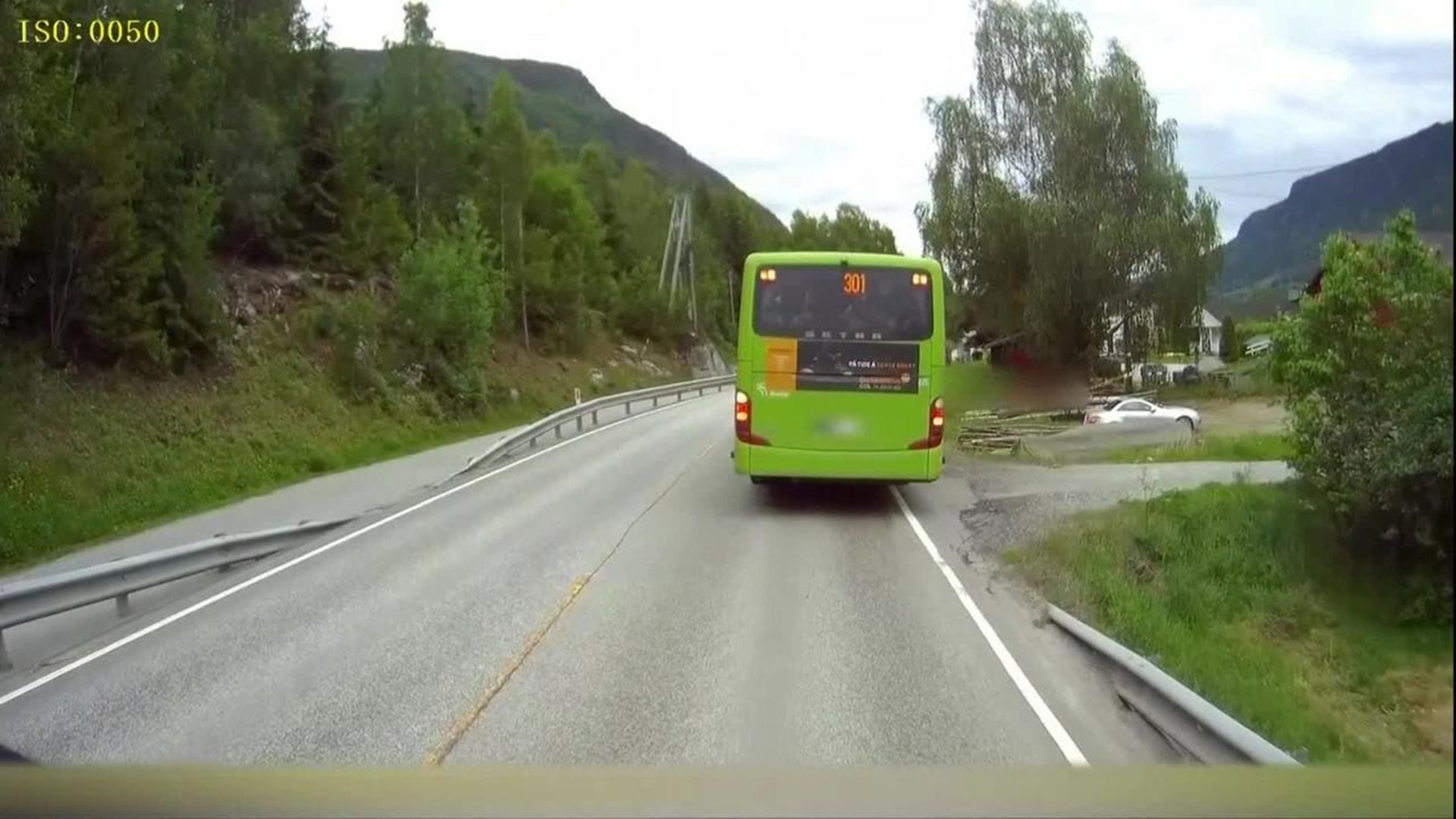 GOL, Norway (NRK) – Dashcam video has emerged in Norway of a near-miss in which a big-rig truck narrowly missed hitting children crossing a highway.

The incident happened in June and was captured by another truck driver headed in the opposite direction.

A green bus stopped along the road to let passengers out.

While other children waited by the roadside, two ran out into traffic.

The driver of the truck with the camera sounded his horn and flashed his lights as a warning.

The driver in the red cab slammed on brakes, and narrowly missed hitting the children.

No one was hurt.

The unknown heroic driver who managed to stop in time is probably not aware of the video.

Norwegian television reports the truck might be from Latvia.