The baby elephant had to be guided out of the water by forest officials and local men with boats. 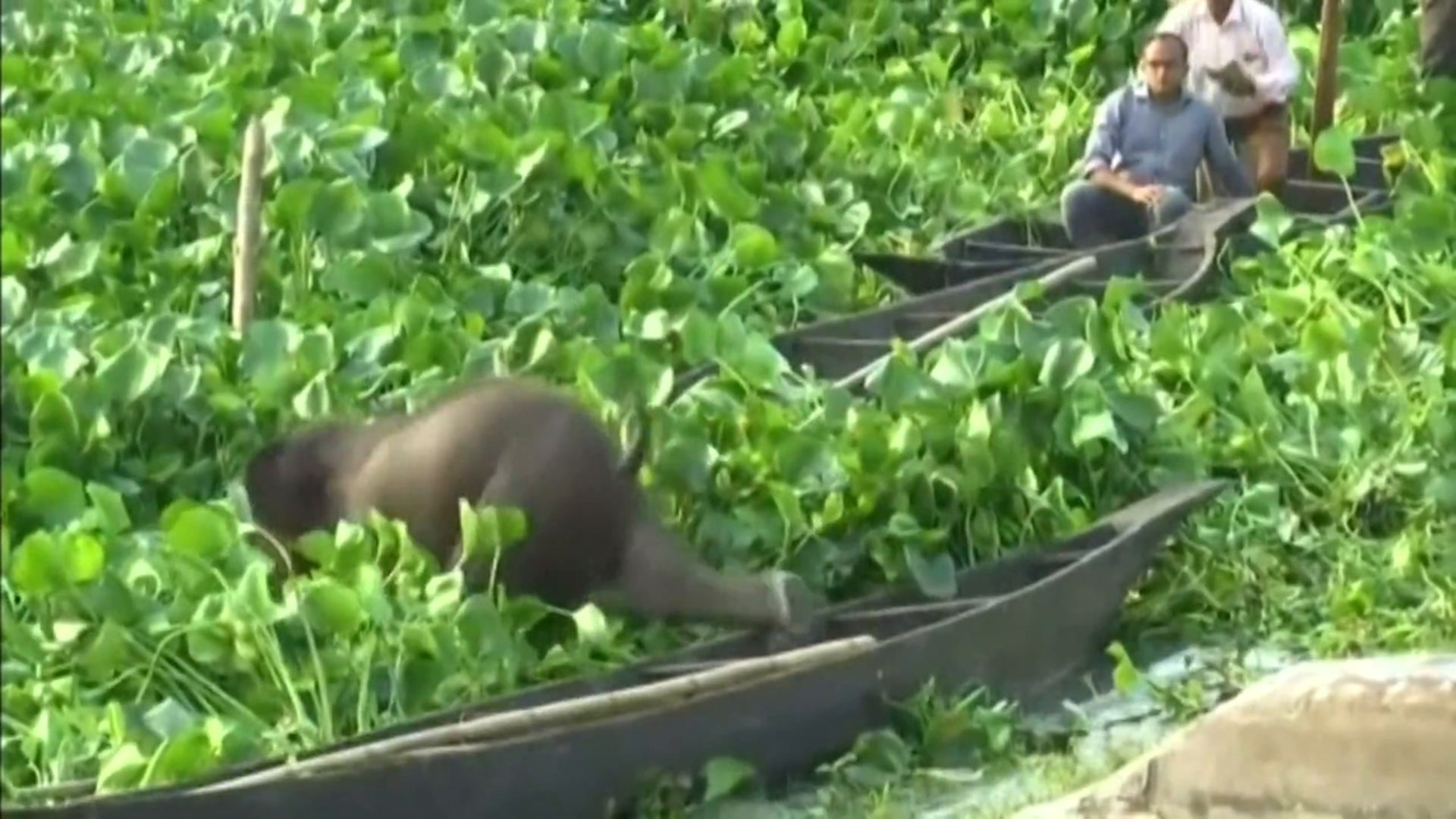 KAMRUP, Assam, India (RTV) - An elephant calf was rescued from a lake by forest authorities in India after becoming separated from its mother.

The baby elephant became stranded in the Deepor Beel Lake and was guided out of the water by forest officials and local men with boats.

A forest officer said authorities' priority was to reunite the calf with its mother.

An increasing human population in India has depleted the habitat of wild animals, forcing them to stray into human settlements, attacking people and often being killed in response.