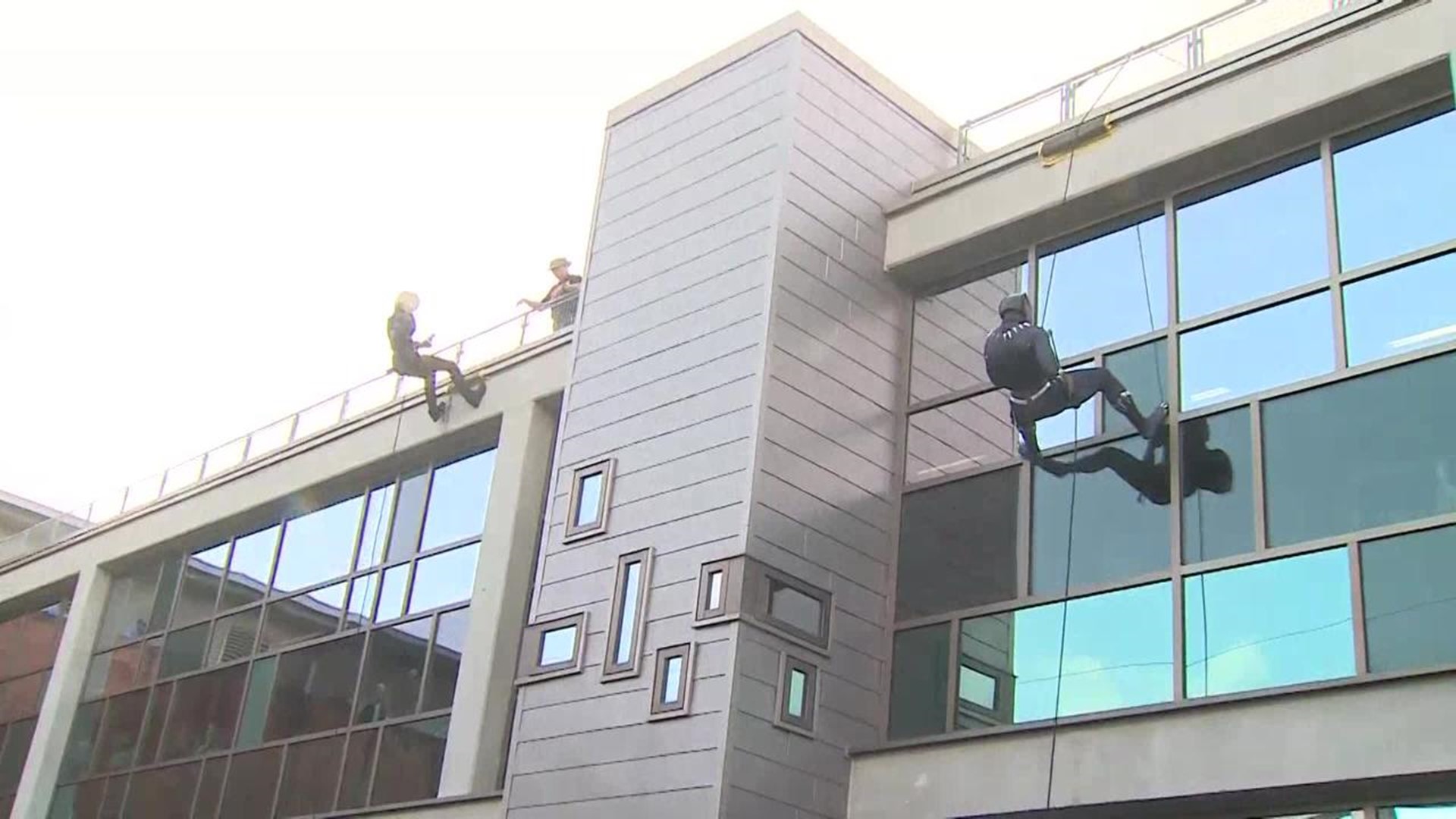 AUSTIN, Texas (KXAN) — The duty of police officers: protect, serve, and dress up as superheroes to surprise kids at a children's hospital in Texas.

Austin Police officers traded in their badges and uniforms for masks and capes to visit young patients in Dell Children's Hospital.

Batman rappelled down the building. Captain America stopped and waved at kids through a large window. Spider-Man showed off a stunt on his way down.

Wonder Woman and Superman also made an appearance, waving to the kids.

In the end, Batman and Robin hauled the Joker off to jail.