The photo has actually been hanging on the restaurant's wall for years. 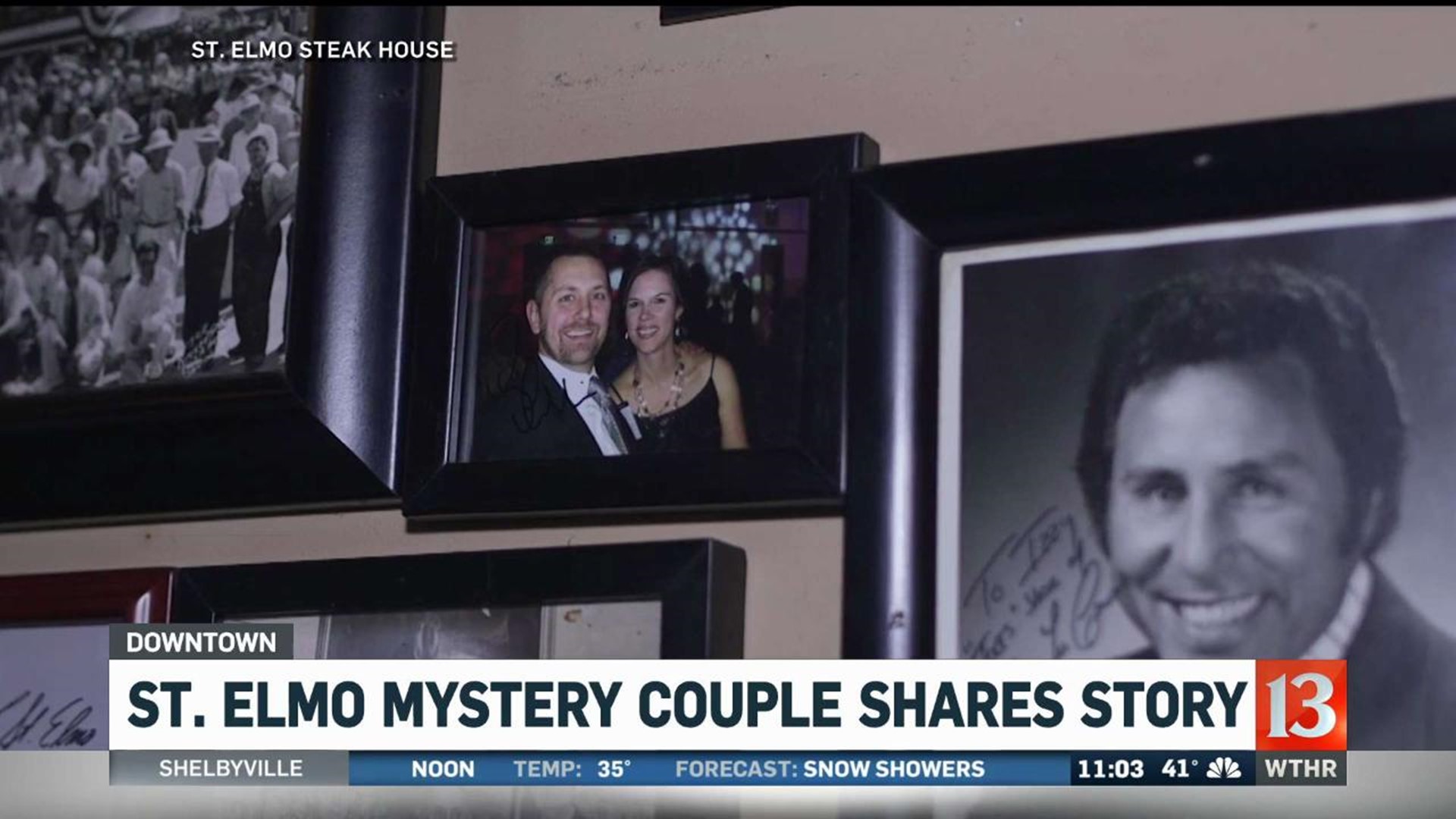 The husband and wife became a sensation recently as St. Elmo tried to figure out who they were after finding their photo on its walls.

St. Elmo's decor includes an array of photos of celebrities who have visited.

On Thursday evening, the couple came to the restaurant to share the story behind the photo. It has actually been hanging on the restaurant's wall for years.

Doug and Carol Collins had been seated at the same table during visits to St. Elmo and had noticed a blank space on the wall among the pictures.

So in 2013 they took measurements of the spot.

On Doug's 40th birthday they came prepared with a framed photo of the two and double-sided tape to secure the frame.

Doug had hoped the frame would stay on the wall for a year and they wouldn't get barred from the restaurant.

At the end of the meal, Carol and their friends left the table and Doug was left to place the frame by himself.

He did it with a message left on the back.

"Placed here on my 40th birthday, all due respect. Unless you are taking us down to put up a real celebrity, we kindly ask that you put us back up," Doug said.

The Collins say they come back to the restaurant to eat about once a year, sit at their favorite table and chuckle that the photo is still up.

"It was hysterical to see this video about this mystery couple and what's the story behind it, because we had been laughing about this story for years and telling our friends at parties and getting a huge kick out of it, but never realizing that it would get discovered," Carol said.

The restaurant treated the couple to a drink and a free meal for sharing their story.