Pregnant, deaf woman punched along with her service dog on airplane

On a flight to Orlando, police say a man punched a service dog in the face, and hit the animal's owner, who is deaf, and pregnant. 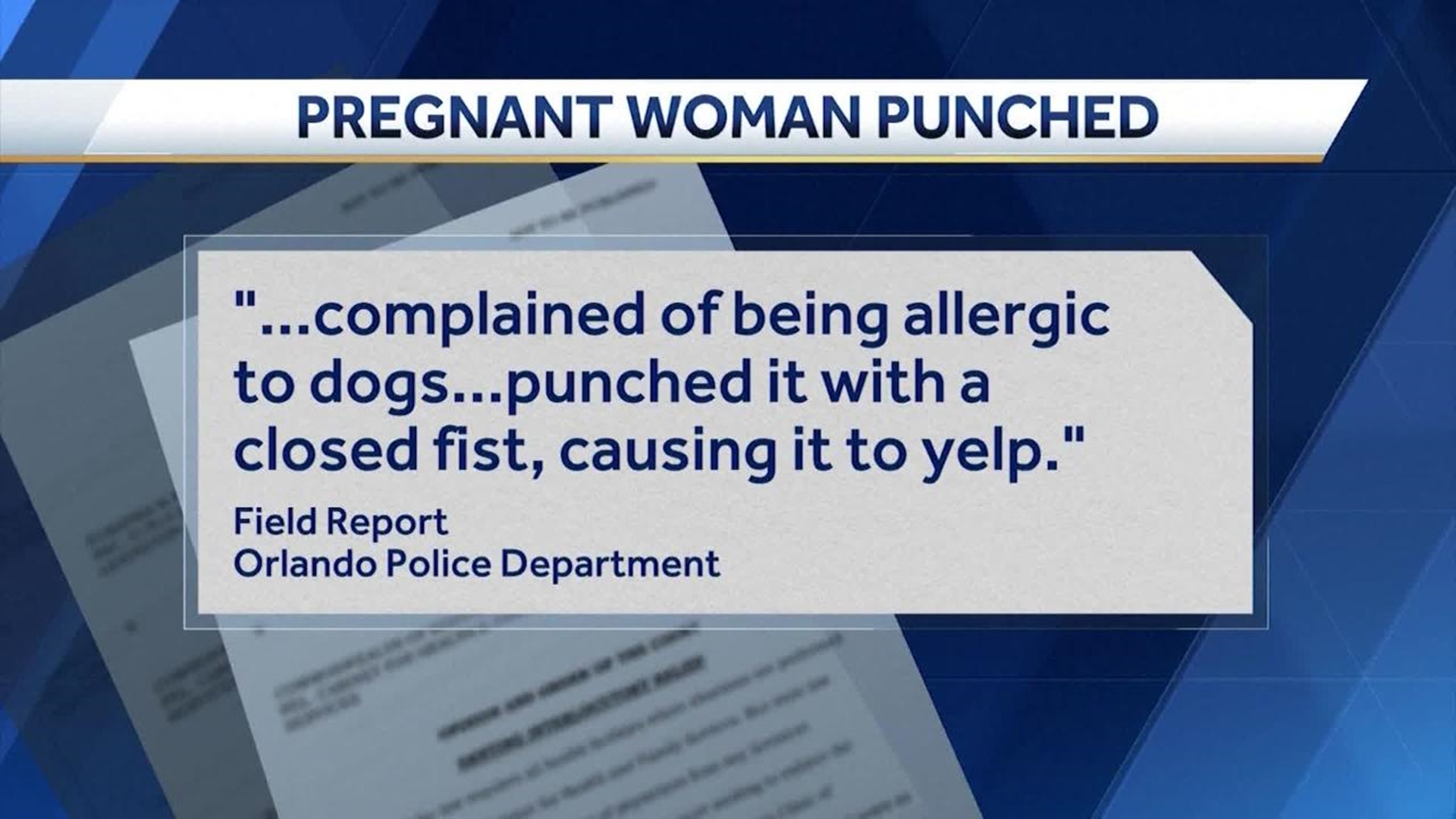 ORLANDO, Florida (WESH) - Chaos on-board an airplane heading to Orlando when police say a man punched a service dog in the face because his wife was allergic.

He also hit the animal's owner, who is deaf, and pregnant.

"I heard yelling. At first I didn't think it was anything and I looked over and there was a big group of people,” said Phillip Moreno, who works at the Orlando Airport. “It was kind of shuffle. I saw a dog running around."

What Moreno didn’t see was what had happened on the plane as it was landing.

The woman with the dog and her husband are both deaf and travel with their Great Dane service dog. Their children were also flying with them.

Police say the suspect claimed his wife complained of an allergy to dogs.

And he felt the dog was taking more space than it deserved, so he punched it with a closed fist.

Then, at some point, the pregnant woman was punched in the stomach by the suspect, who also touched her two children.

A flight attendant notified local police when the plane landed.

Moreno, working at the gate, took cell phone video. "I saw a woman, I couldn't really understand what she was saying,” he said. “She was freaking out. And I couldn't figure out why this man was chasing another man."

So far no one has been arrested, but federal charges could be filed because the incident happened in the air.