A Sheriff's Office in New Mexico is investigating a holiday horror after an employee's family awoke to a "gruesome scene" of a slain Christmas decoration. 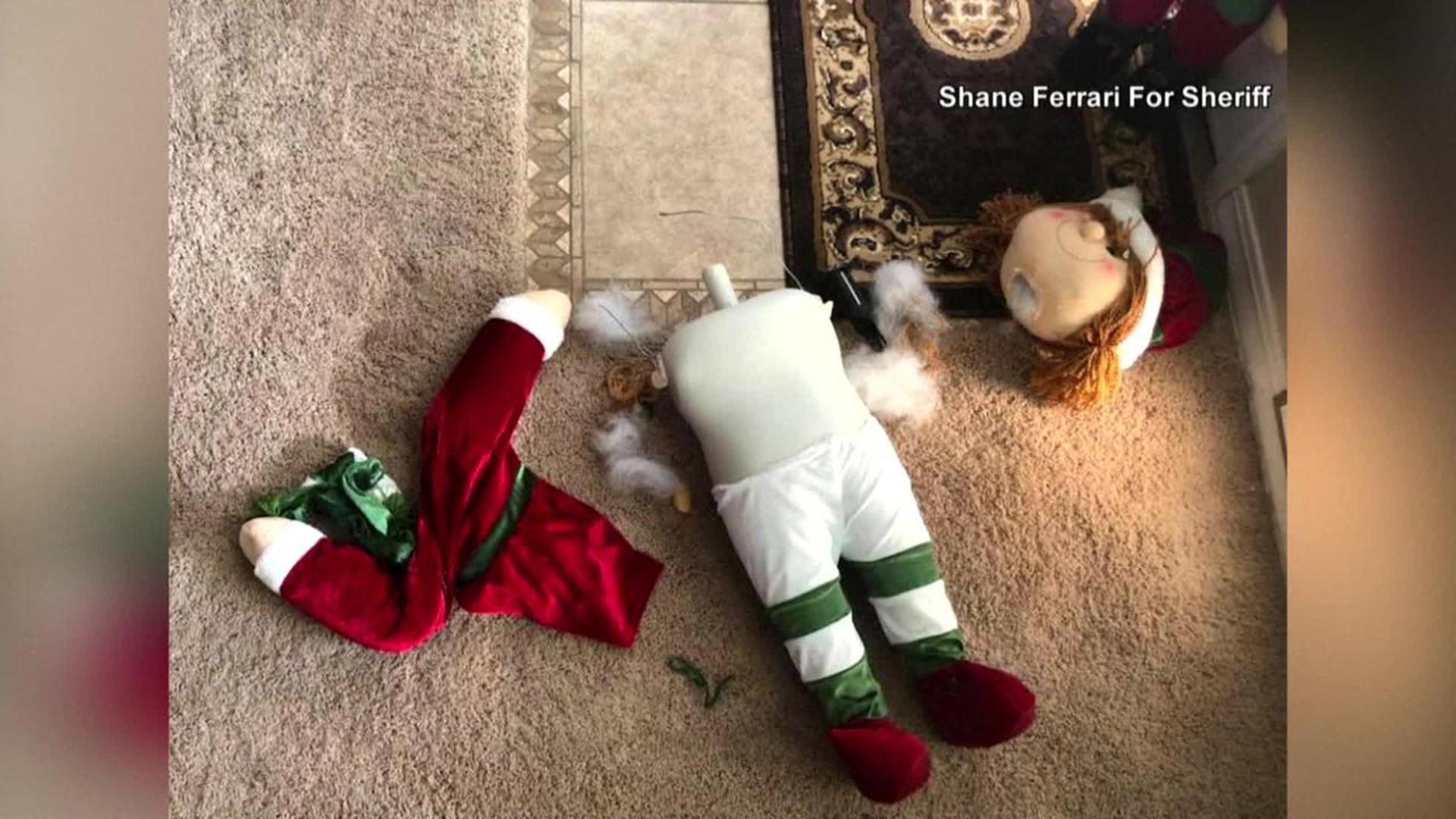 SAN JUAN, NEW MEXICO (NBC) - One pooch in San Juan, New Mexico is learning if you do the crime, then you got to do the time.

Josie was taken into custody after she was accused of attacking a beloved elf.

Her owner Shane Ferrari says he and his family woke up one morning and found the elf headless and in pieces.

After conducting a full investigation, they found bits of stuffing next to Josie's doggy door.

She was taken into custody for the horrific holiday attack.

Friends of the beloved elf later held a vigil in the elf's honor.

The photos have since been shared close to 30,000 times.