A KKK robe and Christmas ornaments with swastikas on them were among the controversial items up for sale at a Kentucky gun show over the weekend. 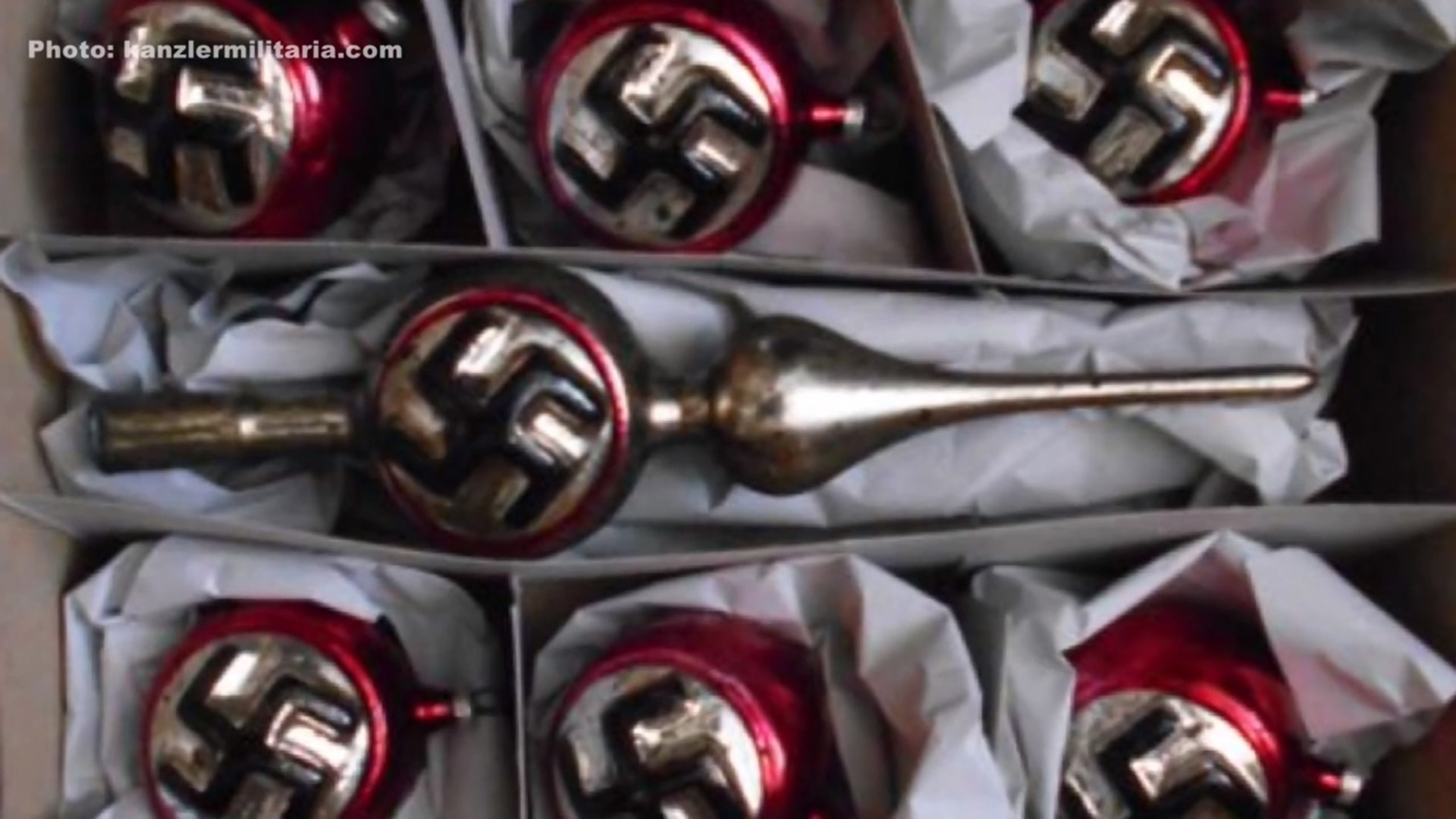 LOUISVILLE, Ky. (WTHR) - A KKK robe and Christmas ornaments with swastikas on them were among the controversial items up for sale at a Kentucky gun show over the weekend.

“They are original, I have no interest in political statements. I’m not into hate or anything like that. These things are a part of history.” https://t.co/fP0YlGB2yS

Walter Kanzler Guns and Militaria from Florida was one of the vendors at the Kentucky Expo Center for National Gun Day, according to NBC station WAVE. The collector sold World War II Christmas ornaments adorned with Swastikas the same day 11 people were gunned down at a Jewish synagogue in Pittsburgh.

Kanzler's website includes a disclaimer saying it "is for historical interest only and has NO political agenda and/or views whatsoever."

State Fair Board Chairman Dr. Mark Lynn wants to ban Nazi and white supremacy items from being sold on the property.

University of Kentucky basketball stars Rex Chapman and Mike Pratt said on Twitter that if the Fair Board's policy doesn't change, they want their Hall of Fame plaques removed because they want no part of hate.

I am with you Rex they can remove mine also...No room for hate in my world✌️

Get more on this story from WAVE.