Mahomes thanks 'jinxed' fan for 'doing what was best' for Chiefs

It went viral on social media. 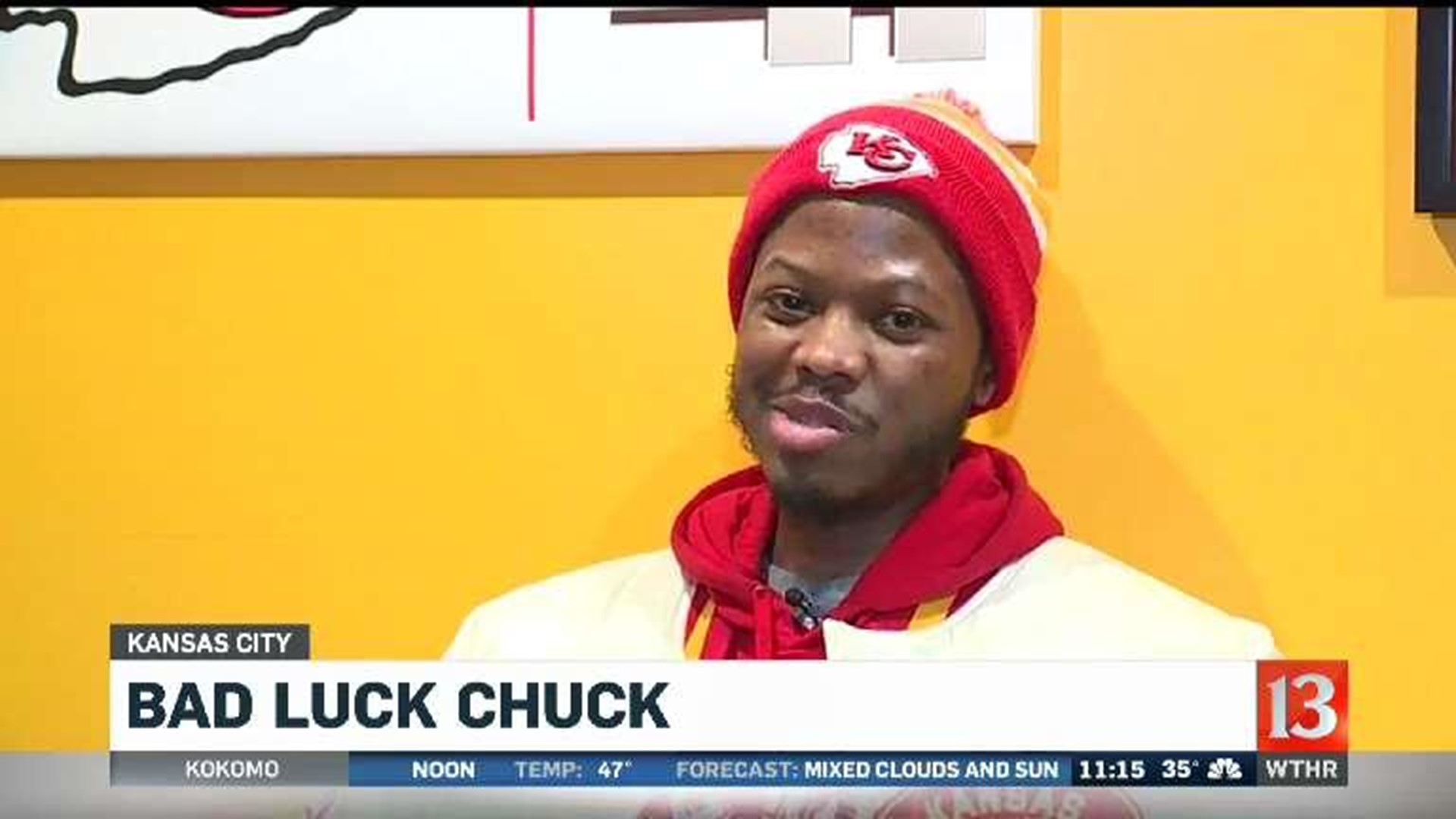 His early departure from the stands of a professional football game Sunday is the talk of social media.

"It was like 7 or 8 different people in my mentions, talking about 'get Charles out the stadium right now,'" said Charles Penn.

The lifelong Kansas City Chiefs fan is living proof that not all heroes wear capes. Some just have to walk away to save a kingdom.

"All right, I'm outta here so we can get this second half comeback going, hopefully. I can't do it. Gotta leave man. It's my only hope," Penn said.

He paid good money, more than $200, for a seat at Sunday's AFC divisional game, but he gave it up for a greater cause.

It went viral on social media.

And what happened goes a long way toward proving that Bad Luck Chuck might very well be a jinx to Chief's Kingdom. He left the stadium when the score made things looked bleak for KC fans.

"And then when I got into the house, I see Darwin Thompson recovered a fumble. I said 'man, what the heck. I was, man. I knew that was going to happen.'"

The turnaround was dramatic, 41 unanswered points as the Chiefs went from a 24-0 deficit to eventually winning the game over Houston, 51-31.

Asked if he believes he's a Chiefs jinks, Penn said "I don't believe it, but today..."

Chiefs quarterback Patrick Mahomes even acknowledged Penn's "contribution" in a tweet, saying "appreciate you doing what was best for the Kingdom".

Appreciate you doing what was best for the Kingdom! 😂😂😂

As for this weekend's championship game, Penn says he won't be in the stands.