'Leaning Tower of Dallas' is online star after implosion

After an implosion failed to bring down the core of Dallas office building, the online jokes began. 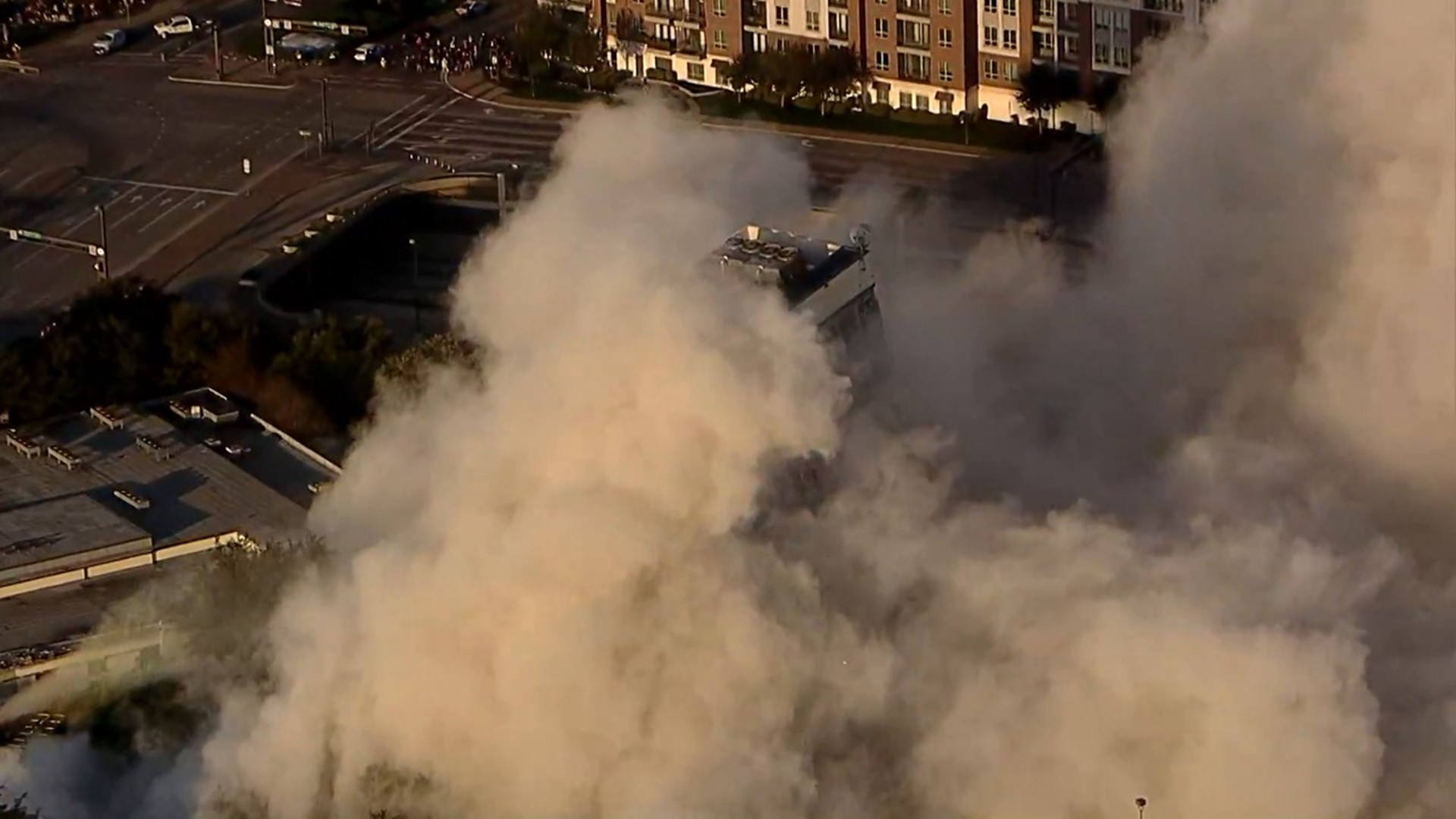 DALLAS (AP) — A social media sensation dubbed the “Leaning Tower of Dallas” was born when a portion of a building survived an implosion over the weekend in Dallas.

After the implosion Sunday failed to bring down the core of the 11-story former Affiliated Computer Services building, the online jokes and photos began.

Many, inspired by Italy's Leaning Tower of Pisa, began posting photos showing themselves pretending to prop up the lopsided tower.

One Twitter user quipped, “Oops, an implosion masterpiece!!!” Another asked, “Who needs Pisa? We have the Leaning Tower of Dallas.”