A college lacrosse player made it her goal to return to the field after her leg was severed in a moped accident. 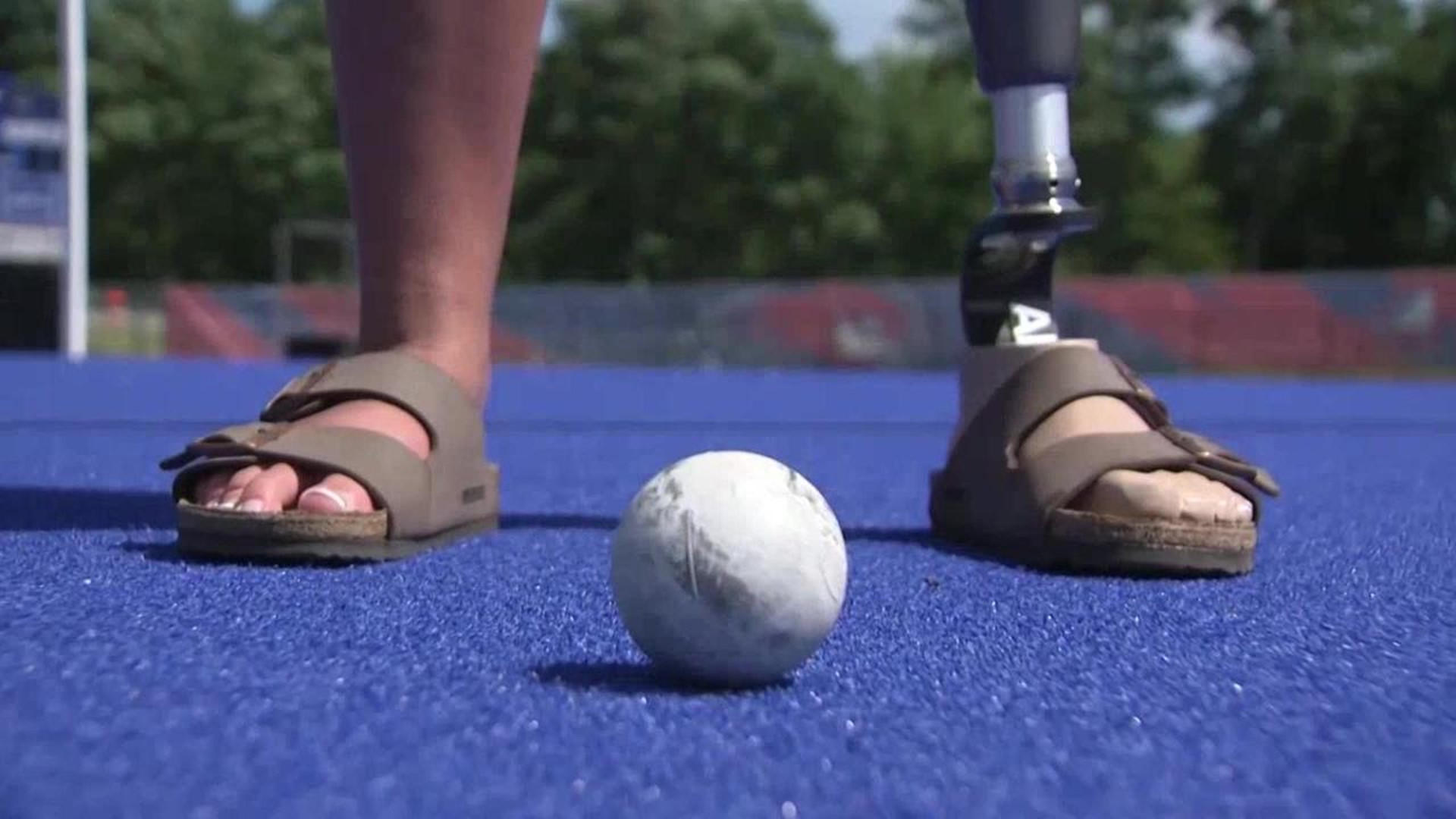 LOWELL, Mass. (WBTS) — At the end of her freshman year in college, Noelle Lambert was at the top of her game. A rising star of the UMass Lowell lacrosse team, she had just come off her first season as a top scorer for the school’s Division 1 program.

Then, an accident changed everything.

“The second the accident happened, when I was laying on the ground, lacrosse jumped into my head immediately. I remember thinking, ‘Oh my god, what am I going to do?’” recalled Lambert, now a junior at the college.

Lambert had been riding a moped with a teammate when they collided with a truck on Martha’s Vineyard. Upon impact, her leg was severed. The injuries resulted in amputation.

“I was just like, this is going to be tough,” Lambert said, “This isn't going to be a walk in the park.”

But that did not stop her from making plans to return to school and the sport. After receiving a prosthetic limb, Lambert slowly began to walk and run, again. In the spring, she began training on a treadmill and outside, all with the goal of joining her lacrosse team this year.

“My goal is to step back on the field again,” she explained. “I'm not going to act like nothing happened, but just overcome my accident.”

To help her through this process, Lambert said she has relied on several organizations that have provided both emotional and financial support. Most recently, she received a new, waterproof prosthetic from Boston Marathon bombing survivor, Heather Abbott.

“Being able to help Noelle do things that she was able to do when she had two legs so early on in her recovery process is really important,” said Abbott, who started the Heather Abbott Foundation to aid amputees during their recovery.

For Lambert, the focus is no longer on her accident or injury. Instead, she is only looking toward the future. She has a fitness test with her team in two weeks.

“I want to overcome this fitness test. I know that I'm probably not going to be the player I was, but that's not what I want,” she said, “I just want to be able to step back out on the field and say that I did this.”

For more information about the Heather Abbott Foundation, please visit their website.