The tech giant, is showcasing Yasseen Hamdouchi, his dad and their app. 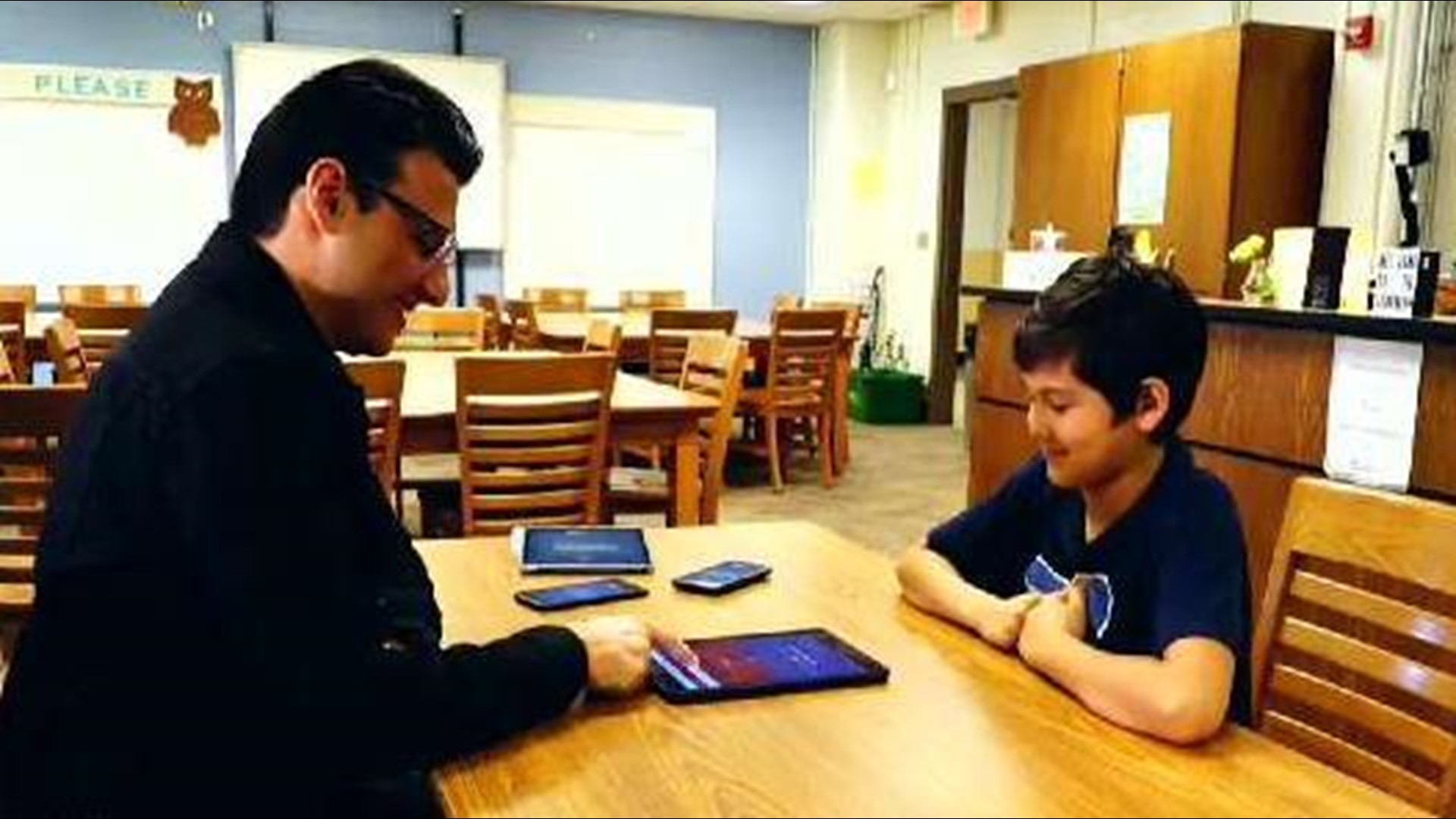 INDIANAPOLIS (WTHR) — How many parents and kids livened up a boring road trip with a game of "guess my number." One creative IPS fourth grader decided to "up" the game. He and his dad created The Number Guessing Challenge.

The new app has Apple's attention. The tech giant, is showcasing Yasseen Hamdouchi, his dad and their app.

Yasseen, a fourth grader at the Sidener Academy already knows enough about numbers to have fun with them and take on adults willing to play his guessing game.

Are you sure you are up for this? "Yes." he replied as he went head-to-head with Eyewitness News reporter Rich Van Wyk.

Players enter a number, without letting their opponent see it.

When the game begins, "You are trying to guess my number from 1 to 100," Yasseen explained.

The first to guess their opponent's number wins.

"You are doomed, pick better," the app's voice said as Yasseen picked a wrong number.

"I was one number off." Yasseen said.

Rich guesses right and won the round.

The 9-year-old student's idea for the app was born from boredom.

"On long trips, I'd get bored so one of my favorite games was pick a number," Yasseen explained. "We decided to make an app."

Father and son went to work.

"Could you have developed this with out Yasseen?" asked Rich Van Wyk.

"No way, because I didn't have the idea," Mohamed Hamdouchi said. "It wasn't my idea."

Mohamed, a professional app developer, supplied the perspiration to Yasseen's inspiration. The fourth grader worked on the layout, design and the voice tracks.

"Are you trying to get grounded?" the game asked.

"Do you get tired of hearing your voice?" Rich van Wyk asked.

"No," Yasseen said with a smile.

"If he finds a bug he gets really, really excited because he found a bug I made a mistake on," Mohamed explained.

The app caught Apple's attention. The Number Guessing Challenge and the father-son story behind it was selected for a highly competitive spot in Apple's app store.

"It's pretty awesome to be an App Store feature" Yasseen said.

Something like only one in 7,500 developers get the opportunity.

"Now we start talking together and working together. We are spending more time together," Mohamed said.

Yasseen said he hopes parents and his classmates have fun playing his game. If there is any money to be made.

"I want to use if for my education," Yasseen said.

If you haven't figured it out by know, he's a pretty sharp kid.

"Got you!" Yasseen said with a smile as he evened the score with Rich as the game's voice announced, "the agony of defeat."

The game is available on the Apple App Store for 99 cents.