The Villages retirement community is known for two things: its leisurely living and Larry the alligator. 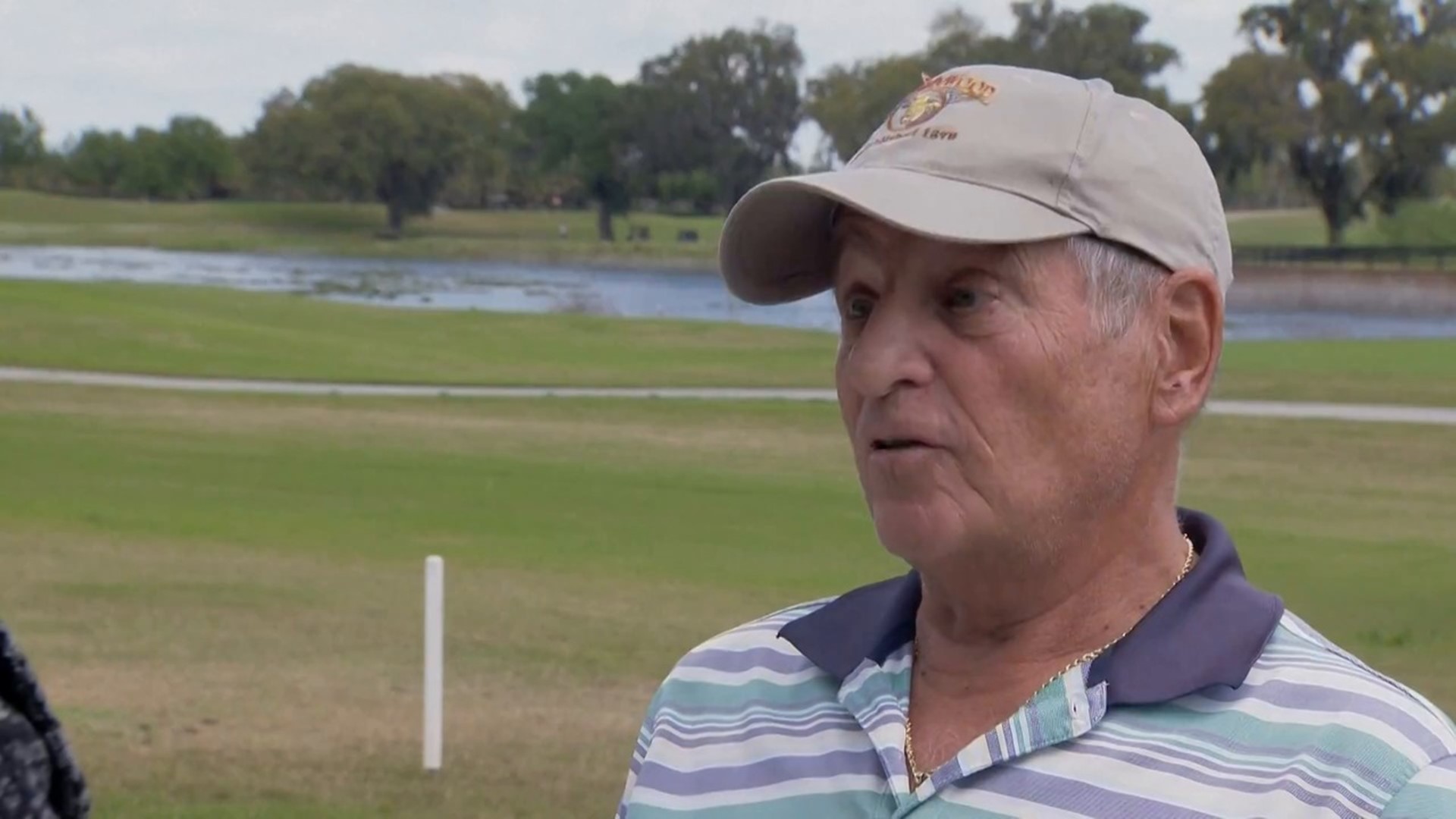 THE VILLAGES, Fla. (WESH) — The Villages retirement community is known for two things: its leisurely living and Larry the alligator.

Larry lives in a lake by a golf course. When he gets bored, Larry gives his human neighbors a thrill, and makes his gargantuan presence known.

When Larry strutted across the golf court path last weekend, traffic stopped in both directions.

"I was first scared out of my pants because he was so large," said Marc Scher. "I mean, it was like looking at a prehistoric monster. And I had one foot on my accelerator on my golf cart in case he made a move."

Larry is a gator celebrity — he's well known in the area. People often stop and stare at him.

He has a plaque with his name on it and even has his own Facebook page where he's listed as a public figure.

But people know the rules: Don't feed him. Keep your children and pets away. Keep your distance.