Getting a (stuffed) dog home in time for Christmas

A Colorado woman was reunited with a gift for her niece after losing him across the Atlantic Ocean. 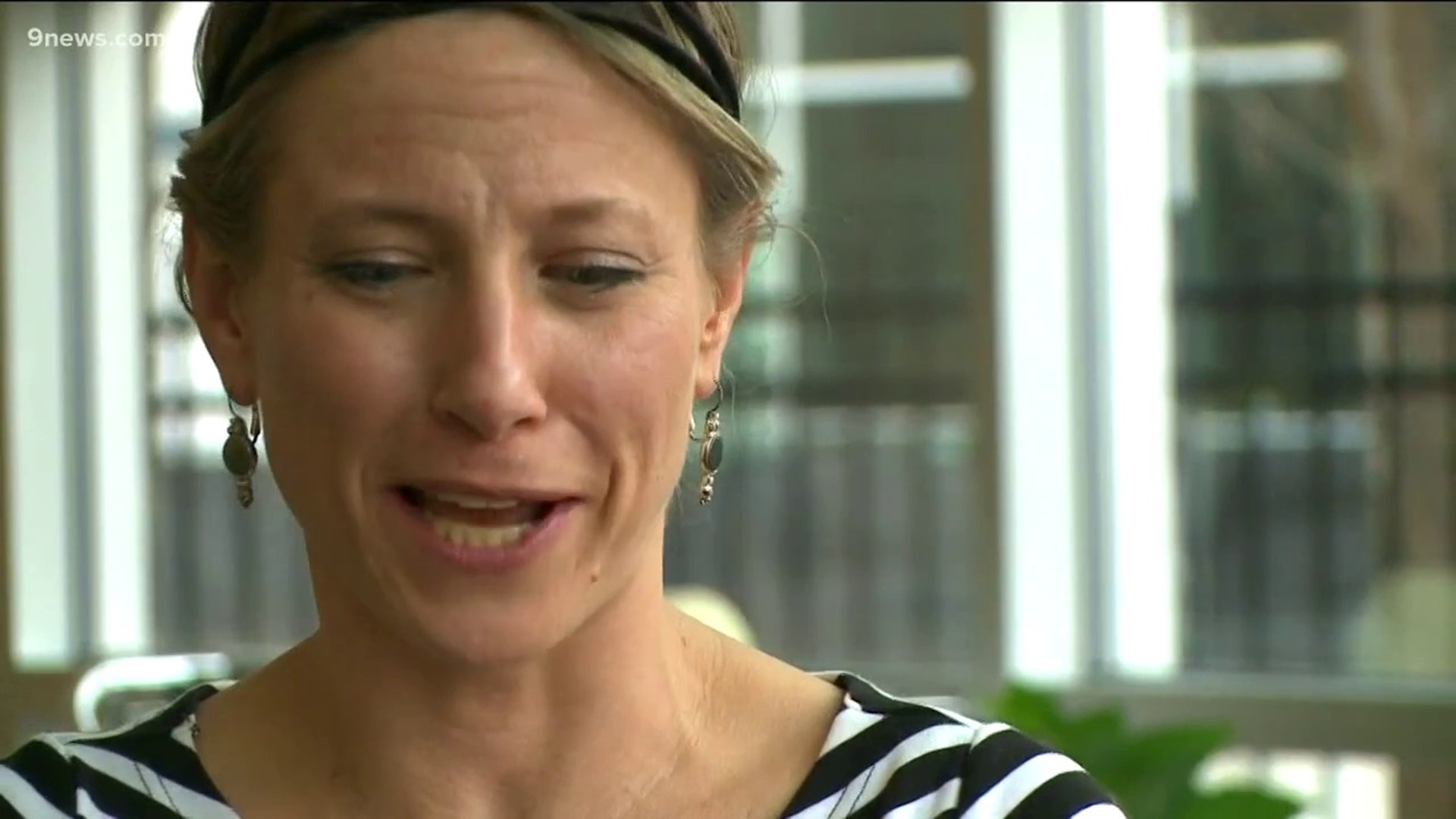 Tara Wilkins bought a souvenir in a small Swiss village that tagged along with her during her escapades in Europe. The teacher said she wanted to show her family that she was thinking of them.

"I really like buying gifts for them because I know it will make them happy and I think about the looks on their faces," Wilkins said. "Especially something that’s a special trip for me, I want them to have something that I brought them from that."

The stuffed dog, Bernie, started as a gift for her then 2-year-old niece. But he quickly “became our mascot,” Wilkins said.

Bernie's adventures started with a 105-mile loop around the massive Mont Blanc through Switzerland, Italy, and France. 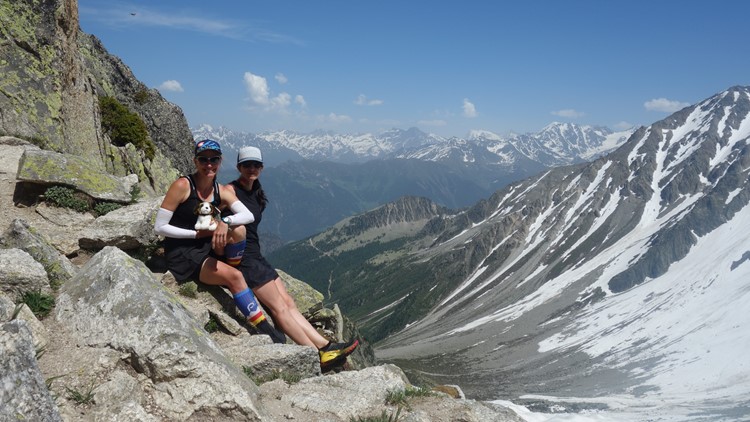 “We’re running this giant thing in these huge mountain passes with this little St. Bernard dog sticking out,” Wilkins said. 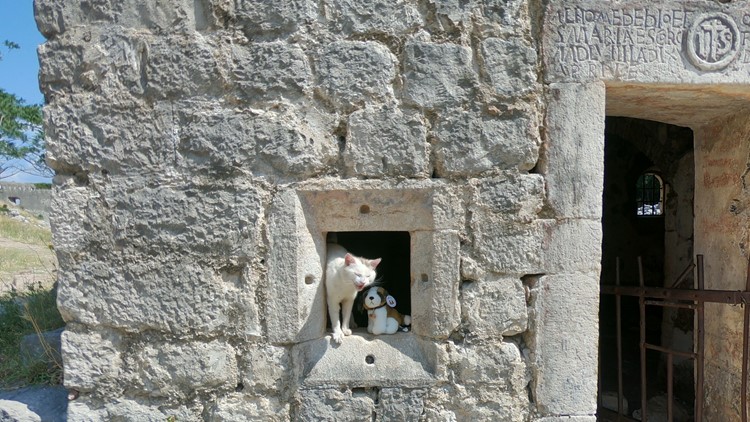 At the end of her trip, Wilkins summitted Mt. Olympus with the Swiss pup in tow. And for a while, that seemed like it would be the last adventure they would go on together. 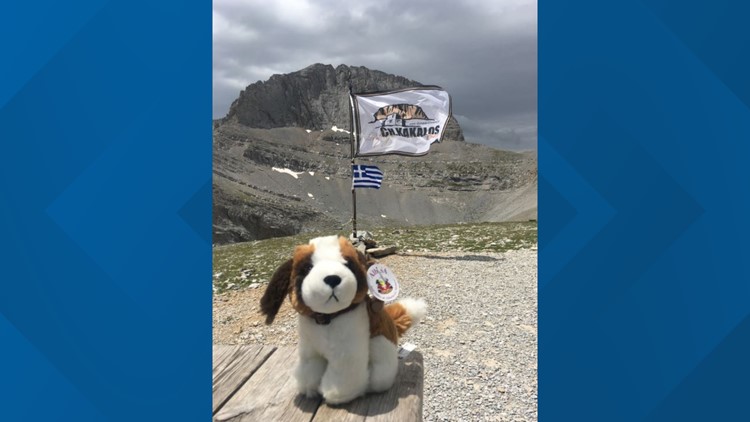 Wilkins said she had forgotten Bernie in a hostel located in a small Greek town near the base of Mt. Olympus and didn’t realize until she went all the way south to Athens.

“Somehow in the shuffle, Bernie got left,” Wilkins said. “It was a tragedy. My friend, the hostel owner texted me and he sent me a photo and I was like ‘no, not Bernie! The only thing that would have been worse was my passport. And honestly, kind of on the same level. I was so upset.” 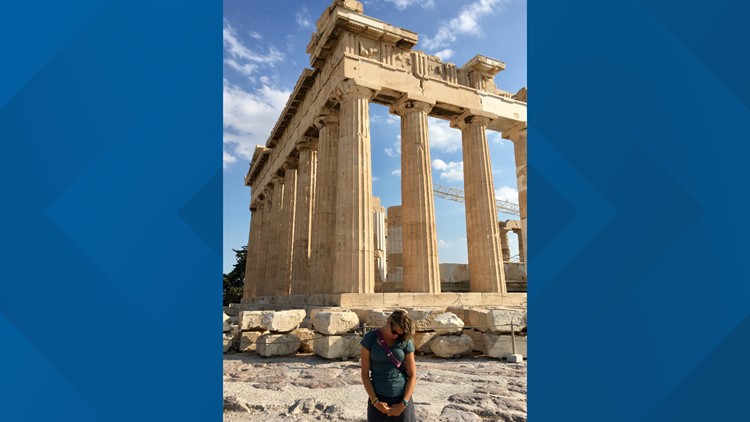 Tara Wilkins had forgotten Bernie at a small Greek town hostel near the base of Mt. Olympus and didn’t realize until she went all the way south to Athens.

She only had half a day before she flew back to Colorado and the town was a five-hour drive away. She couldn’t go home and also get Bernie.

Then serendipity struck. A 9NEWS producer just so happened to pass through the same hostel a few months later on his trek to the peak of Mt. Olympus. He agreed to take the pup back with him.

“I was so surprised,” Wilkins said. “Peri, the hostel owner, sent me a message on WhatsApp saying 'hey, I found someone from Denver who can take Bernie back if that’s okay. He probably seems like he’s not a creeper. So is it okay if I give it to him?' And I’m like 'ok, of course of course. That's fantastic!'" 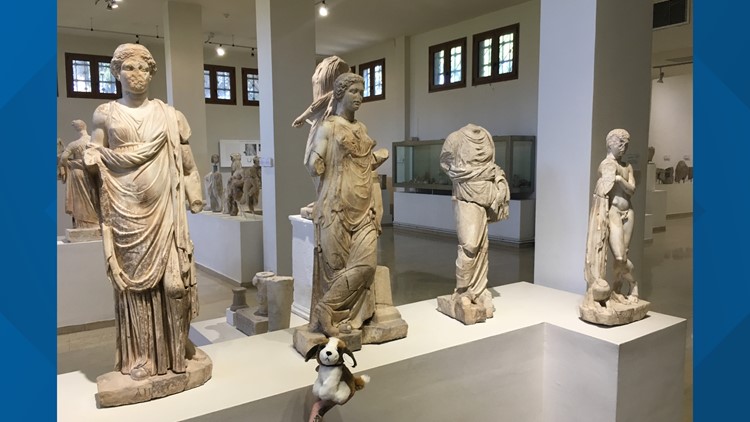 9NEWS reunited the dog with his owner in Denver.

If someone did not come across the dog by Christmas, the Greek hostel owner told Wilkins he would ship the dog to Colorado.

“What are the odds?” Wilkins said. “Seriously. That a tiny hostel in Greece - not even one of the most touristy areas really - It’s touristy, but not like the islands where there’s people all of the time.”

She said she is grateful that Bernie was returned to her in time for the holidays.

“I’m going to give him to my niece for Christmas," Wilkins said. “It means so much to have him back in time for the holidays. I get to follow through with all of that…and I know that she’s going to love him and it’s going to be special - and I can’t wait to give him to her.”

Wilkins said she is excited that Bernie will have a “forever home.”