An unusual protest Friday on the campus of a Vermont university tackled attitudes about gender, using snacks. 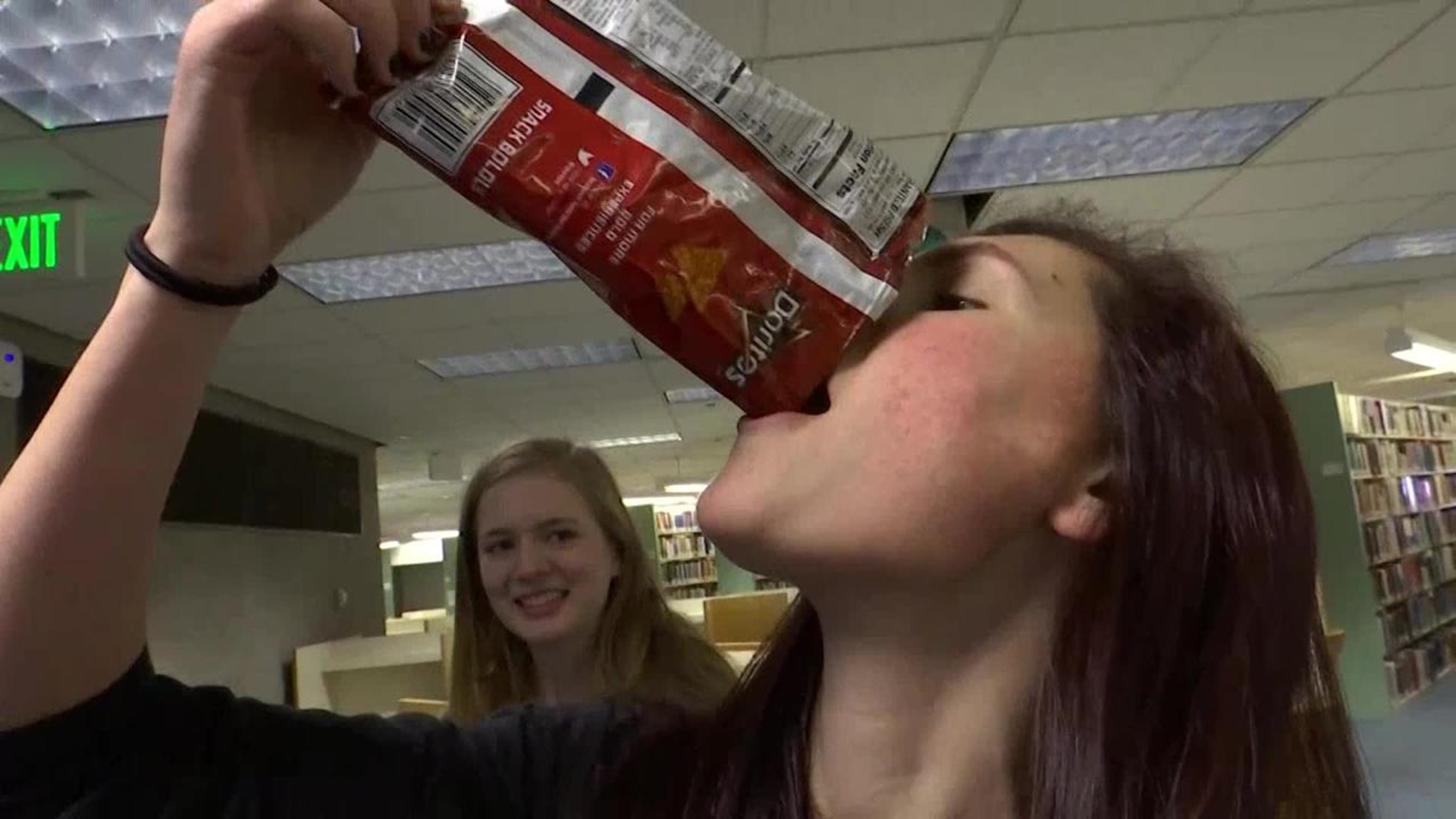 BURLINGTON, VT (WBTS) - A group of northeast college students with a "chip" on their shoulders took a bite out of controversy on Friday.

Female students at the University of Vermont held a munch-in on the quiet floors of the Bailey-Howe Library using bags of Doritos.

They crinkled and crunched as part of a nationwide dust-up between female consumers and Doritos.

Nooyi said guys aren't afraid to lick the Doritos dust from their fingers and dump the fragments into their mouths while women don't want a loud crunch or to "lick their fingers generously."

Nooyi said the company was considering launching products with more subtle crunches and less finger-staining that could be carried in a purse.

Protest participants admitted it was a tongue-in-cheek demonstration but they hope to chow down what they call society's unfair expectations that women should be less bold.

"Chips do not have genders," said student Rachel Foster.

Student Lily McAdams said, "This was, you know, a funny way to react with very real sentiments underneath."

After backlash, Pepsi-Co assured consumers there would be no so-called "Lady Doritos", tweeting, "We already have Doritos for women they're called Doritos, and they're loved by millions."