His owner woke up one morning to photos of his dog at the police station, only to find out his dog was back in his yard. 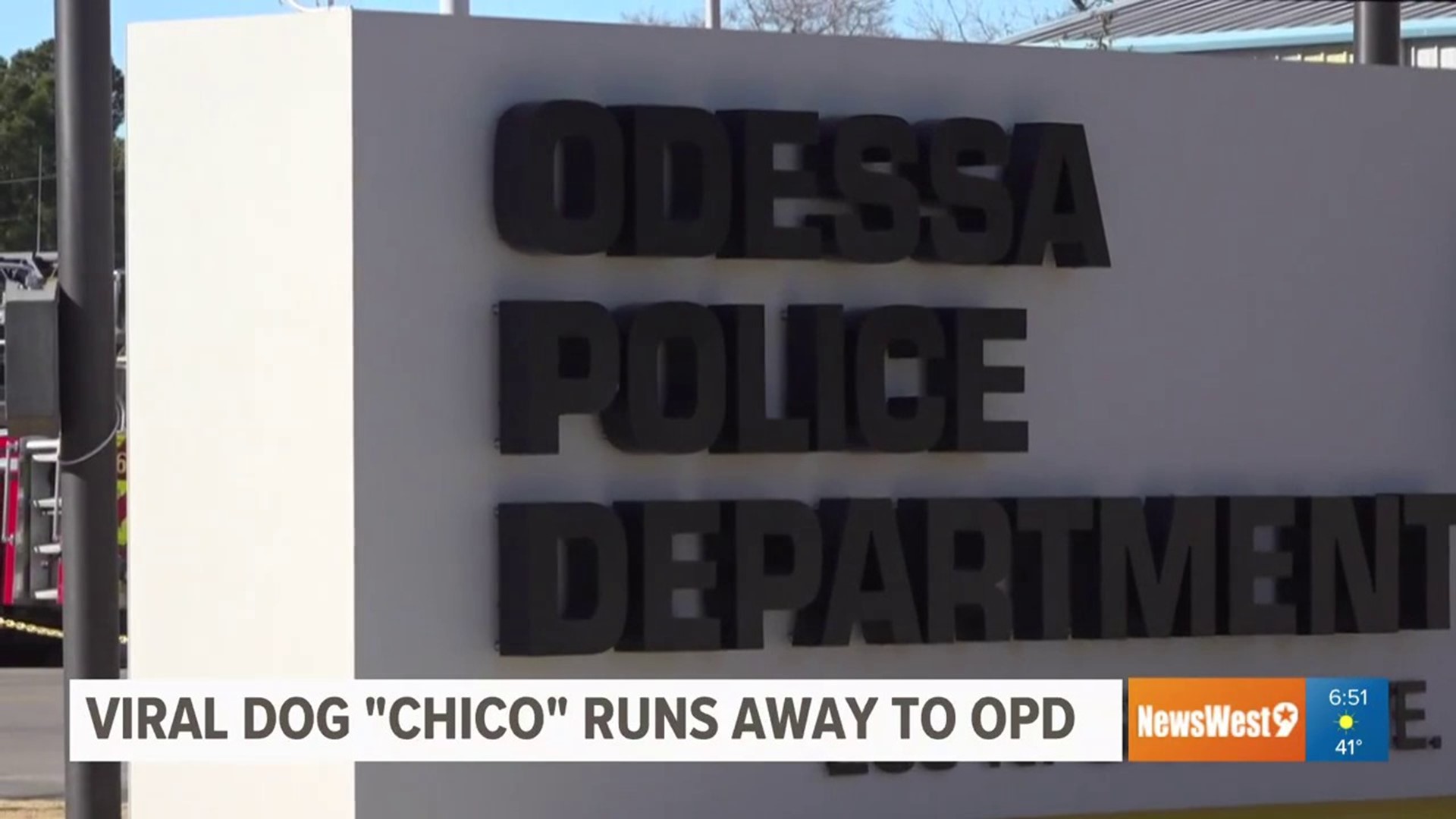 ODESSA, Texas (KWES) — It can be scary for any dog owner when they find out their dog ran away. But what if the dog ran to the police station, only to head back home?

Chico is a 1-year-old husky and German Shepherd mix. His owner, Edward Alvarado, was hoping to have him as a guard dog.

"We were going to have him at my dad's store to be a guard dog," said Alvarado. "He doesn't take stuff seriously."

Early one morning, Chico ran out the gate while Alvarado was asleep.

Overnight, Chico blew up social media that morning. Photos circulated on Facebook of his furry self greeting employees at the Odessa Police Department at 3:30 a.m. It caught the attention of Alvarado's nephew who immediately texted him.

"He asked me, 'Is that Chico?' I came outside and checked. But he was there already. That's kind of cool," Alvarado said. "He knows where to go!"

"He does have the look of a German Shepherd and a lot of people were posting he probably wanted to join the squad or something like that."

The department said Chico is welcome back anytime.

They say a dog is a man's best friend. For Chico, Alvarado is his. He said he is planning to take trips with Chico so he can experience and see the rest of the world. He may even visit more police stations.