Curtis Allen was playing his first game of his senior year at University of Texas at Dallas when he went into cardiac arrest. 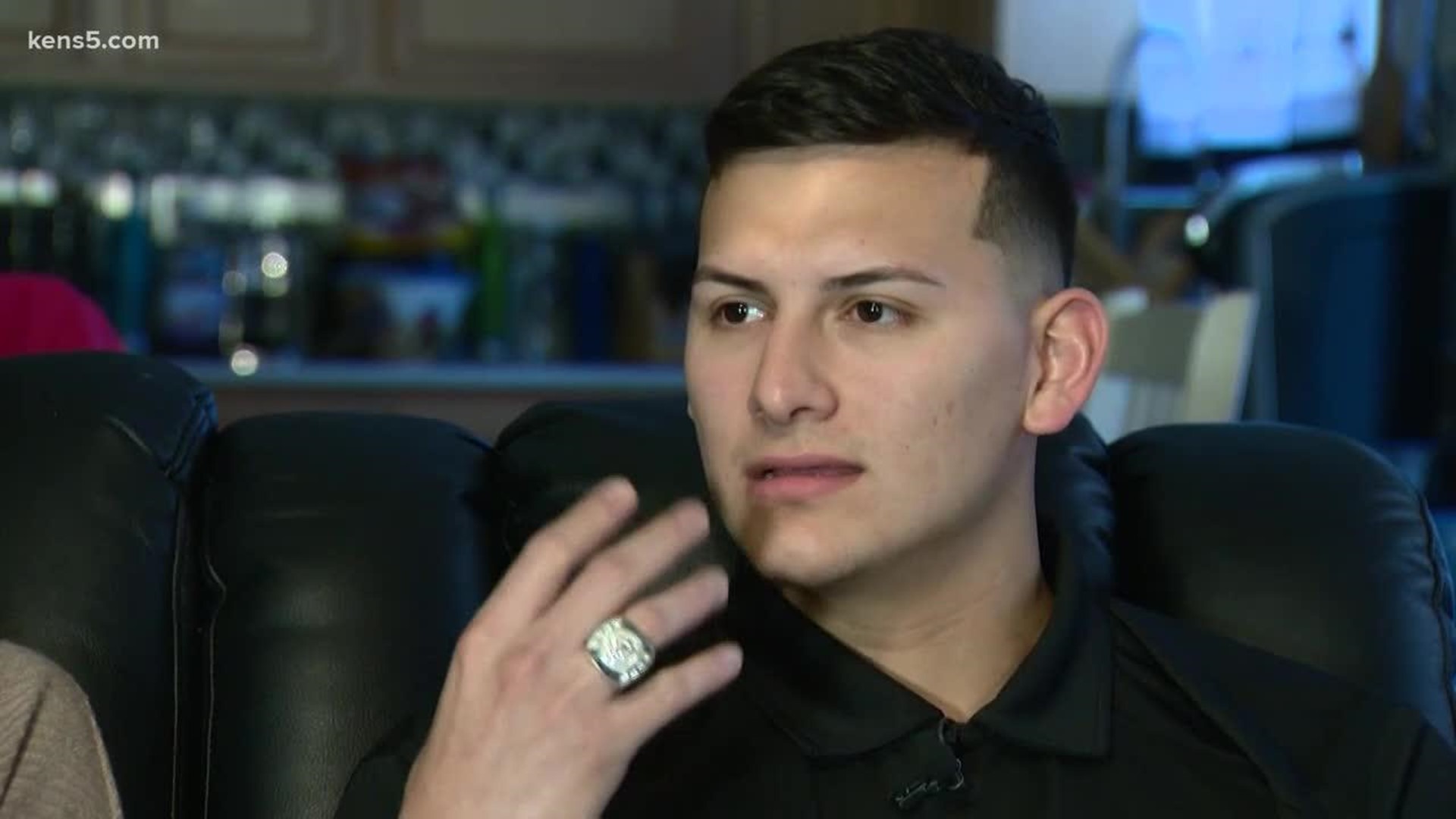 SAN ANTONIO (KENS) — For San Antonio resident Curtis Allen, his future goals revolved around the sport he loved. Allen started playing basketball as a child but never really grabbed the spotlight until he was in high school.

“My junior year, I really came onto the scene in the San Antonio basketball world,” Allen said.

He was recruited to join the team at University of Texas at Dallas after his senior year — a major accomplishment for Allen.

“Knowing how badly he wanted it, that he got to experience something that most high school basketball athletes don't experience, it was just a great day,” said Allen’s father, Ernest Arrellano.

After three years on the UTD men’s basketball team, Allen was excited for his final season.

“We were coming into the season as the 11th team in the nation, so I was pretty nervous, and excited to hold that up,” he said.

On Nov. 9, 21-year-old Allen felt like his first game of his final season was like any other game day. “I ate breakfast with the team, went through pre-game rituals,” he said.

But no pre-game preparation could prepare him for what would happen during the first half of the game.

Seven minutes into the game vs. the University of the Redlands, Curtis said he remembered rebounding the ball. Game video shows Curtis pass the ball to a teammate as the camera follows the team to their home basket.

However, Allen wasn’t with them.

“I passed the ball, and my vision just started going black. It felt like a rush just came up to my body and I walked over to the bench as I was going black,” said Allen.

A YouTube video posted by UTD Comet Sports shows his teammates frantically calling for help as trainers rushed to where Allen had collapsed.

Allen’s parents were sitting in the stands, watching as their son collapsed on the court.

“He passed out right there in front of the coach's feet,” Ernest said. “I went towards Curtis and saw his eyes rolling in the back of his head.”

A terrifying thing for any parent to see.

“It was horrible. I mean, we almost lost him,” said Allen’s mother, Annette Arrellano.

Trainers from the University of the Redlands used an automated external defibrillator to revive him.

“Our lives could be completely different right now,” Ernest said. “It’s just a testament to the people that were there when it happened, and I will never be able to thank those people.”

The Arrellanos said Allen suffered cardiac arrest due to ventricular fibrillation, but the cause of the incident is still undetermined. They said their son has never had any medical issues.

Ernest said doctors told them that there was only a 9 percent chance of surviving that type of cardiac arrest.

“It was the worst thing a parent could see and go through,” Annette said.

Allen said doctors gave him an internal defibrillator while his medical team monitors his condition and tries to figure out how to treat him moving forward.

He said he’s still part of the UTD Men's Basketball team but is not able to do any kind of physical activity.

“It's just crazy to me that, you know, I flat-lined on the court and that could have been it,” Allen said. “Last thing I saw was a basketball.”

Now, this family is focused on the future they almost lost.

“We’re so lucky he’s here with us,” said Annette.

“It made me think that nothing really matters other than family,” said Ernest.

And, although it was the last play of his basketball dreams, for Allen, it’s a second chance at life.

“I'm really just trying to be more of a positive person every day and just have a more positive outlook on life, because you just never know when it can stop,” he said.