Scorned lovers. Millions of dollars of missing artwork. It was part of a bizarre investigation to say the least for police in the quiet town of Lantana. 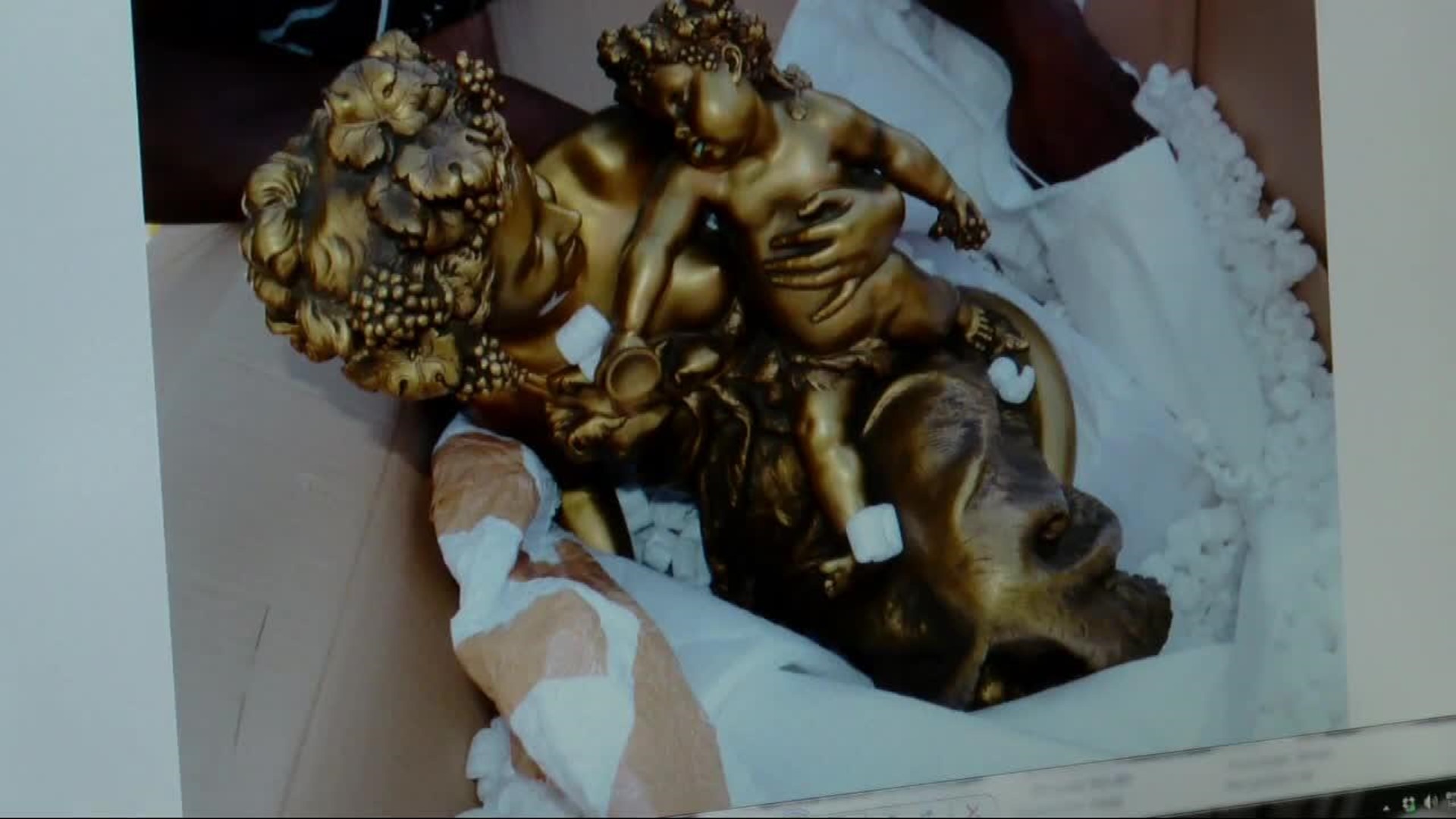 It was part of a bizarre investigation to say the least for police in the quiet town of Lantana.

But one officer is finally speaking out about how his team cracked the case. We're also seeing photos of the crime scene and of the now relocated art.

Nicholas Zoullas, 80, of New York City, kept about 200 pieces of very expensive artwork in a home he bought for his mistress on Hypoluxo Island.

After a falling out with his girlfriend, the art disappeared.

Lantana Police officer, Eddie Tavcar, said it was like something out of a movie.

"It was overwhelming. An ex-girlfriend, flashy cars -- a couple of Bentleys, two Ferraris," recounts Tavcar.

Tavcar and his team had a complex mission: Find the millions of dollars of stolen art.

"Just another day on the job," Tavcar said.

In September, Lantana Police got a frantic call from Zoullas. Police say his ex-mistress, 43-year old Stacy Cliett, and her new boyfriend, 52-year old Todd Stephens, stole at least $15 million worth of paintings, relics and statues from the home.

"She was upset. The ride was over. The good life was coming to an end," said Tavcar. "It got really ugly there in the end."

Christie's and Sotheby's auction houses, who had a stake on the art, put a lot of pressue on the police to find the stolen art. The artwork included high-profile artists such as Luciano Castelli, who sold a painting in 2011 through Sotheby's at a price of $2.3 million.

Tavcar tried reasoning with Cliett to get her to reveal the whereabouts of the art.

"I told her, 'If you're able to get the artwork back and give it to them, it will all go away.' And the lawyers assured her of that. But she refused," said Tavcar.

Authorities shadowed Cliett and her lover for several days. Police tracked the suspects to a warehouse in Lake Worth where they stashed the art.

"We got her in the knick of time because if that U-HAUL full of that artwork would have gone, we probably never would have found it," said Tavcar.

Tavcar spent countless hours cataloging all 200 pieces of stolen art, much of it exotic in nature and too graphic to show.

"There was a mannequin of a nude woman. It was very life-like. In fact, it was made with human hair," said Tavcar.

Some paintings dated back to at least the 1700s. They even found ancient relics, possibly dating back to the Aztecs.

"You can work a narcotics case, done and over with. But with this, it's different. Every piece is unique. And with some of it, was like holding history in your hands, something you would only see in a museum," said Tavcar.

Lantana Police and their team, which included PBSO, found every last piece of artwork, closing the case. The pieces are now heading back to its owner in New York.

"I hope it's the last one," said Tavcar.

Cliett and her boyfriend are out on bond. Their trials are pending.

She's still living in her ex-lover's home. WPTV's Alanna Quillen knocked on the door hoping to talk to her but no one answered.