Security cameras captured the bear as he broke through a window at Fretz Middle School. 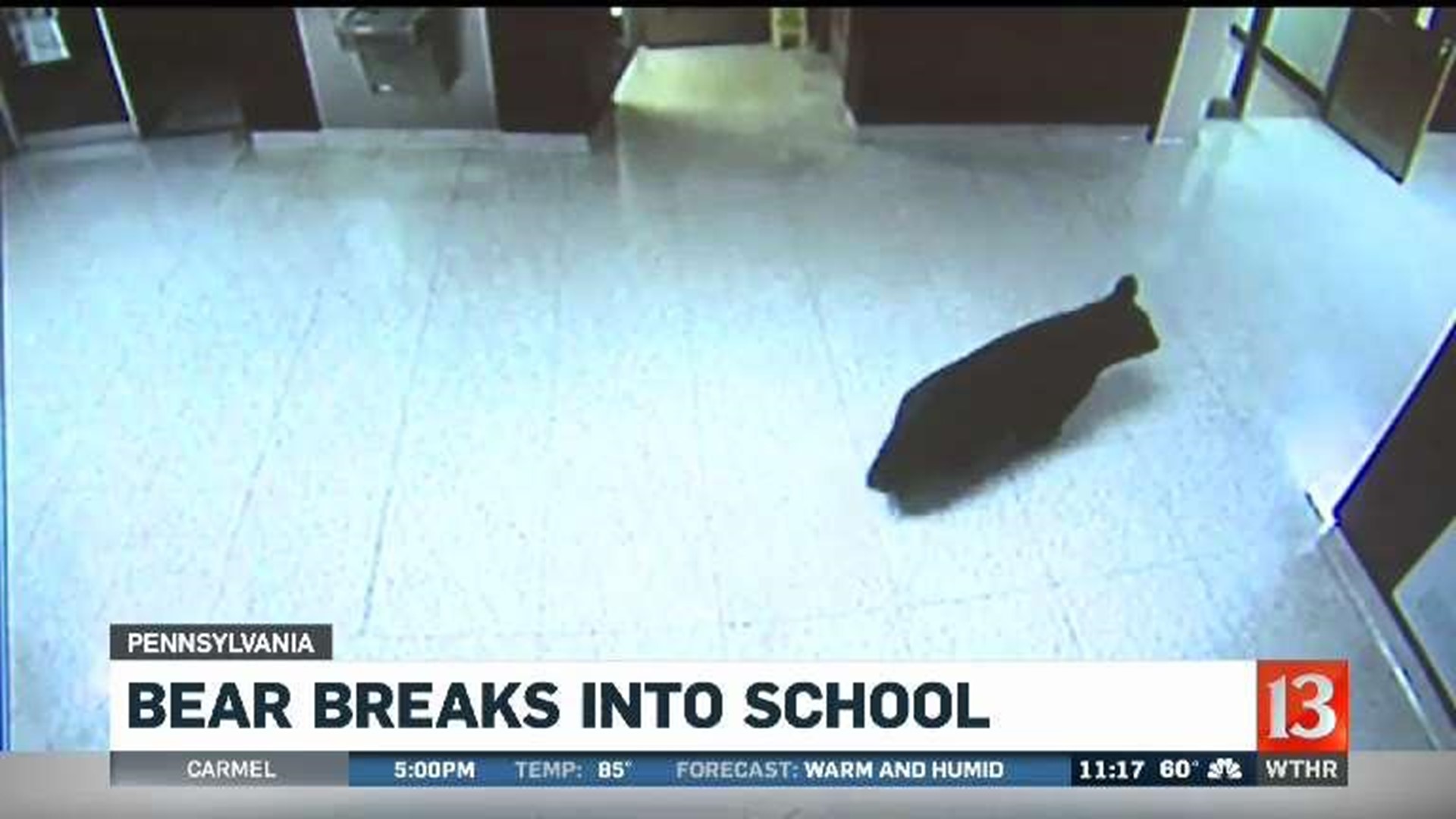 BRADFORD, Penn. (WTHR) - A school break-in was caught on camera.

The suspect? A young bear.

Security cameras captured the bear as he broke through a window at Fretz Middle School.

He then roamed the hallways and wandered around the foyer where hundreds of students had been just hours earlier.

A custodian said it's the first time such a burglary has happened.

"Whether it's deer, coyote, bobcats, I've seen all kinds of things coming in in the morning. Never inside," said Jamey Miller.

The bear apparently got spooked by own reflection in a glass door and ran out of the school through the same window he broke.

He was only in the building for about 3 minutes.