The 22-year-old says her fiancé grabbed her arm and face during the altercation. 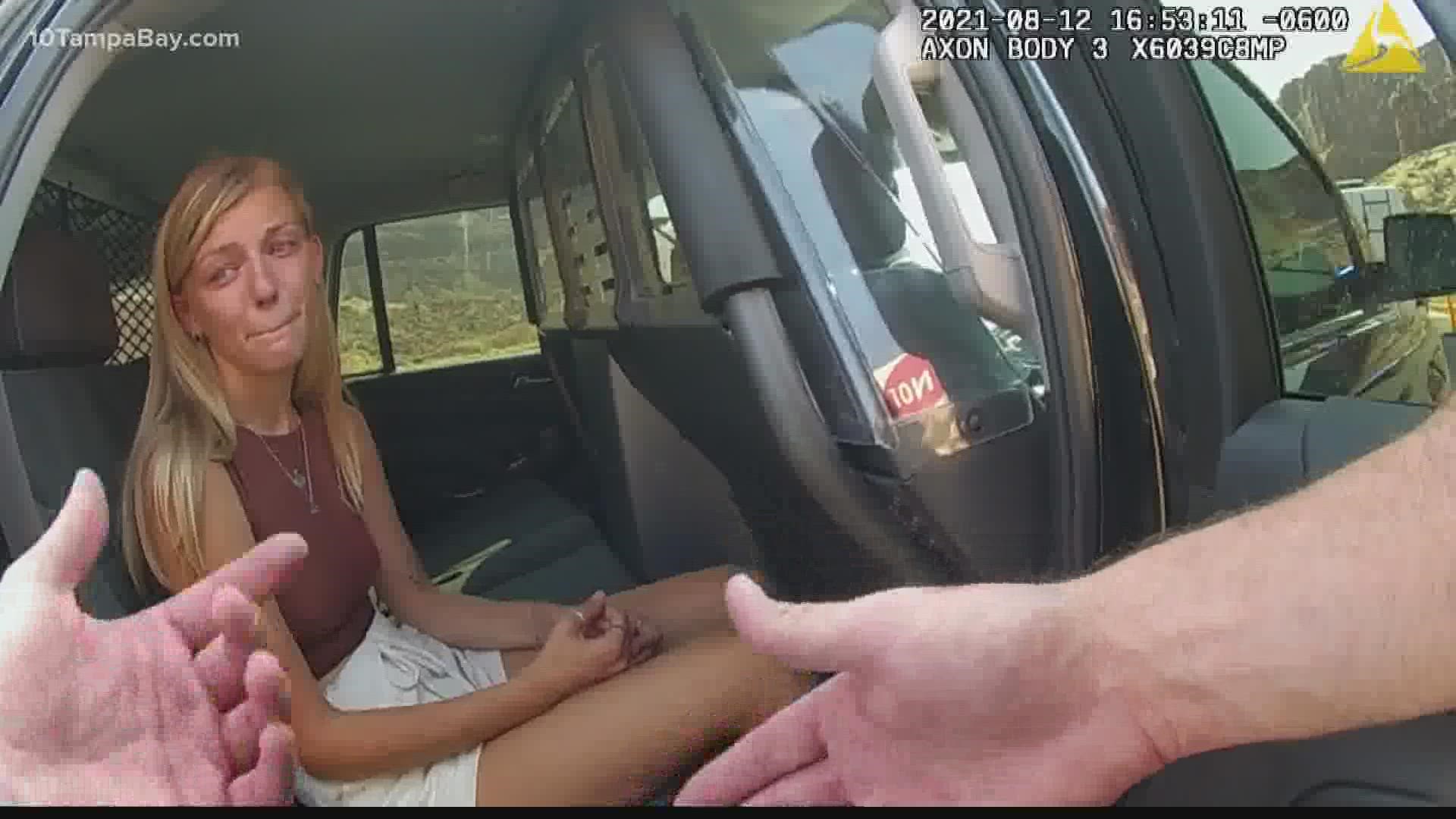 In the video, the officer asks the 22-year-old to describe what happened between her and Laundrie prior to their arrival.

Petito explains she was stressed out and straightening up the van since she deals with OCD. While talking to the officer, she says she was apologizing to Laundrie who, she adds, was frustrated with her.

At some point, Petito says he locked her out and told her to "go take a breather."

The officer then asks her: "Is there something on your cheek here?" He appears to be referencing what looks like a scratch on Petito's face.

The officer's attention then goes to her arm and shoulder area where he asks her about additional markings he spotted. In the video, Petito appears hesitant before responding with, "oh yeah, I don't know."

An "I'm not sure" followed suit once the officer attempts to ask her again.

As the video continues, Petito can be heard telling the officer that she hit him first because Laundrie was telling her to "shut up."

Laundrie's reaction to that was to grab her arm and face, according to Petito's account to police. She then specifies that Laundrie did not punch her in the face.

After the couple detailed their argument to police they ultimately determined the incident was more of an emotional break or anxiety attack than anything else.

RELATED: 'We need positive stuff to come from the tragedy': Gabby Petito's family thanks public for help

Police released an initial body camera video of the incident which shows Gabby crying when the first officer walked up.

The couple reportedly told officers they were in love and engaged to be married. They agreed to separate for the night to calm down, police said.

That night, police arranged for Laundrie to get a hotel room while Petito chose to stay in the van. No criminal charges were pressed.

The police's handling of the Aug. 12 domestic dispute is currently under an independent investigation which will be conducted by an unaffiliated law enforcement agency.

According to Moab City Police Chief Bret Edge, an outside party filed a request with the police department for a formal investigation of the incident.

"We take all complaints seriously and we are committed to fully addressing these concerns," Edge said."We look forward to the investigation. Should the investigation identify areas for improvement we will take that information to heart, learn from it, and make changes if needed to ensure we are providing the best response and service to our community."

The city of Moab said there are clear standards for officer conduct when it comes to potential domestic disputes and that at this time it is unaware of any breach of policy. Should the investigation show otherwise, it adds, it will "take any next steps that may be appropriate."

FBI in Denver positively identified the body found in the Bridger-Teton National Forest as Petito on Sept. 21. Law enforcement says the coroner's office determined the initial manner of death is a homicide. However, the official cause will be determined following the final autopsy.

Laundrie, whose whereabouts remain unknown, is considered a person of interest in the case.