Although recently "scaled back," authorities have been searching the 25,000-acre wilderness for nearly three weeks. 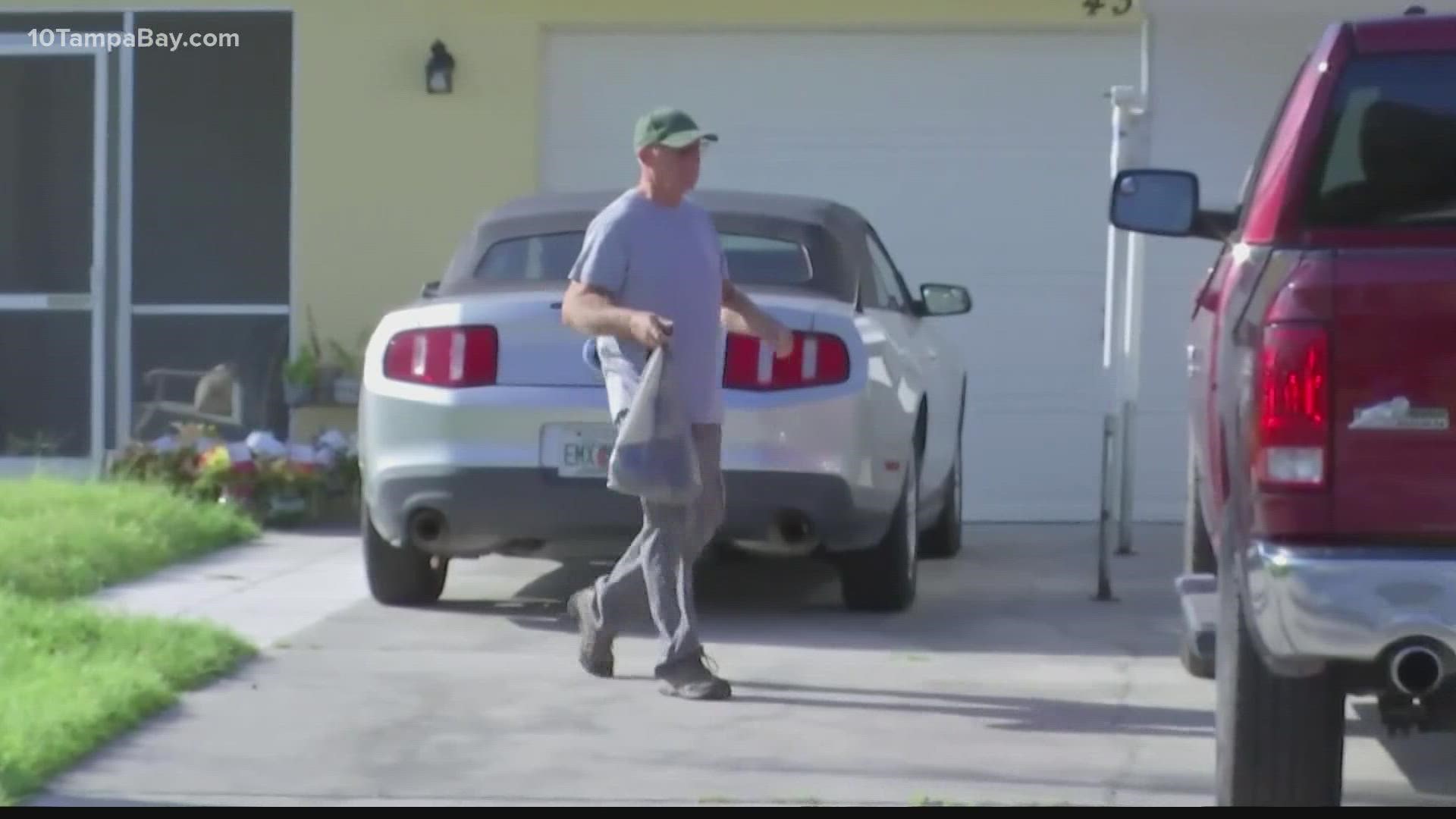 SARASOTA COUNTY, Fla. — As Brian Laundrie's parents join the search for the 23-year-old, the spotlight once again is on the "unforgiving" wilderness within the 25,000-acre Carlton Reserve.

According to the family, Laundrie went hiking on Sept. 13 at the reserve and hasn't been seen since.

The Laundrie family's attorney, Steven Bertolino, says Chris Laundrie – Brian's father – was asked by North Port police on Wednesday to help authorities search for his son at the Carlton Reserve. According to Bertolino, the reserve has been closed to the public which prevented Chris from assisting previously.

On Thursday, Bertolino told 10 Tampa Bay Chris was asked to "point out any favorite trails or spots that Brian may have used in the preserve."

According to Bertolino, nothing was uncovered during Thursday's search but that the efforts were "helpful to all." He adds that the water at the reserve appears to be receding, making certain areas more accessible.

"The entire Laundrie family is grateful for the hard work of the dedicated members of law enforcement that have been searching the Preserve for Brian over the last few weeks. Hopefully, Brian will be located soon," Bertolino wrote in a statement.

"It seems the water in the Preserve is receding & certain areas are more accessible to search. The entire Laundrie family is grateful for the hard work of the dedicated members of law enforcement that have been searching the Preserve for Brian over the last few weeks."@10TampaBay

Laundrie is the only person of interest in his fiancée Gabby Petito's case. He has a federal arrest warrant out for his arrest following a grand jury indictment in connection with the Petito case.

Court documents show the federal grand jury charged Laundrie with "knowingly with intent to defraud" using a Capital One debit card in the amount of at least $1,000. The action happened on or about Aug. 30 through Sept. 1, the documents say.

Although there have been reported sightings of Laundrie across the southeast, law enforcement has been focused almost solely on the reserve.

10 Tampa Bay recently spoke with retired Army Special Forces Captain and trained survivalist Mykel Hawke about what conditions are like in the area where police suspect Laundrie is located.

Hawke said, at the time, if Laundrie is in the reserve, he’s in a “brutal” and “unforgiving” environment. Hawke said that it is possible to live in the reserve, but surviving and trying to evade police would be exhausting.

Infrared technology and underwater recovery resources have been used to assist law enforcement in the search.

"We'll mix the resources and deploy them out so that if they encounter flooded areas or terrain that they can't access with these wheeled vehicles, we'll deploy our drones directly out into the wooded areas," Fussell explained.

Fussell added that the Lee County Sheriff's Office is assisting with special high-altitude drones that use more advanced technology to zoom into areas that are more difficult to access on the ground.

"The terrain is very difficult. Essentially 75 percent of it is underwater," Fussell said.

Carlton Reserve has more than 80 miles of hiking trails in its 24,565 acres, according to VisitSarasota.com.

RELATED: Brian Laundrie's parents hope to assist in the search for their son soon, lawyer says

RELATED: Where is Brian Laundrie? People's reported sightings span across the southeast

RELATED: Search for Brian Laundrie: 10 things you need to know