The mother and thousands of others want guardrails installed at the site where a 16-year-old was killed to help save others' lives. 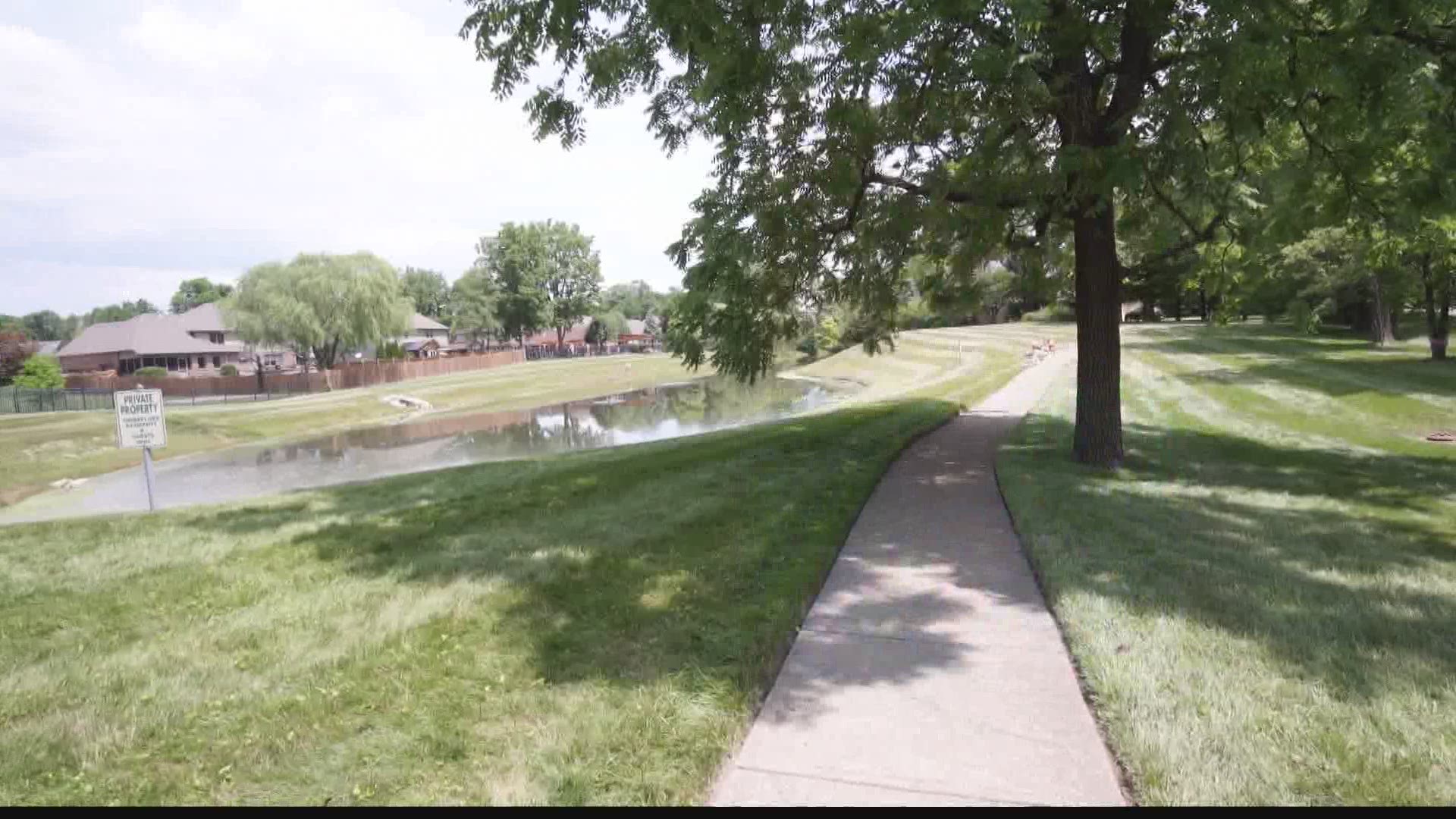 INDIANAPOLIS — (WTHR) — It's been almost a week since a car loaded with Franklin Central high school students plunged into a retention pond.

A 16-year-old girl was killed. Her mother and thousands of people want guardrails installed. The city said they aren't justified. But a Shelby County company is offering to install them for free.

Ella Magyar's memorial of flowers, candles and keepsakes keeps growing.  So is the movement to prevent another tragic death. Close to 11,000 people have signed Elijah Morris’s petition telling DPW to put up guardrails.

“I’m just hoping for officials to see, and the DPW to see there are people behind this, people who want this protected," Ella’s friend and classmate said.

Ella was a passenger in a car that veered off the pavement and clipped two trees before plunging into a retention pond. She was killed, another passenger was critically injured. The driver and a front seat passenger swam to safety.

“We want to install the guardrails to make sure it doesn’t happen again,” said family friend and co-owner of C-Tech Corp, Jeff Beaty.

The Boggstown company designs and installs them. Ella’s mom is a former employee, so this is personal.

Beaty is confident he can work out an agreement with the city and guardrails will go up.

Morris is confident, too.

“The city has to eventually listen to the people.” he said.