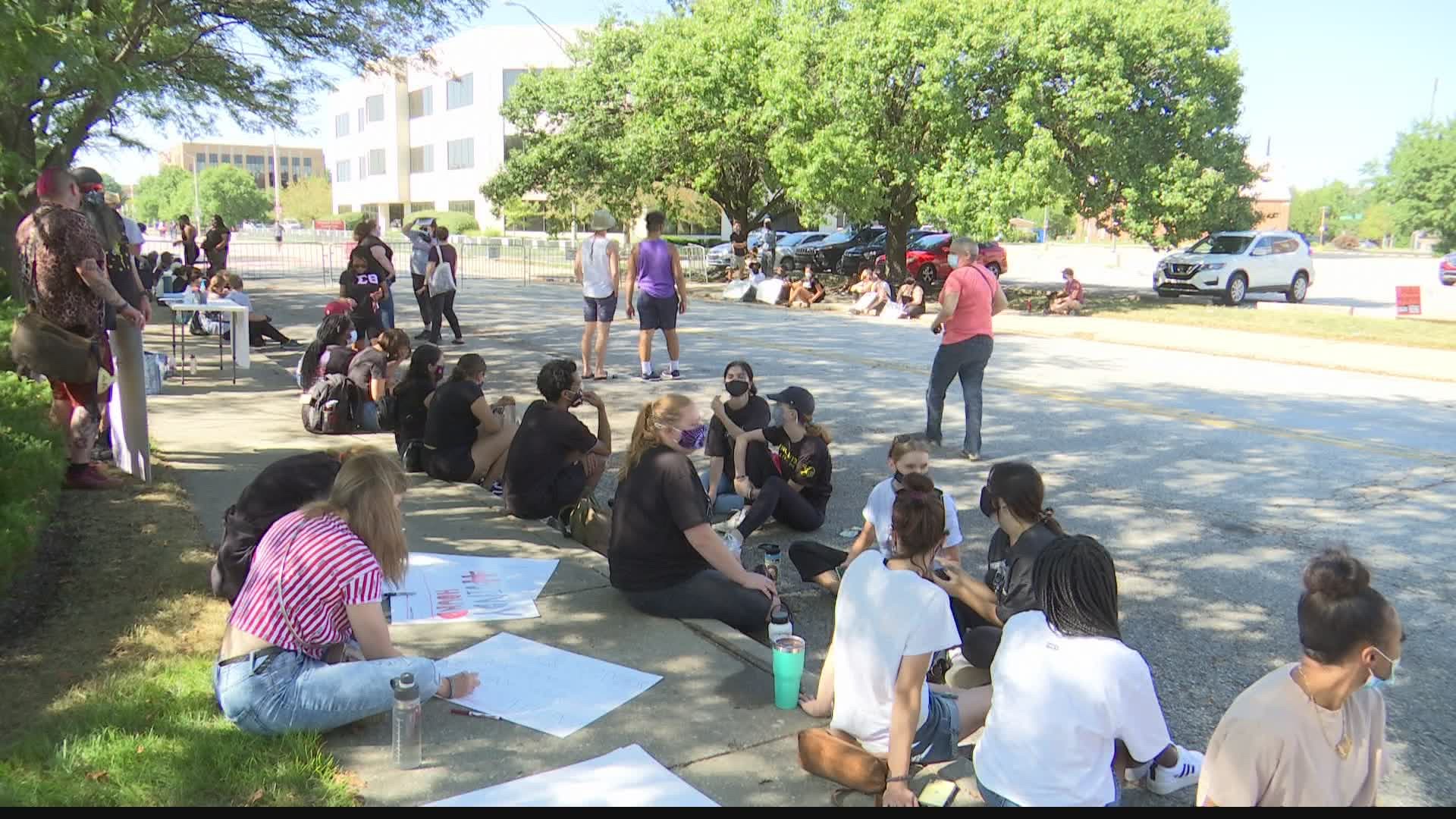 On the south side, a group of Trump supporters took part in “MAGA Drag the Interstate,” a rolling caravan.

The ride was part of a 50-state event, with caravans going across the country, driving to capital cities, with flags in support of President Trump.

At about the same time, a sit-in was taking place on Indiana Avenue downtown. Organizers said they were calling for justice for police brutality.

“I just wanted us to get together to fight for the injustices in Indianapolis. I think that Indy has kind of lost its momentum and I hate that,” said Tyshara Loynes.