Why the long waiting lines to vote in Marion County?

Many voters waited hours in long lines on a hot day to cast their ballot in in the primary election in Indianapolis Tuesday. 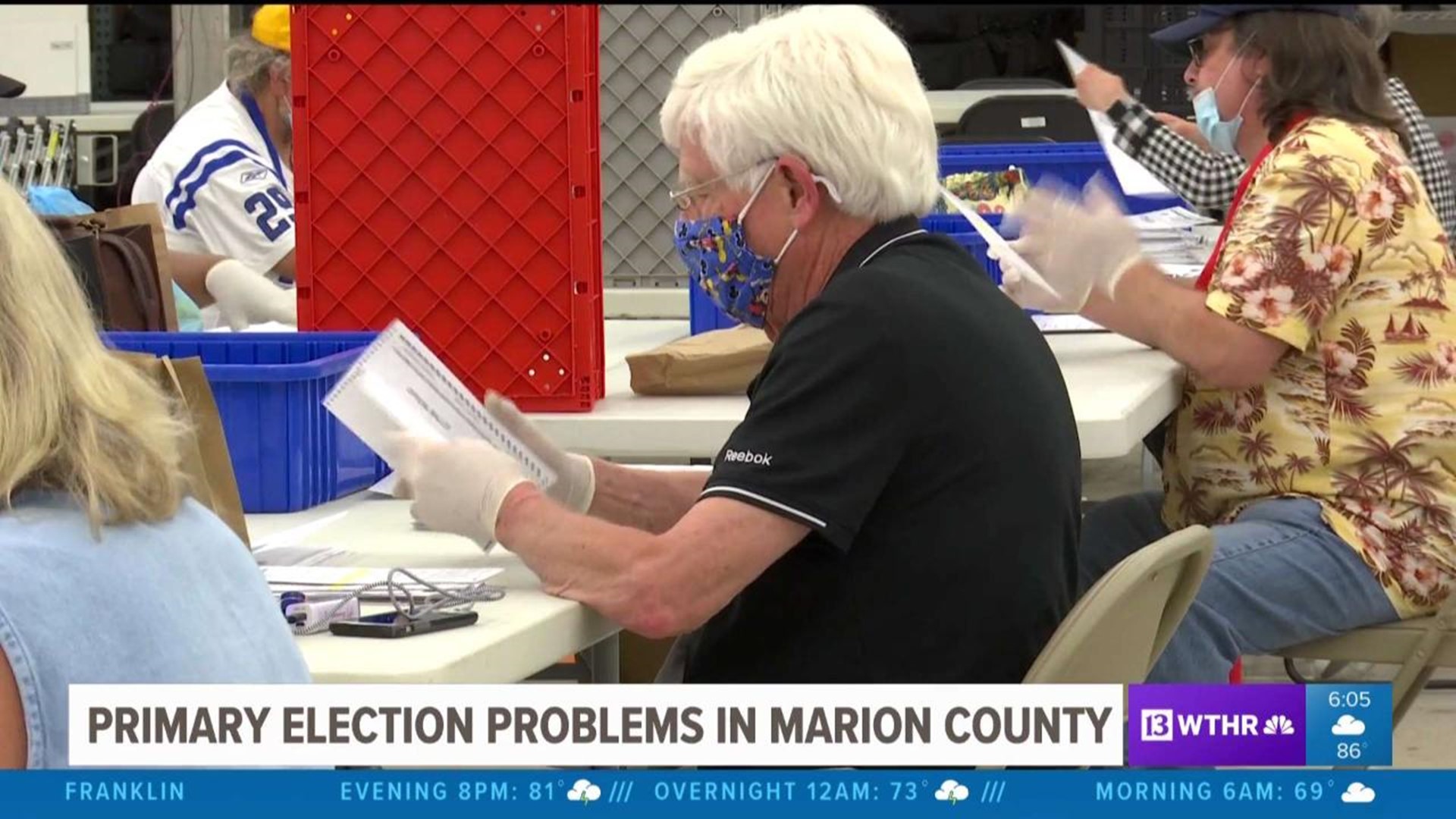 INDIANAPOLIS (WTHR) - Many voters waited hours in long lines on a hot day to cast their ballot in in the primary election in Indianapolis Tuesday.

"It was a lot longer than I expected,” said Darius Adams after voting at the former Broad Ripple High School. “So, it took around two hours. However, it was good to see everybody out there. It shows that people are still getting out to vote."

But only 22 vote centers were open in Marion County, compared to over 200 typically, due to the coronavirus pandemic.

"We were trying to reduce risk by relying on less people, because it was much more difficult to recruit people to not only count absentee ballots, but also staff our election day vote center locations," said Marion County Clerk's Office Deputy Director Russell Hollis.

The hope was that more or even most people would vote by mail during a period of social distancing. Applications for absentee ballots were mailed to every registered voter in Marion County. 122,551 ballots were mailed out. Election workers had counted 45,000 absentee ballots as of Tuesday night. They were still counting tens of thousands more Wednesday afternoon, but some people received the wrong ballot, never received their ballot or got them too late to mail back before Election Day.

"That's where I feel like the plan was not in place to manage that process, to have enough staff on hand,” said Marion County Republican Party Chair Cindy Kirchhofer.

“Democrats are in charge of running elections in Marion County. Today, they failed.”

The Marion County Republican Party said Democrats were in charge of the election and failed.

While the votes are still being counted the day after the election that was already delayed by a month, everyone agrees that changes will have to be made before the November general election.

"We'll reevaluate what went well, what went wrong, over the coming weeks and we will make improvements,” said Hollis, who said he could not gauge voter turnout until the votes had all been counted.

"We don't want this in November,” said Kirchhofer. “We want to know who our winners are. It's important for the voters. Oh my gosh, they had so much patience to be out there in lines for hours."