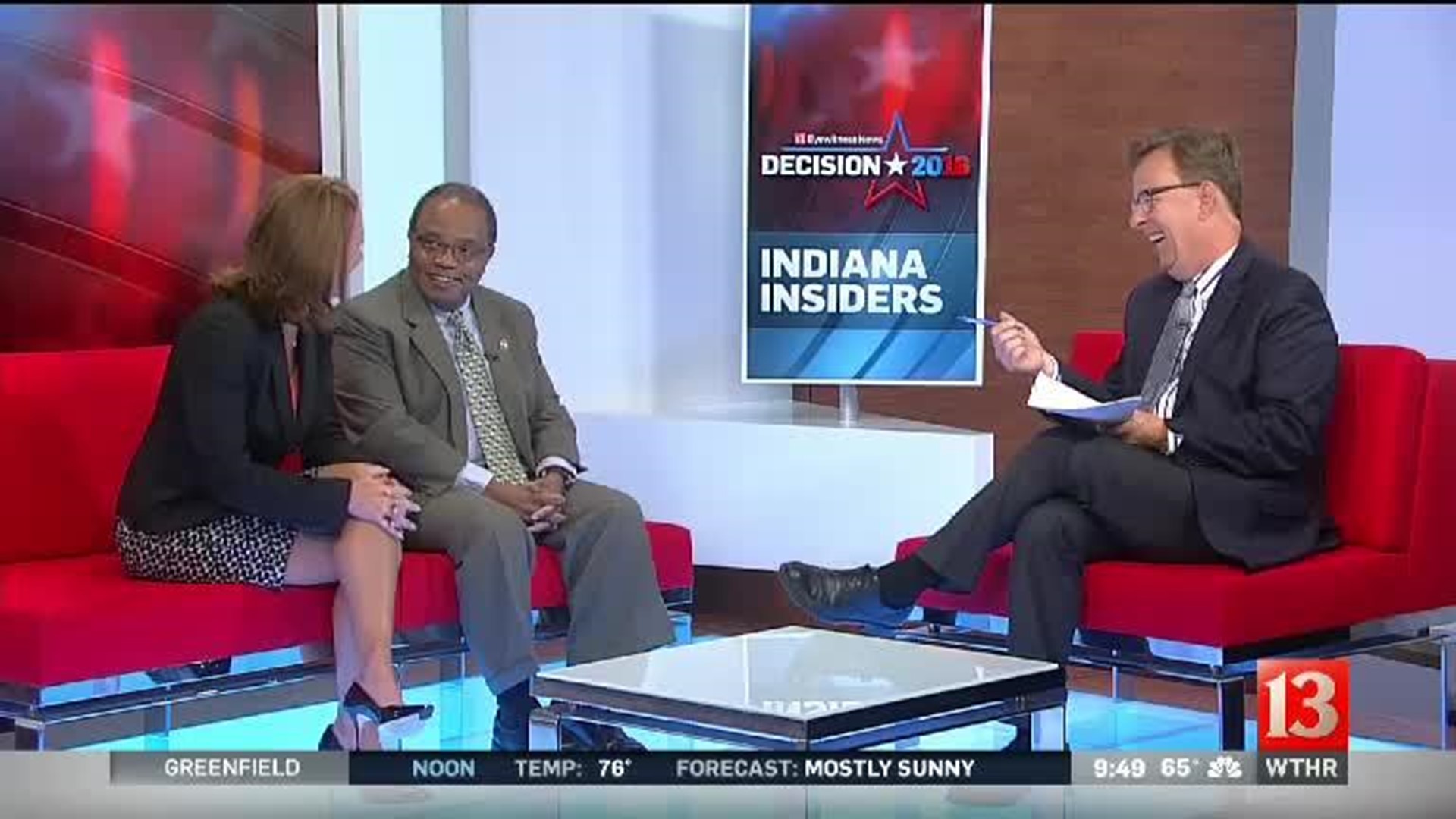 The WTHR-Howey Politics Indiana Poll has Bayh ahead by four points over republican Todd Young -- which is within the margin of error. Libertarian Lucy Brinton comes in at 5%.

Bayh's commercials are running non-stop on television -- but it is hard to find him off of it. When State Democrats held a press conference to talk about Todd Young's record on Medicare -- we asked why Evan Bayh wasn't there to talk about the issue, "We are seeing the natural tightening you see in races. Evan Bayh out everyday. I was just out with him three times this past weekend. He is fired up. He is impassioned about the issues that are important in this race," responded John Zody, Sate Democratic Chair.

Republican Trey Hollingsworth moved to Indiana a year ago from Tennessee and is now the party nominee for 9th district congress.
He faces Democrat Shelli Yoder. The two squared off in a debate in Greenwood today where the issue of releasing taxes was brought up.

Monday night Donald Trump and Hillary Clinton, truly go head to head for the first time in a national debate moderated by NBC's Lester Holt at 9 p.m. on WTHR.