The polling inspector warned voters in Fishers they would have to be patient as they lined up to cast their ballot Wednesday, the first day of early voting at the Fishers City Hall. 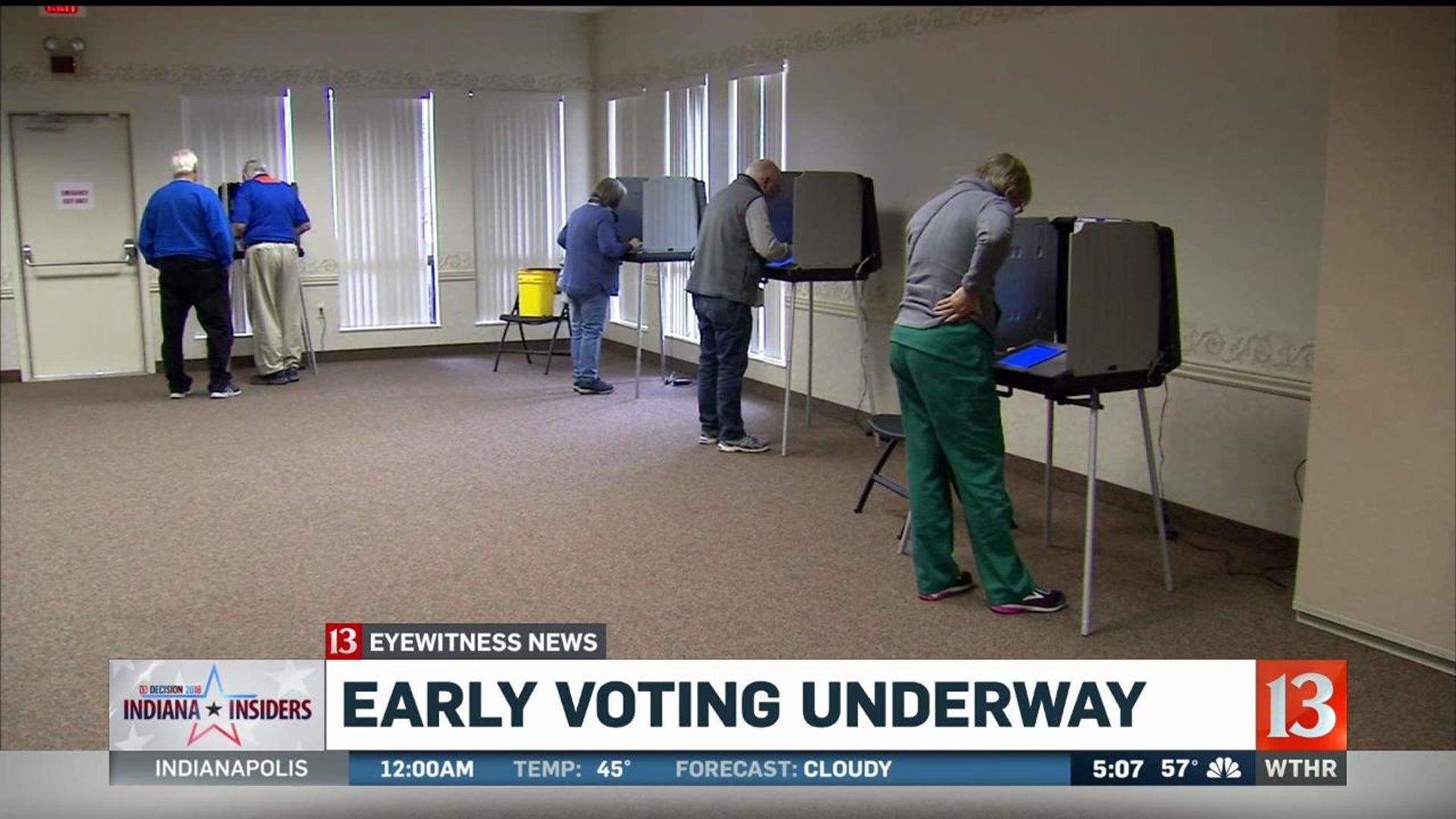 FISHERS, Ind. (WTHR) - Voters have many options to cast their ballot well before Election Day on November 6.

The polling inspector warned voters in Fishers they would have to be patient as they lined up to cast their ballot Wednesday, the first day of early voting at the Fishers City Hall. The crowd filled a room outside the polling place, with a long line trailing out the door for most of the afternoon. While voting hours end at 7 p.m., anyone in line at that hour will be allowed to cast a ballot.

"I believe it's going to be about two hours in there. I can tell by when I voted in the presidential election," said Leslie Bounin. "I have to be at work, I'll come back another day."

"I would have waited four hours, five hours. You gotta do what you gotta do," said voter Lisa Burgess.

Even with the crowd, many find early voting on their schedule more convenient than Election Day. The tight U.S. Senate race in Indiana seems to be pushing turnout in a non-presidential election year.

"It's going to be very close. Everyone's engaged. Everyone's passionate for their side. We'll just have to see who's a little more passionate," said voter Bryce Burgess.

"I figure it's going to be very busy on the 6th and I know who I'm voting for. I don't think there's going to be anything to come out to change my mind," said Johnson County voter Jamie Schuel.

Early voting at the Johnson County Courthouse and satellite locations, plus absentee mail-in ballots give voters more options than ever and fewer excuses.

"People call here on Election Day and say 'Oh, I just can't...you know, what I'm I going to do? I can't get there.' I'm like, 'Where were you last Saturday? Where were you the week before?' You cannot please everyone, but we do our best," said Johnson County Clerk Susie Misiniec. "We want people to vote. It's your right. It's your duty as an American citizen to vote."

Misiniec said this is the biggest turnout she has ever seen for early voting in a so-called "off year" election cycle.

Early voting at Fishers City Hall and two other locations in Hamilton County will be open again Thursday from 2-7 p.m.