Supporters of medical marijuana rally at the Statehouse

Advocates for medical marijuana are wasting no time. The day after a bill was filed to legalize it here in Indiana, supporters held a rally. 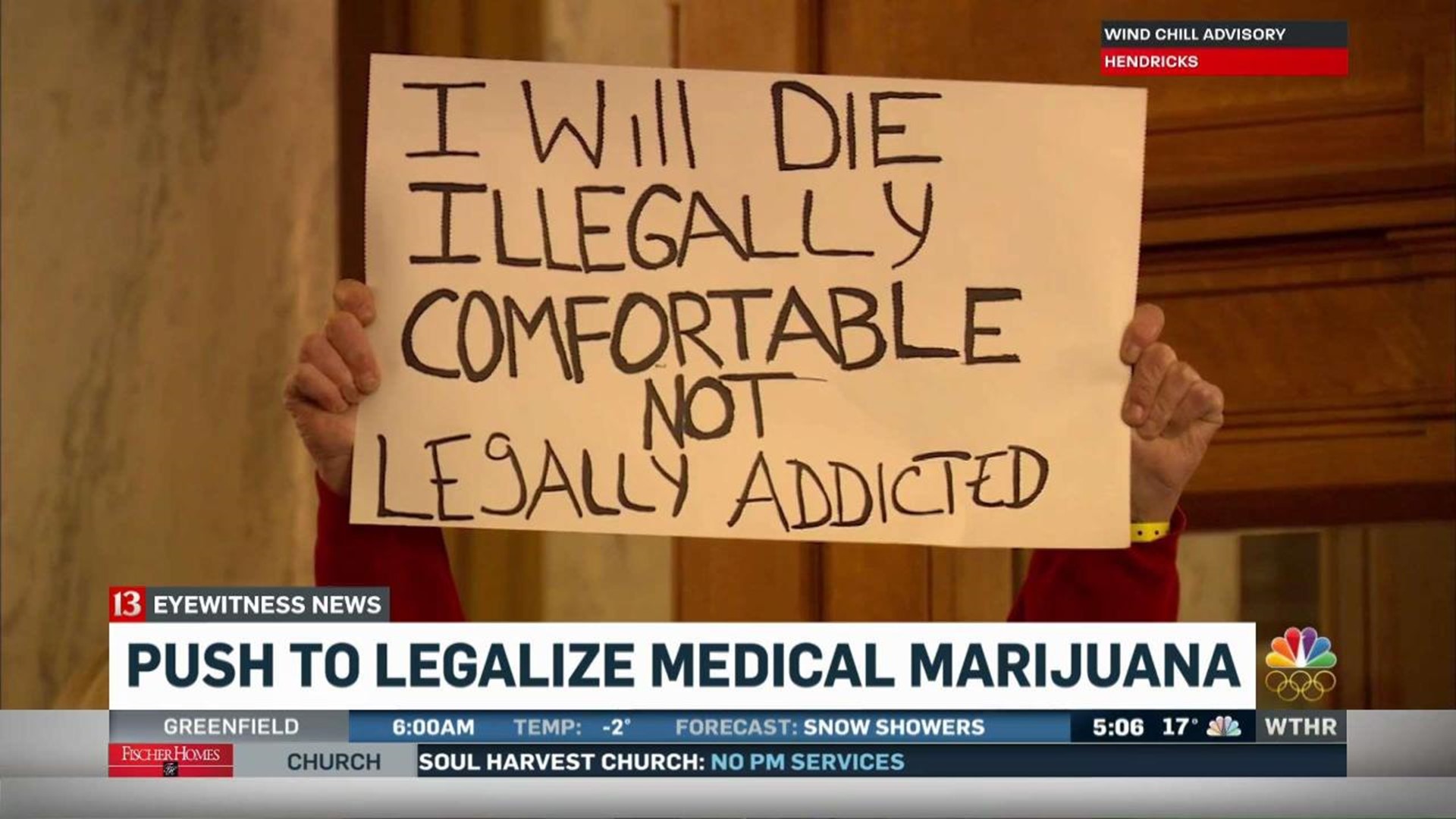 INDIANAPOLIS (WTHR) - Advocates for medical marijuana are wasting no time. The day after a bill was filed to legalize it here in Indiana, supporters held a rally.

It was the first such rally inside the Statehouse and the first time a Republican lawmaker stood before a crowd and made this promise: "I will not stop until Indiana becomes a medical cannabis state."

State Rep. Jim Lucas, R-Seymour, made the promise Wednesday, one day after he filed a 28-page bill calling for decriminalizing marijuana and allowing its use for serious medical conditions.

"I didn't come [to the Statehouse] to turn good Hoosiers into criminals or to deny them something that has shown and proven to be something that provides a better quality of life across America," Lucas said.

The rally drew veterans, moms and grandparents, many with a compelling reason for attending.

Teresa Lowe drove up from Columbus for her "first rally ever."

"I'm in pain constantly," she said, noting she's tired of being on powerful pain killers and dealing with their side effects.

"My lower back and neck have been messed up and my vertebrae and discs are out of whack," Lowe said. "I also have Fibromyalgia. So, hopefully they will legalize marijuana so I can try something more natural."

Melissa Sfrua on Indianapolis said she suffers from generalized anxiety. Like Lowe, she wants more options with fewer side effects and, she said, medical marijuana has worked for her having tried it in a state where it's legal.

"It just completely relaxed me and gave me the ability to get a good night's rest and quiet my mind and I felt great the next day. There was no pharmaceutical hangover, nothing like that," Sfrua said.

Bobbi Jo Young, who's long advocated for legalization, admits while it's still an uphill battle the tide is changing. For one, 29 states have legalized medical marijuana; two, it's now being championed by a Republican lawmaker.

Young said what's different is "Mr. Lucas stepped up and said, 'I can do this.' We haven't had a political figure of his stature come out in support and I think that changes the game."

Two Democratic lawmakers also plan to introduce bills calling for legalizing medical marijuana. But just because a bill is filed doesn't mean it will even make it to a committee, much less become law. In fact, no bill calling for medical cannabis has ever gotten a hearing in Indiana. Advocates hope that changes this session.

Either way, it's sure to face strong opposition. State Attorney General Curtis Hill and a group of county prosecutors have already drawn the lines saying marijuana isn't medicine and legalizing it would be wrong for Indiana.