The Valparaiso Republicans had multiple posts on its Facebook page about the float, including one celebrating earning an honorable mention. 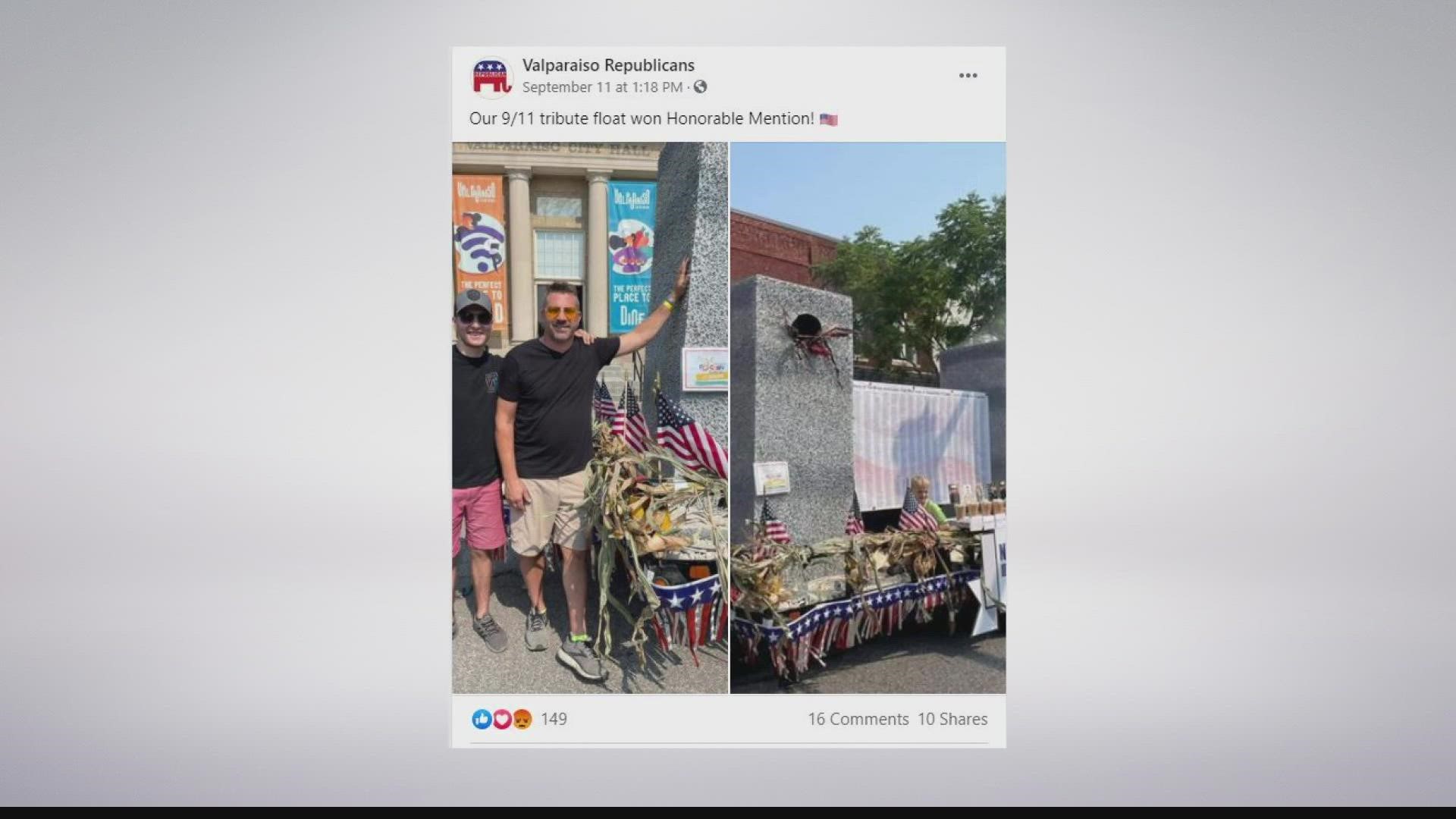 The float was in the annual Popcorn Festival.

It showed the Twin Towers, holes depicting where the planes had hit and smoke coming out of them.

The Valparaiso Republicans had multiple posts on its Facebook page about the float, including one celebrating earning an honorable mention.

In a video shared on YouTube by NWI Times, you can hear people shocked by or questioning the float.

The Valparaiso Republicans Facebook page later limited comments on the posts and then around 2 p.m. on Monday, the Facebook page was taken down after TMZ posted a story on the float.

The page came back up later in the afternoon with the following statement:

Our Popcorn Festival float was inspired by the courage and sacrifice of those we lost on September 11, 2001, and recently in Kabul, Afghanistan. We felt it important, considering the parade coincided with the 20th anniversary of that horrible day, and that Indiana welcomed home one of the Afghanistan fallen the next day, to dedicate our float not to politics and candidates, but to the innocent civilians, first responders and brave military who perished and whose memories we'll never forget. We wished no disrespect and regret that our tribute to the lives lost and those who continue to serve was to some perceived in bad taste.