President Trump wanted to talk about For Mike Braun for Senate. 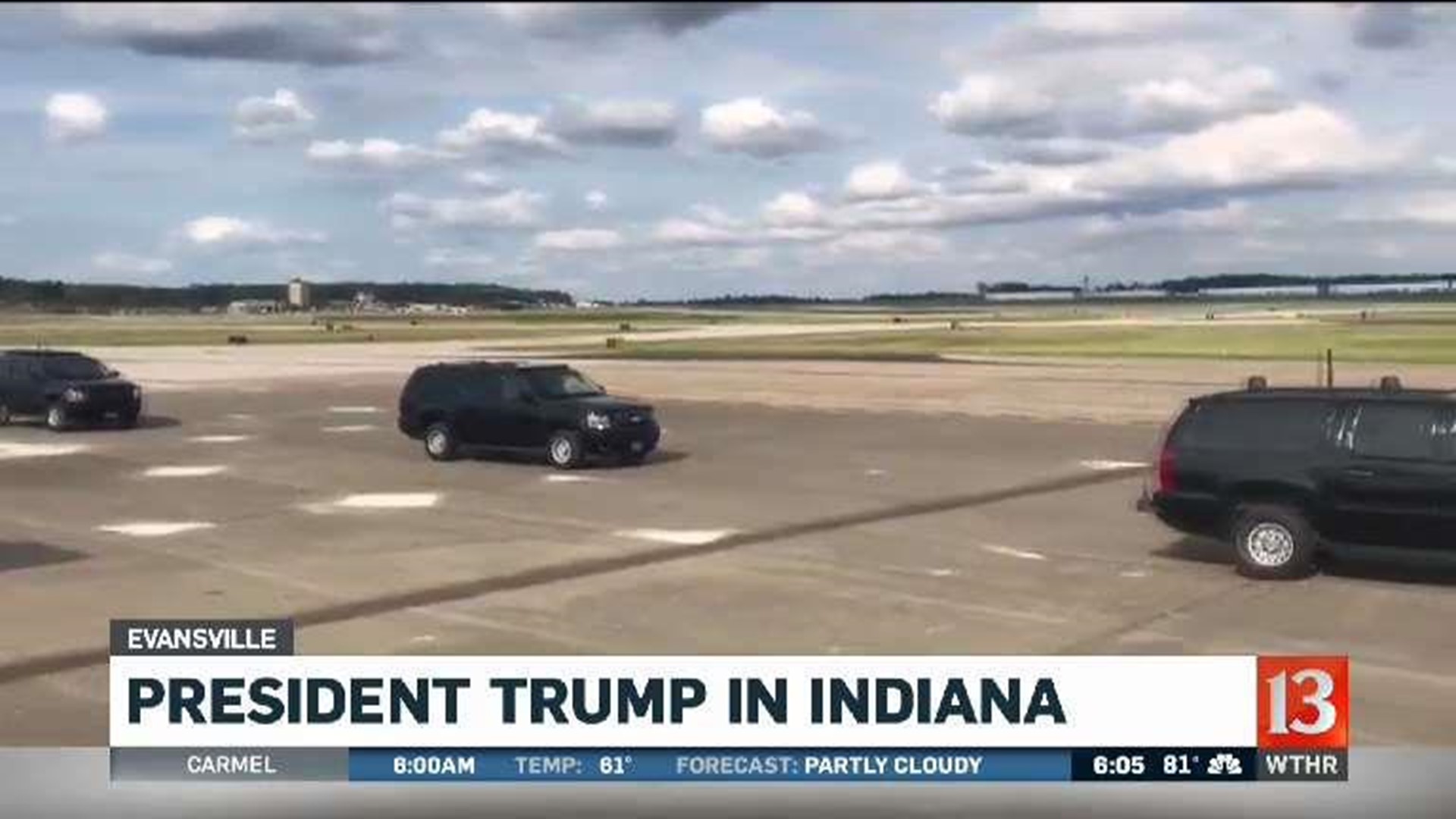 EVANSVILLE, Ind. (WTHR) — The line of President Trump loyalists stretched for blocks and for hours in the heat outside Evansville’s Ford Center.

It's huge, huge," Lana said from her spot in line.

Hot or not, it was a big event for Evan Musgrave.

"I think it’ll be really cool seeing the president," Musgrave said. He made the trip with his dad.

It was a loud welcome as the he walked into the arena.

It was called a pep rally for a Trump/Pence 2020 ticket, but President Trump wanted to talk about Mike Braun for Senate.

"We're gonna beat Joe Donnelly. We have to. We need the votes. Donnelly is not going to vote for us," Trump said.

It was a rally for the for Trump economics, too.

"The best economy in the history of our country, jobs pouring back into the United States," Trump said.

That includes coal jobs, a hot issue in this part of Indiana.

But out in the street, outnumbered Trump opponents pushed for Democrat Joe Donnelly for Senate.

"Donnelly is a conservative Democrat," said one woman wearing a Donnelly sticker. "His voting record in the Senate is bipartisan."

Others protested the Trump economy.

"He made big promises to Indiana workers," said Mike Oles of Brownsburg, traveling with a group of Indiana manufacturing workers.

A worker set for layoff next month from an Elkhart company said he is disappointed.

"I voted for him based on his promise he was going to save American jobs and he's not doing it," said Randy Troyer, A CTS auto components worker.

"What do I like the most? I feel he is fair and consistent. Letting the people work for what they’re getting."

"To reinforce the ideas that he's told us about. That meet my objectives for America. Just excited," said Jim Faris of Bloomington

"There's a lot of haters out there, hate the president for no reason. Gotta respect the office regardless what's going on," Silvers said.

Sen. Donnelly released this statement after the rally:

I was unable to watch President Trump's rally tonight, as I was headed back to Washington for Senator McCain's memorial services. We're always happy to have President Trump in Indiana, but Hoosiers still want a senator who always puts them first before any politician or political party. They know that’s what I’ve been for them, and it’s what I’ll continue to be as their Senator next year.