The Republican vice presidential nominee said Thursday that Trump, like Reagan before him, has the honesty and bluntness to confront the challenges facing the country. 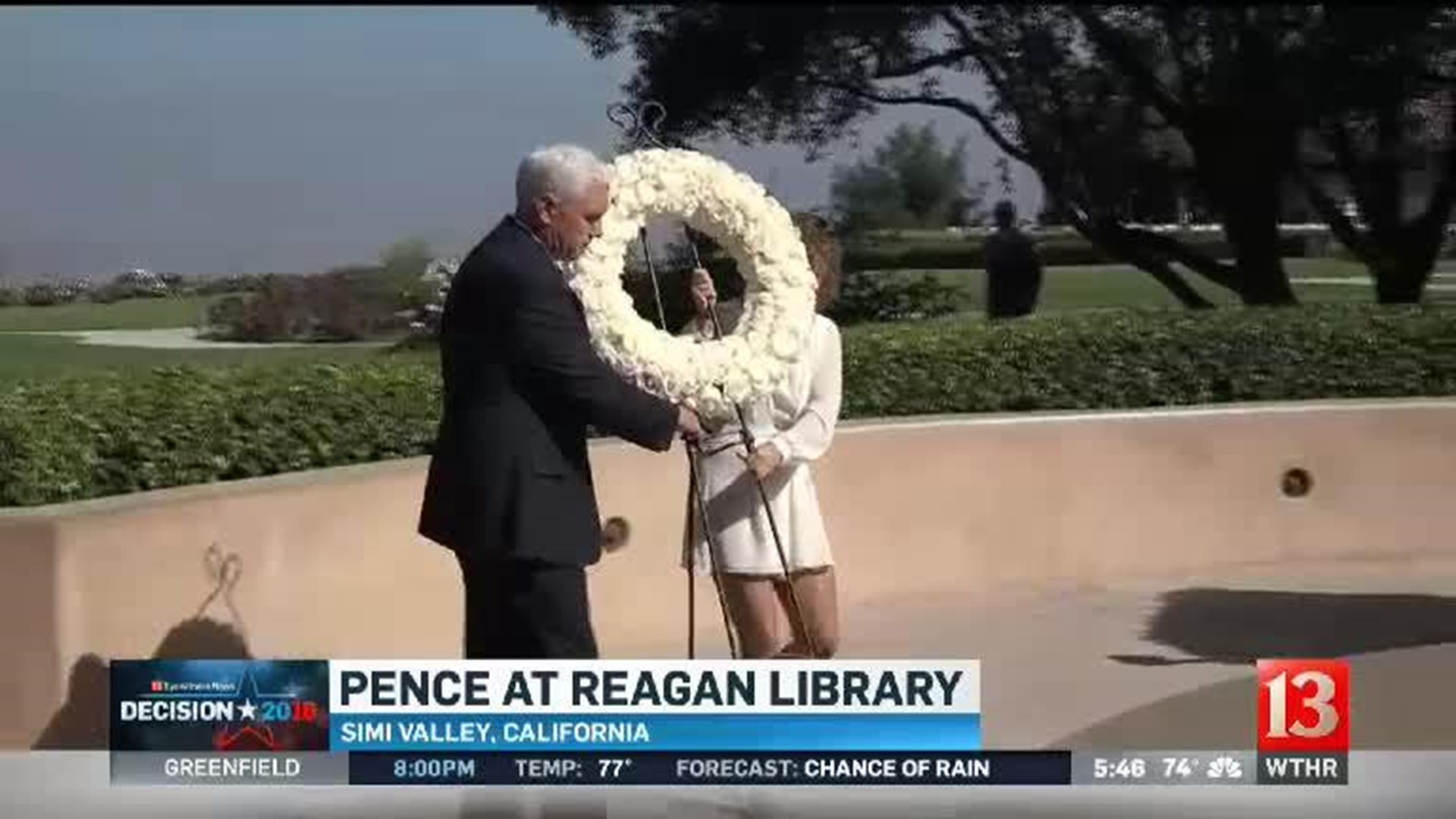 The Republican vice presidential nominee said Thursday that Trump, like Reagan before him, has the honesty and bluntness to confront the challenges facing the country.

Speaking at the Ronald Reagan Presidential Library in Simi Valley, California, Pence depicted the billionaire businessman as a fitting heir to the Reagan legacy.

He says Trump wants to build a stronger military, cut taxes and reduce regulation, foundation blocks of the Reagan agenda.

Pence says truth and toughness are common denominators that bind the 40th president and the man who wants to become the nation's 45th.

He adds that Trump shares Reagan's view that America needs to be strong for the world to be safe, and they also have similar views on appointing conservative justices to the Supreme Court.

Election officials across the country are pushing back against Donald Trump's assertions that the presidential election may be rigged, arguing that too many safeguards exist against engineered results nationally or in individual states.

It's clear, though, that some supporters have taken Trump's comments to heart. Trump told a town hall crowd in Columbus, Ohio last month that he is "afraid the election is going to be rigged," without elaborating.