For the next two weeks in Oregon, restrictions aimed at slowing the spread of the coronavirus are in place. 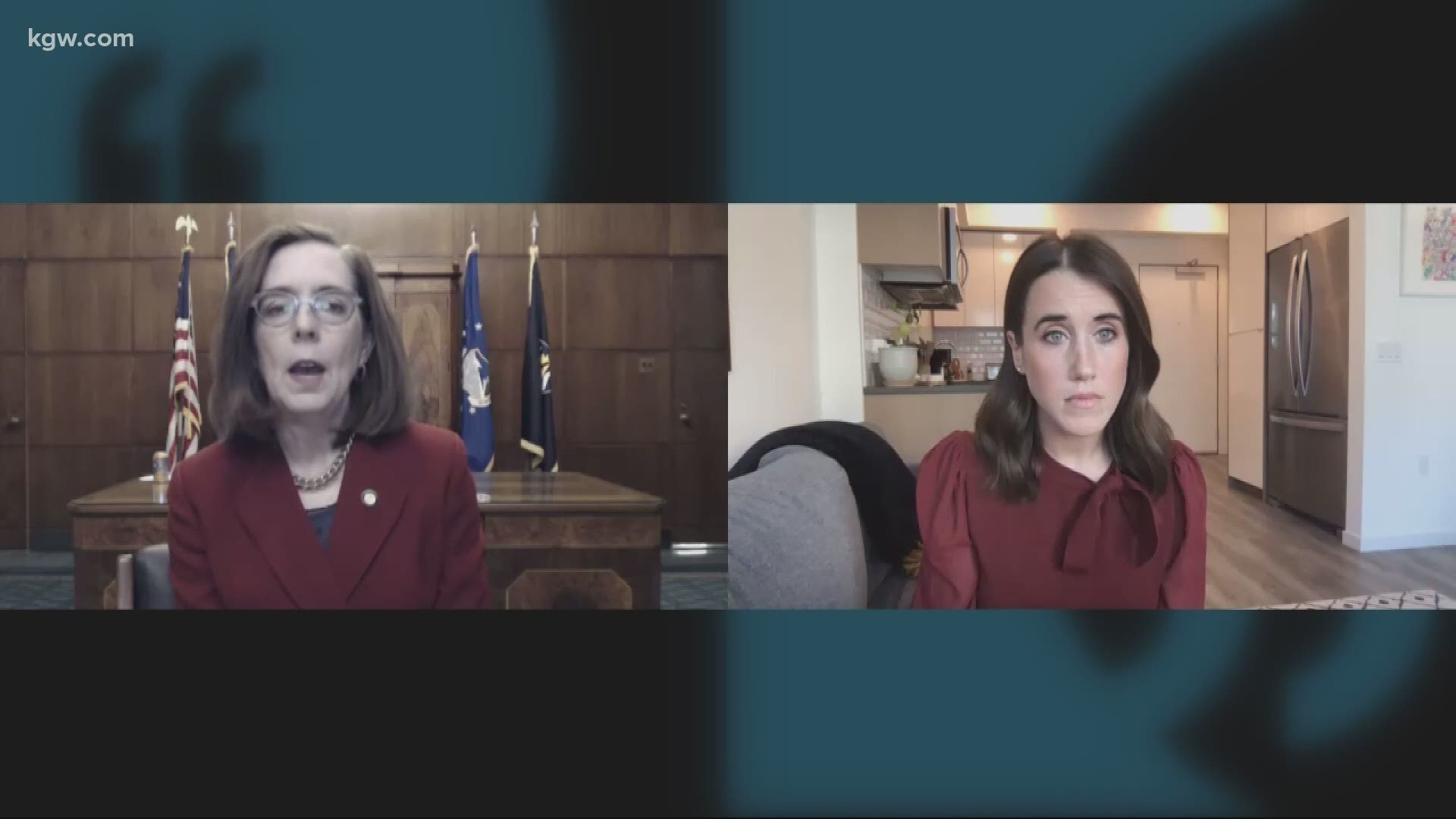 PORTLAND, Ore. — Days before Thanksgiving, Oregon Gov. Kate Brown said she believes residents who know their neighbors are violating the most recent round of COVID-19 protocols, which includes capping the number of people allowed in your home at six, should call the police.

“This is no different than what happens if there's a party down the street and it's keeping everyone awake,” Brown said in an interview Friday. “What do neighbors do [in that case]? They call law enforcement because it's too noisy. This is just like that. It's like a violation of a noise ordinance.”

The restrictions, known as a freeze, were implemented this week via an executive order by the governor. For the next two weeks in Oregon, and four weeks in Multnomah County, residents are banned from eating out at restaurants and going to the gym, among other restrictions. Social gatherings in our homes are also limited to no more than six people. Violators could face up to 30 days in jail, $1,250 in fines or both.

Critics of the freeze have called it unconstitutional. Clackamas County Chair-elect Tootie Smith said on FOX News the freeze made Oregonians “second-rate slaves” in their own homes.

On Friday, the Marion County Sheriff’s office said in a statement, “We recognize that we cannot arrest or enforce our way out of the pandemic, and we believe both are counterproductive to public health goals."

“Look, all of this is irresponsible,” Brown said in response to those criticisms. “These are politicians seeking headlines, not public servants, trying to save lives. My top priority as governor is to keep Oregonians healthy and safe. That's where I'm focused.”

The governor said Friday she’s promoting an “education-first” model, and she hopes enforcement won’t be needed. But she is employing the option in Oregon.

“This is about saving lives and it's about protecting our fellow Oregonians,” she said. “We have too many sporadic cases in Oregon. We can't trace these cases to a particular source. We have to limit gatherings and social interactions.”

In its daily COVID-19 briefing Friday, the Oregon Health Authority reported a record-high 1,306 new cases of the virus statewide.